Shortly after we moved to Texas we began learning about and even experiencing - sometimes intentionally, sometimes accidentally - the traditions for which TAMU and Aggieland are known. These traditions come in all shapes and sizes, from pride- and awe-inspiring to powerful and spiritual to bizarre and kooky, and we've enjoyed each and every one.*

Last weekend, while on campus to celebrate the grand reopening of Kyle Field as the largest collegiate football stadium in Texas (and the third largest in the country), we stumbled upon a tradition we hadn't yet experienced or even heard about, for that matter.

After walking two-and-a-half miles, petting the horses, dancing to live music, eating frozen yogurt, and admiring the new stadium, Will and Hallie had begun to fade. (Earlier that morning Hallie had danced for an hour and gone on a playdate, Will had played an entire soccer game and competed in a Tae Kwon Do tournament, and Tom and I had driven them both all over town; it's surprising any of us made it as long as we did.) 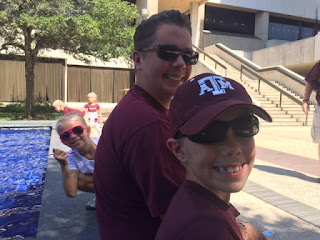 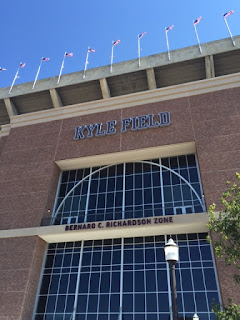 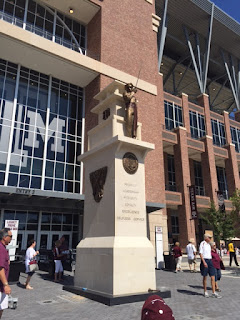 We started walking back toward our car, but paused when we noticed Aggies gathering three and four deep alongside one of the streets near the stadium. Tom asked a friendly-looking Aggie what everyone was waiting for, and when he explained that the Spirit Walk was about to begin we decided to stick around...despite the heat-related whining and having no idea what "Spirit Walk" meant.

As we soon discovered, the Spirit Walk is appropriately named. Approximately two hours and 15 minutes prior to kick-off, the football players arrive via bus at the Association of Former Students. The Aggie Band, already assembled and having just performed for the crowd, leads the players as they walk from the Association of Former Students to their locker room in the Bright Complex. Little kids stick their hands out for high fives, adults take photos of their favorite players, and Aggie players soak in the overwhelming amount of support radiating from the crowd. 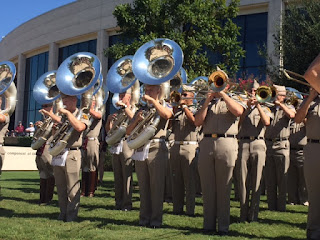 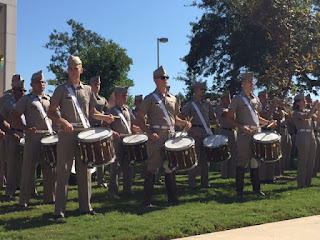 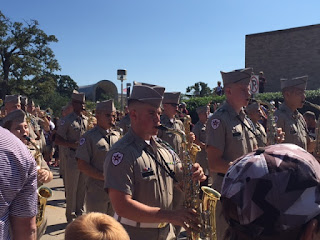 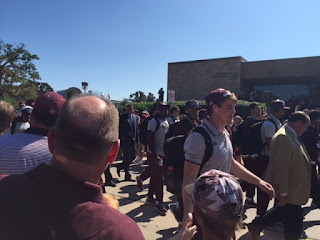 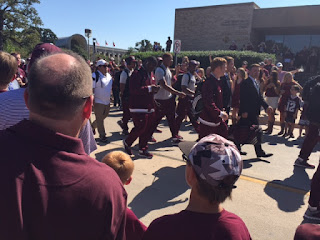 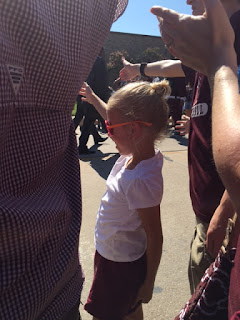 We may not make special trips to campus for future Spirit Walks, but should we find ourselves in the vicinity approximately two hours and 15 minutes prior to game time, we will certainly join the crowds of people waiting to cheer on the Aggie football team. We will also most certainly stand on the shady side of the street...

*Here are a few of my favorite "Tradition" blog posts.