When Bonfire collapsed at 2:42am on November 18th, 1999, more than 5,000 logs stacked 40 feet high came down on and around the 58 people working on the structure at that moment. 12 Aggies (11 students and one alumni) were killed, and 27 others were injured, some very severely.

Rescuing and recovering those trapped in the heap was a painfully slow and difficult task, as it was determined that removing the fallen logs manually was the safest route to take. The Texas Task Force 1 (the state’s elite emergency rescue team), the ENTIRE football team, and many members of the Corps arrived in the middle of the night to help as the Civil Engineering Department determined – in what sounds like a horrible game of Jenga – which logs could be removed and in what order they should be removed to give those still alive the best chance of survival and to keep the structure from collapsing further.

While a commission created by TAMU sited “excessive internal stresses on the logs and inadequate containment strength in the wiring” as the primary cause of the collapse, many also blamed school administrators for turning a blind eye – in the name of tradition – on an “unsafe structure being constructed with minimal engineering and safety protocols”. There were also claims of alcohol use/abuse at the site, as well as unsafe horseplay on the structure.

All that being said, focusing on what went wrong is not all that important anymore, especially because Bonfire no longer exists as it once did, and the Student Bonfire replacement is held to much more rigid safety and conduct standards. Focusing on recovery and honoring those who lost their lives is much more important, hence the memorial.

The Bonfire Memorial was completed in 2004 on the site of the accident. You enter the memorial through Tradition Plaza, meant to inspire reflection on Aggie traditions. 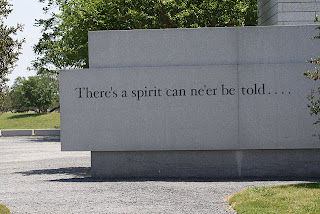 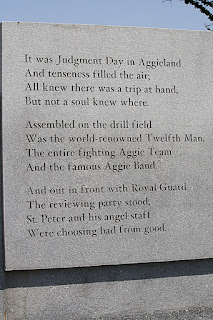 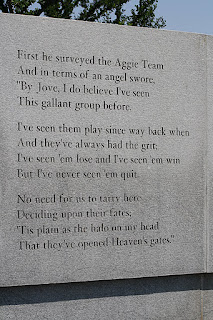 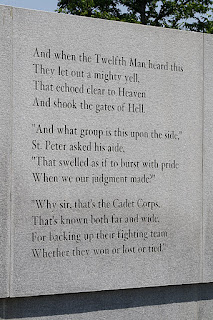 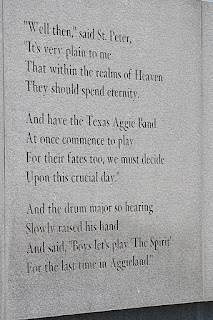 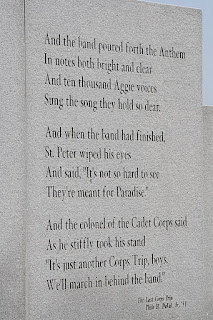 Next you enter the History Walk, which consists of 89 stones representing the first 89 years of Bonfire. There are gaps in the 89-year timeline to mark the 1963 Bonfire (which was dismantled instead of burned to show respect for and honor John F. Kennedy after his assassination) and the three previous Bonfire-related deaths. 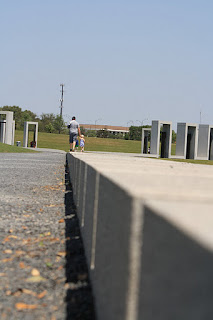 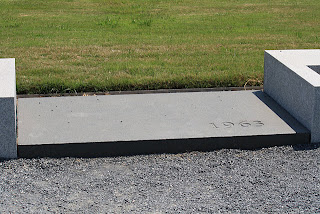 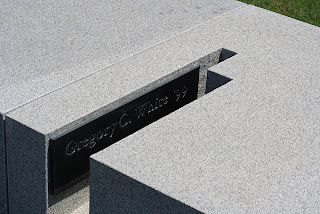 Finally you arrive in the Spirit Ring, which surrounds the site of the collapse and “represents the spirit that brought the students together.” Twelve large rectangular openings, one for each of the fallen students, are built into the ring. Each student’s opening is oriented toward their hometown, and is engraved on the inside with the student’s name, signature, face, and either quotes or stories about their life. The ring itself is built out of 27 stones, each one representing one of the 27 students injured when Bonfire collapsed. The center of the Spirit Ring is marked with an engraved stone, where many visitors to the memorial often leave flowers, coins, and mementos. 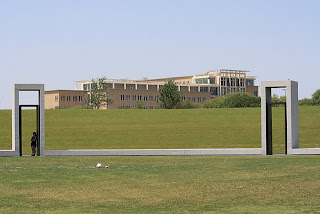 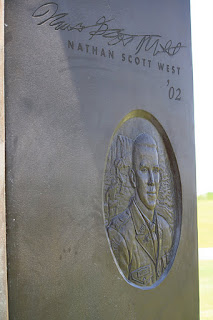 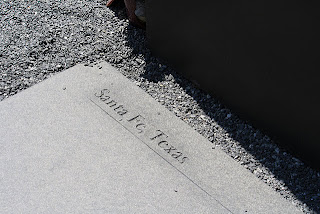 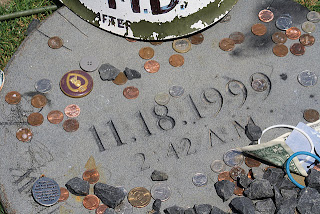 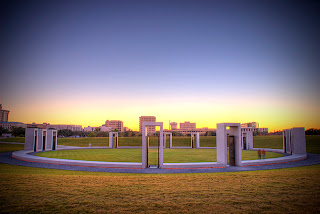 We obviously didn’t live in Texas, nor had I even heard of Bonfire, when this tragic accident occurred. But after a couple of days spent researching the tradition and recalling my visit to the memorial back in April, I feel as though I understand the Aggie spirit a bit more than I did before and am hopeful I will be able to witness that spirit firsthand at Student Bonfire in a couple of weeks.

To those who passed away twelve years ago today, rest in peace.
Posted by Chasing Roots at 8:54 AM