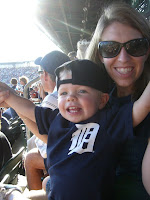 World Series, Baby!
My Detroit Tigers - the only baseball team I've ever loved (or cared about in any way, for that matter) - are going to the World Series after sweeping the Yankees in the American League Championship! The Tigers' victory is especially sweet, as not only do I regularly root FOR the Tigers, I also regularly root AGAINST the Yankees. (Sorry, Yankees fans.) Now I'm just counting down until October 24th, when the World Series kicks off!

Perfectly-timed Sports Photos
Tom sent me this link specifically to show me photo #22, which we both loved. I mean honestly, you couldn't have staged a better shot if you'd tried. I found the rest of the photos to be pretty funny as well though, so I thought I'd post the full link in hopes that you get a good chuckle or two out of the pictures, just as I did.

Is Alzheimer's Disease Type 3 Diabetes?
I almost skipped over this article all together, but something stopped me from closing the window and shutting down my computer. Alzheimer's Disease took my Grandma Hallie (my gal Hal's namesake) from my family more than 10 years ago, and since then I've worried about the disease taking another one of my family members from me or me away from my family because I assumed the disease was genetic. The jury's still out, but this article shares some interesting information about how we *might* be able to protect ourselves. Worth a read!

Red Cross: In Case of Fire
People do some ridiculous things. I'm hoping that talking about them - over on the Red Cross blog - will remind people to make smart choices and will ultimately result in lives saved.

And in Closing...
My words (well, someone else's words originally, but I fully endorse them) to get you through the craziest of days. 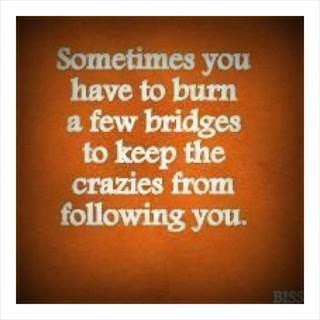