20 Things You Don't Know About Me

One of my favorite features in People Magazine (which I love, but can't usually justify purchasing and therefore only read when back issues are available at the library) is the "25 Things You Didn't Know About Me" feature. I enjoy reading about how celebrities hide candy bars from their children, just like I do.

So I thought I'd put together my own 25 "things", not because you asked, but because it's actually pretty fun trying to come up with 25 characteristics, experiences, preferences, etc. that I haven't already shared. As it turns out, I could only come up with 20, which confirmed for me that I have taken up permanent residence on Overshare Street. It's hard to be a blogger and NOT overshare, however, so that address is fine by me.

1. In an attempt to become left-handed, I wrote with only my left hand for the entire second half of third grade.

2. I've broken eight of my toes and my right thumb. My toes are no worse off, but my thumb, which was a little crooked to begin with (I have hitchhiker's thumbs), now bends backwards at a 90 degree angle.

3. I was accepted to the University of Wisconsin three times (undergrad, transfer, graduate school) but never once enrolled. Despite what I believed growing up, I don't think I was meant to be a Badger.

4. Throw pillows (and shoes for Hallie, but you might already know that) are my kryptonite.

5. I hate politics. And election years. (But I LOVE Saturday Night Live during the three months leading up to the Presidential Election.)

7. I cry. A lot. Especially when I watch sports-themed movies (think The Rookie, Rudy, Miracle, The Mighty Ducks), read quotes about children growing up too quickly, and listen to country music songs about mothers dying.

8. Every fall I create an elaborate chart so that I can more efficiently record and then sort through all of the new and returning television shows I want to watch. It's possible that my chart is categorized by day of the week, time of day, and channel and then highlighted with different colors based on a three-tiered ranking system related to my level of interest in the program.

9. I can't figure out if I'm an introverted extrovert or an extroverted introvert. I want to be a plain, ole' extrovert, but for some reason I just can't do it.

10. I'm allergic to tequila. Talk about a bummer.

11. I have no desire to work in the medical field, but am truly fascinated (and not at all grossed out) by injuries and illness, primarily those of a severe/serious nature. As a little girl I lived near a hospital, and when the medical helicopter landed I would run from my house to the landing pad (the way normal children run toward the ice cream truck) in hopes of catching a glimpse of the patient. 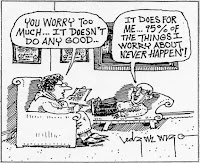 12. I'm a worrier. I worry about the obvious: my kids, my husband, my extended family, our health, our finances, our country, our planet, and those who are hungry, living in poverty, or homeless. I worry about the less obvious: whether or not people like me, whether for not my pants will fit tomorrow, the West Nile Virus, and going to the dentist. And I worry about the ridiculous: will Tom's Futurama recordings fill up the DVR and force the system to delete an episode of Scandal I haven't yet had a chance to watch? What if Hallie doesn't learn to read at the exact same age as Will did? What if Will never learns how to do a cartwheel? Tom only worries about his job, Will only worries about whether or not he'll get to play the Wii on the weekend, and Hallie only worries about what she's going to wear each day, so I justify all of my worrying by telling myself that I have to pick up the slack for the non-worriers in my family. I mean, if I don't worry about the DVR, who will?!

13. I was born on the one day of the year - November 22nd - that doesn't have an official astrological sign. Some astrologists consider those of us born on November 22nd Scorpios, while some consider us Sagitariuses.

14. I honestly believe that Disney World is the happiest place on earth.

15. My motivation for baking (at least 97% of my motivation) is licking the bowl. I usually choose which dessert to bake based on how the batter tastes.

16. If I had to choose only one beverage (besides water) to drink for the rest of my life, I'd go with milk. There's the Wisconsin in me coming out once again.

17. I don't like change (you probably already know that), EXCEPT when it comes to my hair and the weather. With regard to my hair, I need to cut it all off or dye it every 18 months or so. With regard to the weather, I need variety. I can't stand checking the 10-day weather report and discovering that it's going to be sunny for the next week and a half. I need clouds. I need rain. I need snow. (Tom and I often joke that a College Station meteorologist would be the easiest job in the world: put on a suit and tell the people, "today it'll be hot and sunny". You'd be right more than 98% of the time.) I'm pretty sure Seattle and I would be a match made in heaven.

19. I have a tattoo. I want a second one, but I'm waiting on my sis-in-law to design it for me. I've been waiting for more than three years - apparently she's very busy.

20. Despite having gone through two c-sections and been hit in the head with a flying saw (my over-excited cousin threw a saw across the room and it hit me directly between the eyes), I've never had stitches.

So there you have it/them. Anyone want to share with me? I promise I won't post it here on the blog, unless it's really funny of course.
Posted by Chasing Roots at 6:00 AM