Just a few interesting, albeit fleeting, experiences I had last week.

On Tuesday, I found myself in the unfortunate position of sitting within earshot of a couple who, I believe, were in the act of divorcing. As in making the decision to divorce, right there in Starbucks. They were both angry and bitter and behaving - at least in my opinion (I could hear every word they said and easily observe their body language) - completely irrationally. It was heartbreaking. 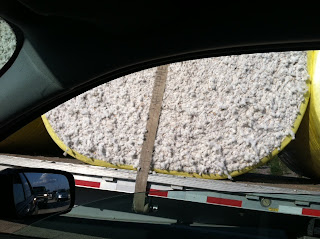 On Wednesday, I pulled up next to an 18-wheeler stacked sky-high with bales of wool. I'd never given any thought to how wool was transported (I'd never given any though to wool at all, at least beyond what I'd learned on Reading Rainbow), and was surprised to see such significant quantities of the fiber up close and personal. I took pictures out the window of the car while at a stoplight, until the driver in the car behind me got feisty and started honking, that is. It was surprisingly fun.

On Thursday, while driving down the freeway, I noticed something small and pink bobbing up and down on the back of a motorcycle. My curiosity got the best of me, and I sped up to investigate. This is what I saw. 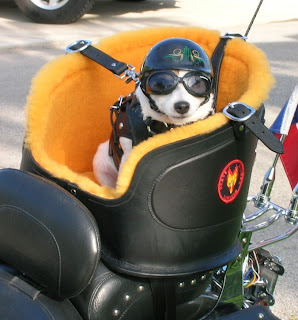 Except the dog was bouncing up and down (we were on the freeway), her hair and lips were blowing backwards, and instead of a black helmet, she was wearing a pink helmet. 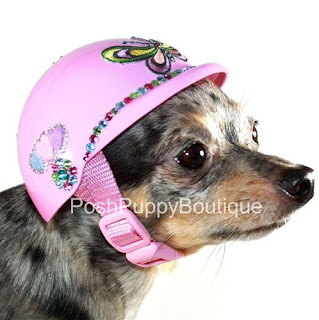 I obviously couldn't take my own pictures, since I was driving 70+ MPH down the highway, but I couldn't stop staring at that dog, riding in the lap of luxury. It made my week.
Posted by Chasing Roots at 6:00 AM