Last weekend I walked in to mine and Tom's room to find the kids cuddled together and watching a cartoon in our bed. They weren't teasing, pinching, hitting, or kicking each other (which I'm certain had more to do with the fact that they were engrossed in the cartoon and less to do with any sort of overall change in behavior), and for just a minute I could see them as they were three years ago: sweet little babies with ONLY cuddles and love for one another. 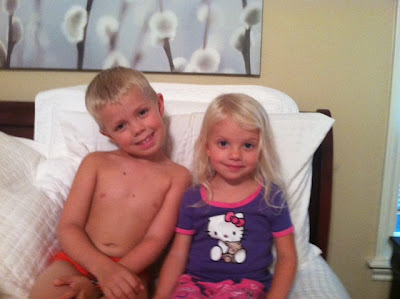 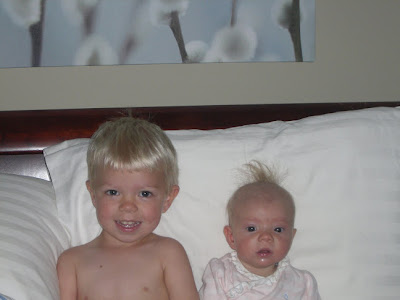 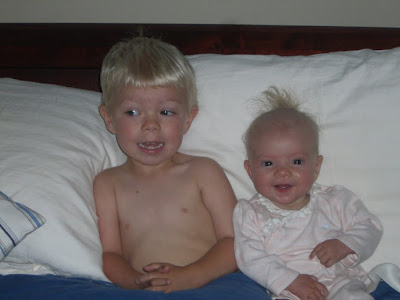 I could also see that our bedroom in Texas looks exactly like our bedroom in Michigan: same comforter, same sheets, same throw pillows, same pussy willow picture on the wall, and same wall color.  The funny thing is that since we've moved to Texas I've replaced the comforter and the sheets and painted the walls in the bedroom; avoid change much, Erin?
Posted by Chasing Roots at 5:30 AM