We don't have season tickets to watch the Aggies play because 1) tickets are expensive and 2) as a faculty member, Tom is basically on the bottom rung of the football ticket priority ladder, at least when it comes to people who have any sort of affiliation with the school. We hope to be a part of the Kyle Field excitement at some point, but right now it just doesn't make sense for us to buy four - or even two - season tickets in the nosebleed section of the stadium.

But because we love the atmosphere surrounding college football, we still try to be part of the game day experience each week by tailgating, hanging out with Kirk and Lee, wandering around campus, and taking in the sights.

The Corps of Cadets, marching into the stadium.
The guns, the swords...Will can barely contain his excitement
when he sees such elaborate displays of weaponry. 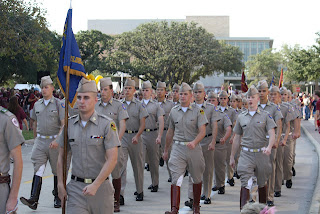 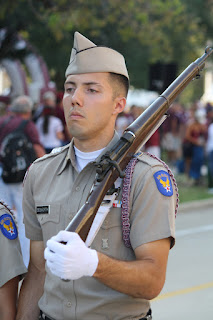 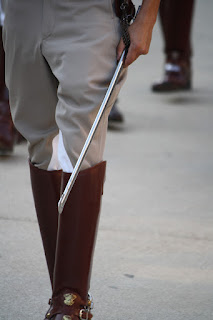 Members of the Corps of Cadets folding an American flag. 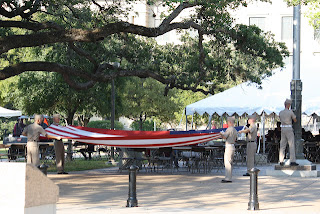 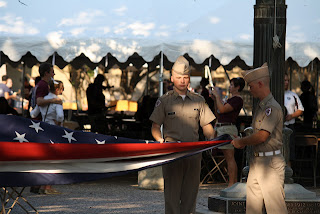 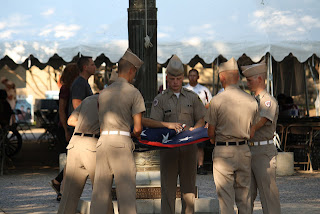 I hid behind Tom so these two classy guys wouldn't see me taking their picture;
I just couldn't walk away without capturing on film this 80's flashback.
(That's actually a case of beer on his shoulder, but in my head it's a boom box.) 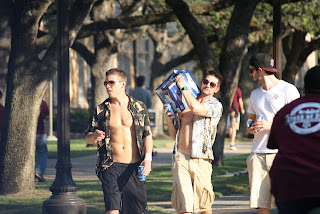 Sometimes we just stop in the middle of the street and dance a little. 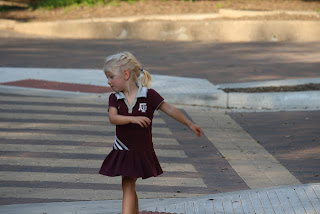 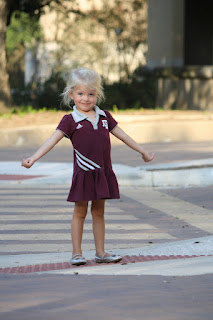 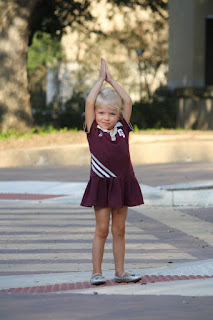 It took me more than 20 attempts to capture a photo of these jets flying
overhead; since they fly faster than the speed of sound it's tough to figure
out where they're coming from and when to take the picture. 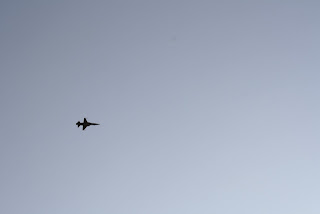 Views of a packed Kyle Field, which we drove by on our way home. 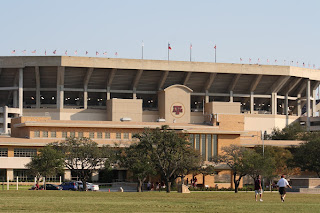 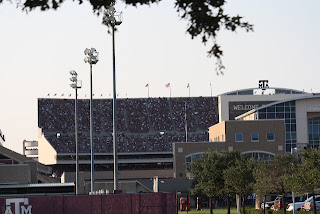 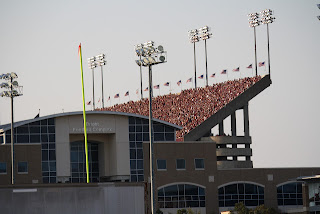 And a view of one of my little pip-squeaks in the backseat (can you
tell it was hot outside that day?) after one of our Saturday adventures. 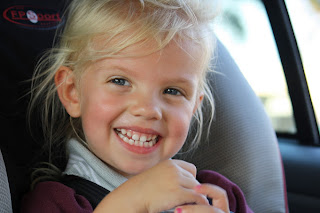 Our Saturdays are a little less eventful than they once were, but they're certainly not bad. Not bad at all.