It's hard to believe that 2012 is coming to a close...just last month I finally stopped accidentally writing "2011" (and then crossing it off and writing "2012") on my checks.

Stop giving in to Hallie's ridiculous bedtime demands and teach that girl to GO. TO. BED.
In July, we'd made very little progress since January. And now, in December, we've made very little progress since July. We don't give in to Hallie, but that doesn't mean she doesn't still make demands ("I NEED SOCKS ON MY HANDS!, YOU NEED TO CURL MY HAIR!, I NEED TO WEAR A LEOTARD!, MY PINK OCTOPUS IS LOOKING AT ME!, I FORGOT TO MAKE A SNOW ANGEL IN MY SWIMSUIT!"). Since Tom and I can't seem to figure out how to smooth out Hallie's bedtime routine, we've started making it interesting by placing bets on how many times she'll come out of her room and hiding as soon as we hear her door open. I'm not proud of our behavior, but it keeps us sane. Sort of.

Teach Will how to independently use his inhaler and epi-pen in preparation for kindergarten.
Success! Will isn't yet allowed to self-administer his inhaler and epi-pen at school, but he now knows when and how to use both and will be officially ready to go when he starts first grade next fall (there's quite a bit of paperwork involved and we're not going to tackle it until this summer). 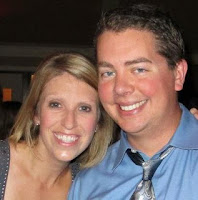 Meet Tom for a lunch date at least once each month. Choose restaurants where our meals cost less than $20 combined.
Ha. During the first six months of the year we went on one lunch date, on one double date with my sister and bro-in-law, and to one wedding. We did a little better during the second six months of the year, but that's only because College Station finally got a Panera and we're both willing to drop just about everything for a chance to enjoy their coffee (him) and pastries (me).

Finalize our will, set up a 529 plan for Hallie, and start contributing regularly to both kids' 529 plans.
I haven't finalized our will (argh), but I finally took care setting up and contributing to the kids' 529 plans. These college savings plans may be my greatest accomplishment this year.

Address the "Ferris Family Recliner Situation". More specifically, reupholster Tom's teal recliner so that it can move from the garage to our bedroom. OR...purchase a new recliner and convince Tom that the new recliner is in fact his old recliner reupholstered.
This task was accomplished during the first half of the year and was my first official success, which I think say something about how important addressing the recliner situation was to me. The chair remains Tom's absolute favorite seat in the house.

Read one book each month and figure out how to check out library books on my Nook.
During the first six months of the year I read one book each month. Exactly halfway through the year I discovered The Hunger Games, and since that day, I've been devouring books like my life depended on it. In addition to reading all three books in The Hunger Games series (The Hunger Games, Catching Fire, and Mockingjay) twice, I also read The Silver Linings Playbook, The Help, Moonpool, 11/22/63, The Next Best Thing, all four books in the Twilight Saga (Twilight, New Moon, Eclipse, and Breaking Dawn), and The Christmas Train. I'm so pleased that I made - and kept - this particular resolution, because along with discovering The Hunger Games trilogy and the Twilight Saga stories, it has reminded me how much I love to read and really invigorated my mind. Oh, and the library's e-reader system isn't compatible with Nooks. Just my luck.

Knit two scarves for friends/family members who live in climates where scarves are worn.
I finished two scarves but haven't gifted them yet. Want a new scarf? Let me know in the comments and I'll send one your way!

Climb into bed no later than 11pm with the goal of turning off the light by 11:30pm. Skip the late-night reruns of Grey's Anatomy - it's not like I haven't seen them all two or three times before.
The television networks made this one easy for me during the second half of the year - they replaced Grey's Anatomy reruns with reruns of some other crappy crime drama that I found considerably less interesting than every book I've read since June. I'm still tired on Monday mornings, but at least now it's because I stayed up late reading about Bella and Edward.

How about you? How did you do on your New Year's Resolutions?
Posted by Chasing Roots at 6:00 AM