She is kind, tender, clever, and creative. She is strong and brave. She works hard and plays hard. She loves to move her body with wild abandon, but also to sit quietly with her thoughts. She fears the unknown, but is not afraid to stand her ground. She reacts ferociously when something upsets her or rocks her boat, and exuberantly when something pleases or pleasantly surprises her. Her emotions cannot be tamed, and we have learned over the years to let her (in a manner that doesn't hurt her or anyone else) feel every last one of them.

For the first nine years of her life, I would have added to the description above that Hallie wears everything she feels - from jubilation to despair to outrage - on her sleeve. But throughout the last 12 months, I have noticed a change in this one area. This year she began to develop a shield, to alter what she shares with the world.

Only a few people can see through it. I can. Her best friends can. A couple of my best friends - who see her regularly and for extended periods of time - can, and interestingly, her long-time dance teacher usually can as well. (Take from that what you will about how much time Hallie spends dancing.) But she wears her shield well, and even her daddy and brother can't always tell when what's on the surface doesn't match what's underneath.

I can almost certainly pinpoint when and where Hallie first needed her shield. Since she saw our elementary school's annual production of Piggie Pie as a kindergartener, Hallie dreamed of one day taking the stage as the show's antagonist, Gritch. The character looks like a cross between the Wicked Witch of the West and Pigpen and is an animated, emotional, hot mess of a villain. Hallie knew she was born to play the part (as did many other parents, teachers, and students, who regularly told her so) and she wanted nothing more than to tangle her hair, don a black cape, and cackle her head off in front of the entire school. She even mentioned her plans to audition to her teachers when we met with them at the beginning of the school year.

On the day the roles were announced - she tried out for both Gritch and the Narrator - Hallie arrived home with her shield in place. She said goodbye to her friends wearing a smile...the kind of smile that involves only the lips and hides deeper, darker emotions...but when the backdoor finally closed behind her, Hallie turned to me and let her shield crash catastrophically to the floor. For a full hour, her whole body sobbed. For a full hour, I held her on my lap as she cried every last angry and heartbroken tear.

Needless to say, Hallie had not received either role. Adding to her pain was the fact that a good friend had been offered the part of Gritch and her two best friends at school would split the part of the Narrator.

Later that evening as I cleaned out Hallie's backpack, I found a note addressed to me from one of Hallie's teachers. Among other things, it read:

I remember meeting with you at the beginning of the year. The part of that conversation I most strongly remember is how badly Hallie wanted to be Gritch. When Mrs. S. announced roles today Hallie responded with such maturity, selflessness, and graciousness.

She stayed strong from the moment her teacher read the cast list out loud until the moment she reached the safety of our home. She carried her shield to prevent her sorrow from diminishing the joy of those around her. Simultaneously my heart ached with pain and swelled with pride.

This experience occurred more 10 months ago, just six weeks after Hallie's ninth birthday, but I somehow knew it would in many ways define her 10th year on earth. On that day she tested out and discovered the efficacy of her shield, and since then she has used it a number of times. I know a shield is frequently beneficial and occasionally necessary. But I also know that Hallie's emotional depth and breadth are arguably her most defining characteristics; they are tightly woven into the fabric of her being and have become one/two of the things we love most about her.

The value of emotions comes from sharing them, not just having them. ~ Simon Sinek

My wish for Hallie's 11th year is that we - she, with my help - can find a balance. A way to use her shield when appropriate or necessary, and only then. A way to protect, respect, and celebrate those around her while also protecting, respecting, and celebrating her emotionally overflowing heart.


Seven years ago I began the tradition (2012, 2013, 2014, 2015, 2016, 2017, 2018) of sharing a song - one that reminds me of her and encompasses what I hope for her as she grows older - with Hallie on her birthday. I usually know Hallie's songs by the end of the first time I hear them, primarily because they bring tears to my eyes. I heard Boat Song for the first time shortly after Hallie's ninth birthday and when it came across my Facebook feed. I had been sitting in bed working on my laptop when the song began to play, and when the last notes faded I looked down and saw a little puddle of my tears on the mousepad. When I know, I know, and on that day, I knew. 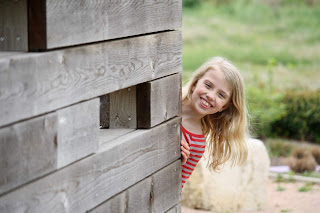