I almost scrapped today's post completely, y'all. I spent an hour on Sunday evening writing text and adding pictures, but when I came back to the post on Monday afternoon, everything had disappeared. I guess I shouldn't have been surprised - Monday felt like a Monday in every way possible. And I thought long and hard about skipping today completely or posting something grumpy, but in the end I decided to put together an abbreviated version of what I had first crafted.

Oh, and I KNOW I saved my work. Many times.

One
Will's soccer team had an incredible opportunity to practice with the Houston Dynamo's Development Academy team (think of a MLB farm system team that feeds players into the minors and eventually the majors) last Thursday night. We had to drive an hour and half each way on a school night, but the trip was worth it, not just for the instruction, but for the experience as a whole. The coach of and the players on the Development Academy team were talented, yes, but they were also leaders, team players, and good sports. Will won't ever play professional soccer, but someday he might be able to say he practiced with a professional athlete or two. 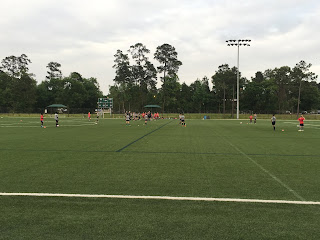 Speaking of, last week Will "trained with" an Olympic Gold Medalist! United States sprinter Phyllis Francis was working out at Will's gym during his weekly personal training session, so while Will and Phyllis didn't exactly hang out and get to know each other, they still shared a relatively small fitness space while training for their respective sports.

Two
Last Friday night Will participated in his first Solo Ensemble competition. His seven-person ensemble performed as a quintet due to one illness and one miscommunication about their scheduled time, and he performed a solo as well. Though he didn't walk away from the experience feeling confident, I was so proud of him for trying something new and intimidating.

Post-Solo Ensemble, Hallie and I donned our pinkest outfits and headed to the theatre to watch our friend, Paloma, crush the role of Sharpay in her intermediate school's production of High School Musical. Meanwhile, Tom and Will attended Tom's department's annual banquet, where Tom received two different awards and Will impressed everyone with his luscious blond locks. 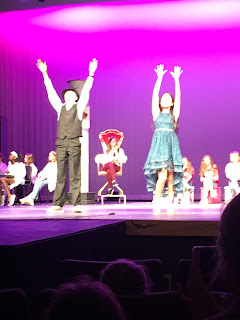 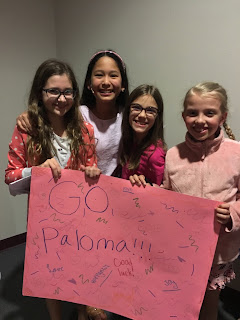 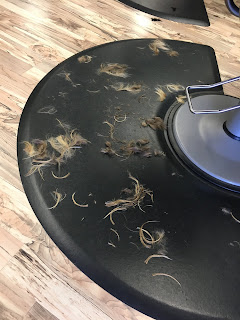 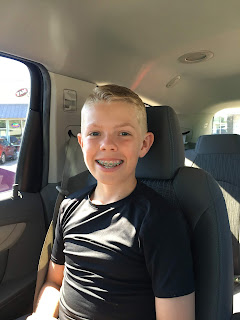 Minus the braces, he looks 16, doesn't he? Where did my baby go? 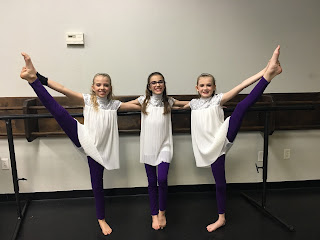