My first blog post for the Mama Bear Dares website went up earlier this month! For the time being I am writing a monthly "Mama Bear Self Care" post for them, and while I will always link to my posts here on Chasing Roots, I encourage you to visit their website and check out some of the other fantastic blog posts about Mama Bears.

I wrapped up and submitted another article for Texas Living Magazine - this one about the intentional sinking of The Kraken ship off the coast of Galveston - and am now trying to finish up another article about texting and driving for MomsEveryday while brainstorming ideas for future "self care" posts. Ideas? I'd love to hear them!

Reading
At the end of February I committed myself to reading 10 pages of a book – no magazines, no online articles – every night for the entire month of March. At first I would climb into bed at or after 11pm and begrudging read my pages before going back to my phone to wrap up the night. But as time went on and I began to lose myself in my book, I started heading to bed earlier and earlier to increase the time available for reading. An added benefit was that I started falling asleep more quickly once I finished reading and sleeping more soundly throughout the night. I also woke better rested and without the neck ache I had been dealing with for months. Not bad for 10 pages a night!

Also out of my 10 pages a night came TWO finished books! A Powerful Secret by Dr. Kevin Leman and Jeff Nesbit took me a few days to get into, but that likely had nothing to do with the book itself and everything to do with me trying to end my reading dry spell. I never felt particularly fond of the characters in this book, but I found the premise (you can read about it here) interesting enough to keep me engaged until the last page. Behind Closed Doors by B.A. Paris jolted me out of my comfort zone. I expected intrigue and mystery, and I received both...along with a dose of confusion, shock, and disbelief. At times I considered putting this story down - because the subject matter weighed heavily on me, not because the book wasn't well-written - but I grew incredibly attached to the protagonist and could not walk way without knowing her fate. 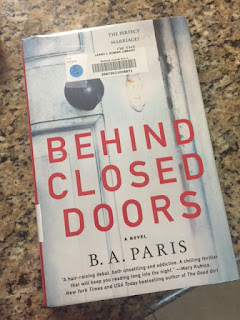 Watching
At the beginning of the month Tom, Will, and I watched Arrival. I had long looked forward to the day when the four of us (or in this case, the three of us - Hallie was at a sleepover) could watch, understand, and enjoy a non-cartoon/non-children's movie together. Fantastic Beasts fit the bill last month, and Arrival did the same in March. This mysterious and suspenseful science fiction film kept us guessing throughout, but the ending provided at least some closure, which is a must for me when it comes to movies. A note to parents: Arrival is rated PG-13, but I honestly couldn't figure out why. It didn't contain anything I considered inappropriate for Will (or Hallie, for that matter), and because the plot prompted impressive higher-level conversations about communication, morality, and humanity, I wouldn't hesitate to allow Will to watch it again or recommend it to other older children.

Hallie and I saw and adored Beauty and the Beast. After the stunning visual effects and glorious musical numbers, my favorite aspect of the movie was the subtle but powerful shift in how Belle was portrayed. Though at the time an empowered princess by Disney standards, the original Belle came up short in regards to strength, independence, and intelligence when compared to this Belle. I love these live-action Disney movies and can't wait for the next two: a Mary Poppins sequel and Mulan!

Last but not least, the four Ferri have watched plenty of March Madness basketball this month. Speaking of, we'll crown our winner tonight!


Listening To
I finally figured out how to use my phone's bluetooth to listen to music in my car! Well, most of the time...I still have a few kinks to work out. Interestingly, I don't recall transferring from my computer any of the songs on my phone, so the music that comes up surprises me at every turn. Thus far we've listened to an eclectic mix of The Wanted, Sugarland, Tori Kelly, Shakira, Pitbull, Phil Collins, Pentatonix, Paul Simon, One Direction, Indigo Girls, Imagine Dragons, and Adele.

We have also listened to Charles Rangel's CD - perhaps you remember his tap guitar from last week's Austin City Limits post - quite a few times. The music on the CD feels more like blues than simple tap guitar (kind of a disappointment to me, as I could listen to Rangel's tap guitar all day), but Tom and the kids enjoy jamming to it.

Trying/Using
Remember this wreath? I mentioned it a couple of months back after admiring it at Target. Well, when my mom visited earlier in the month she arrived with the wreath for me and it looks amazing on my front door. 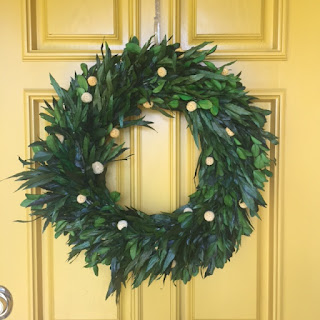 Also during my mom's visit we bought a carpet cleaner. (We were in the midst of making over Hallie's room and because we didn't want her to open her door, we told her we had cleaned the carpet. We felt a little guilty about our fib, so we decided to actually clean the carpet.) How have I made it to 30-something years old without owning one of these?! Watching it suck out the ground-in dirt (troubling in and of itself, given that I vacuum twice a week) was so satisfying, and while I still hate the carpet in our house's bedrooms, I hate it a little less now that I know it's clean.

Did you try the 40 bags in 40 days Challenge? I haven't reached 40 bags yet, but I continue to clean, clear out and even purge in a few places. It feels amazing! 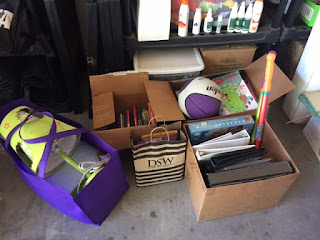 Wearing
Though warm weather has arrived in Texas, I find myself unable to release the death grip I have on my "winter" wear. Whereas I used to transition to shorts by the time the mercury reached 70 degrees, last week I wore jeans and boots as I walked to pick the kids up from school in sunny, 86-degree weather. Needless to say, I arrived back home a sweaty mess. I anticipate having to make a few changes in April...

Eating/Drinking
March turned out a few delicious (and a couple not-so-delicious) new recipes. Try either of the first two for dinner, and then finish off your meal with a cherry limeade cupcake! 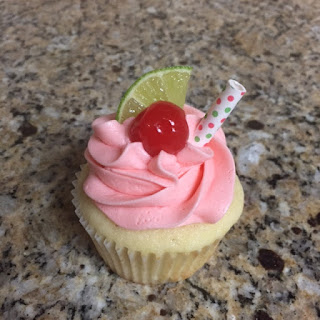