1. On Thursday night we had the opportunity to watch a soccer game between the Aggies and the Houston Dash. While technically superior and eventually victorious, the Dash players came up short in both the sportsmanship and "heart" categories; I walked away from the game a bigger Aggie fan than before and unlikely to ever make a trip to Houston to see the Dash play. (I'd make an exception if I knew Carly Lloyd would play. She and Morgan Brian - both members of the National Team - missed the game against the Aggies because it conflicted with a National Team game against Russia.)  Will took his job as a ball boy seriously, and worked hard enough that one of the Aggie coaches actually complimented him on his efforts and his ability to stay on top of the game. While he wished the Aggies would have come out on top, Will LOVED having a front row seat - getting to work just six feet from the field and the sideline on which the players stand - to such high caliber soccer.
2. After two failed attempts to organize a birthday party for Hallie (both plans fell through but for different reasons), she and I settled on just having her four closest friends over for dinner, cake and ice cream, and a few games on Friday evening. We ended up throwing in a piñata, photo shoot, craft project, and Equestria Girls jam session, and as Hallie and I drove home after dropping everyone off late that night, she told me it was the best birthday party of her entire life. I may have teared up a little, but Hallie didn't notice thanks to the cover of darkness. 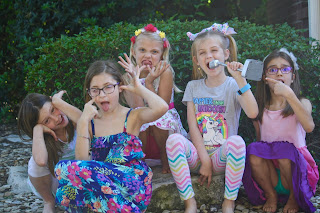 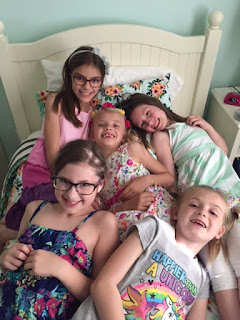 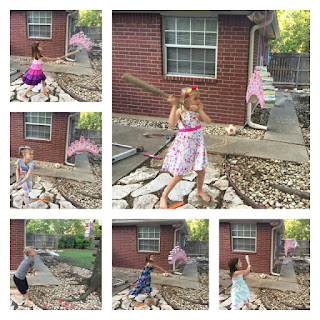 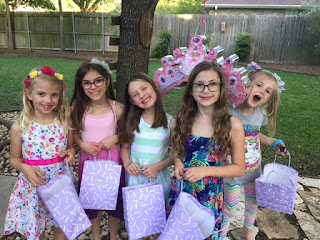 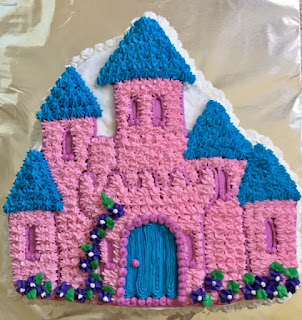 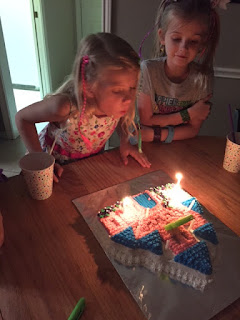 3. On Sunday we - the four Ferri along with our friends/neighbors - held our 2nd Annual Easter Egg Hunt. We stepped it up a notch this time around...a certain husband and father dressed up as a giant man bunny thanks to a costume my mom found when cleaning out her basement a couple of months ago. "Almost" all of the kids had fun! 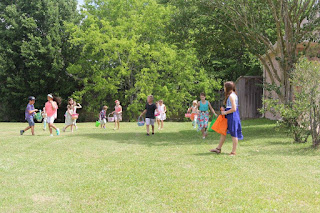 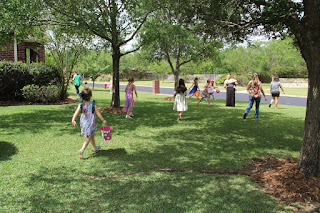 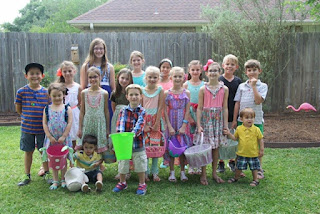 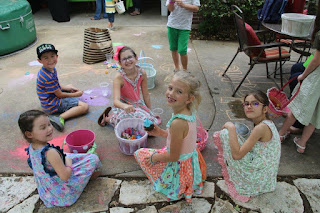 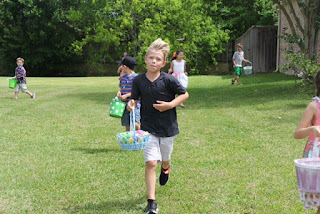 4. Hallie's actual birthday - Monday - went beautifully. She awoke to a room full of birthday balloons (an accidental tradition), ate birthday donuts for breakfast, shared treats with both her classmates and her Mini Company friends, took us out to dinner at her favorite Mexican restaurant, tore through her presents, and finished the day by blowing out the "8" candle one last time. Thank you to everyone who helped make her birthday and birthday weekend special! 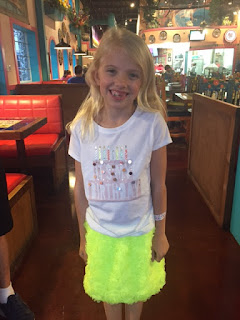 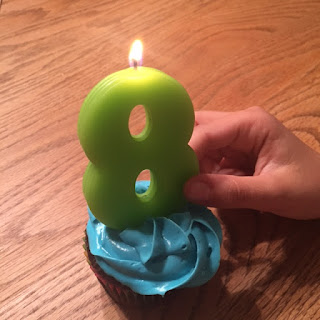