I usually share our NCAA Men's Basketball Tournament predictions before the first round games actually start, but when my printer took approximately 27 hours to scan each of our four completed brackets, I didn't have time to pull the entire post together before we left on our spring break adventure.

And now I've gotten off track…

Ferris Family March Madness began 11 years ago with a simple, friendly competition between newlyweds. Nine years ago our cat, Duke, joined the game when we developed a complicated treat- and toy-based selection system to help him fill out his bracket. (Will and Hallie hadn't yet entered the picture back then, so spending time on cat brackets didn't seem as ridiculous as it seems now.) Seven years ago Will participated for the first time, and five years ago we entered Will's bracket in our online pool for University of Michigan graduate students and he didn't finish in last place. Two years ago Hallie participated for the first time, and while she finished a distant last both that and last year, she adds a little excitement and commotion to the competition; there's nothing like trailing a four-year-old who made her choices based on how pretty the school's name sounds when she sings it in the shower. 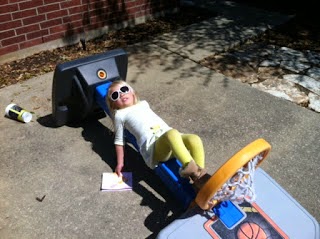 "Ohhhhhh-Oak-lahoma where the wind comes sweepin' down the plain!" (Yes, she actually sang that song while working on her bracket.)

Here's a little history of our family competition for those of you who might be interested: 2008, 2009, 2010, 2013, 2014. (Apparently we didn't write about the madness in 2011 or 2012.) I highly recommend checking out the 2013 post, as it links back to an adorable video of two-year-old Will making his bracket choices and breezing right past his now-beloved Aggies.

Now that the 2015 tournament is underway, the competition 'round these here parts is fierce. I'd rather not lose to Hallie, but I'd gladly lose to Will - that boy did extensive research and put more thought into his bracket than the rest of us combined and he deserves his first victory. 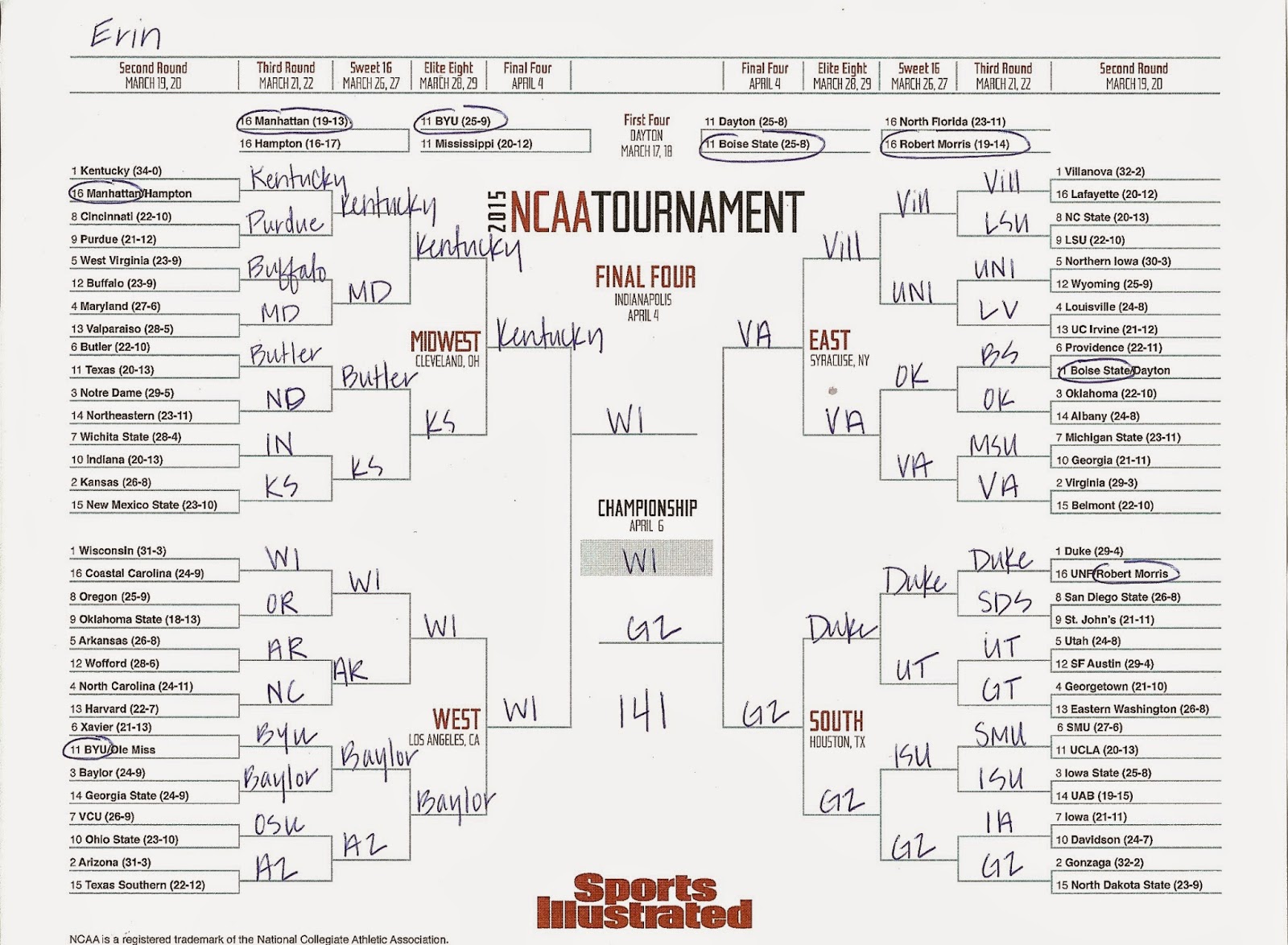 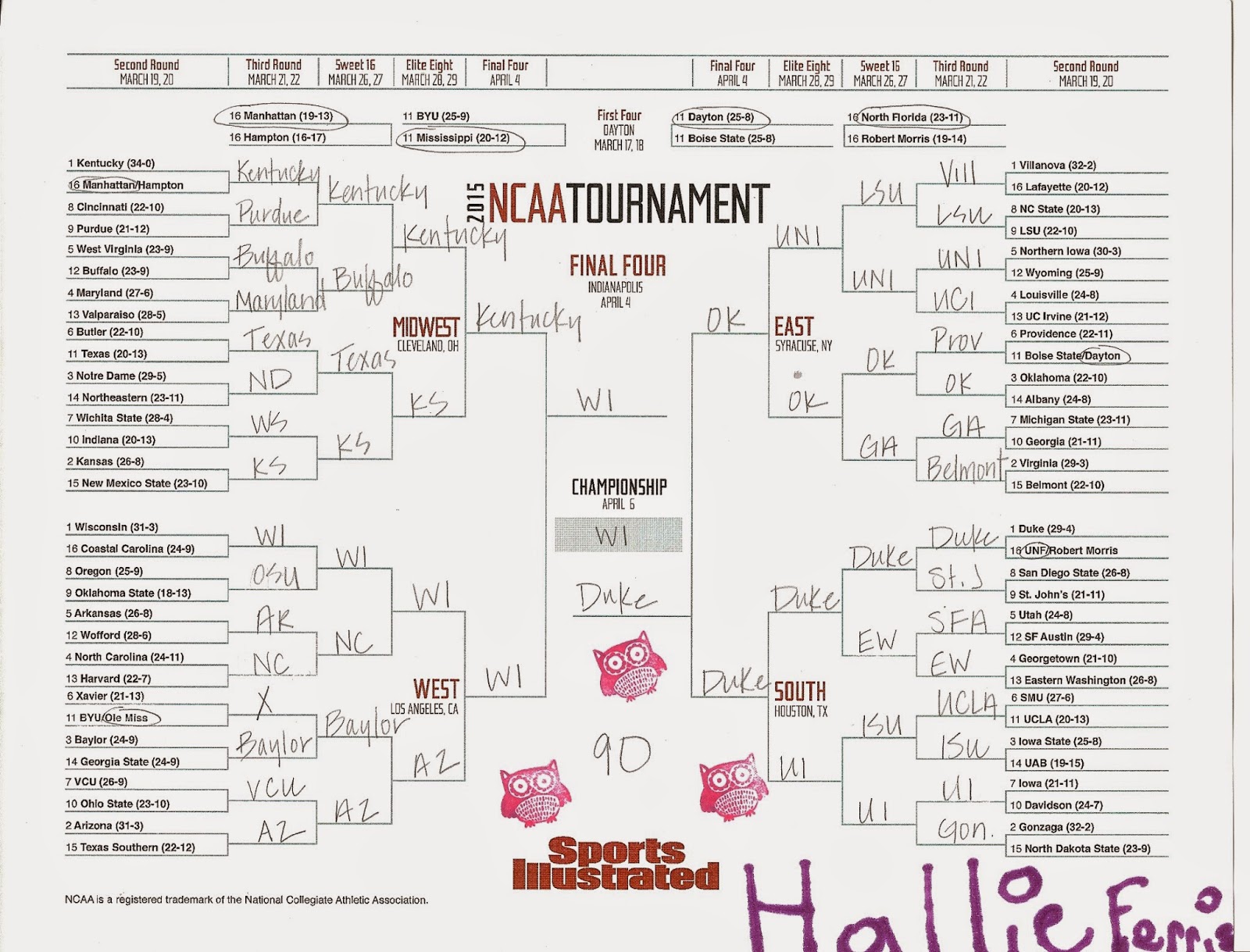 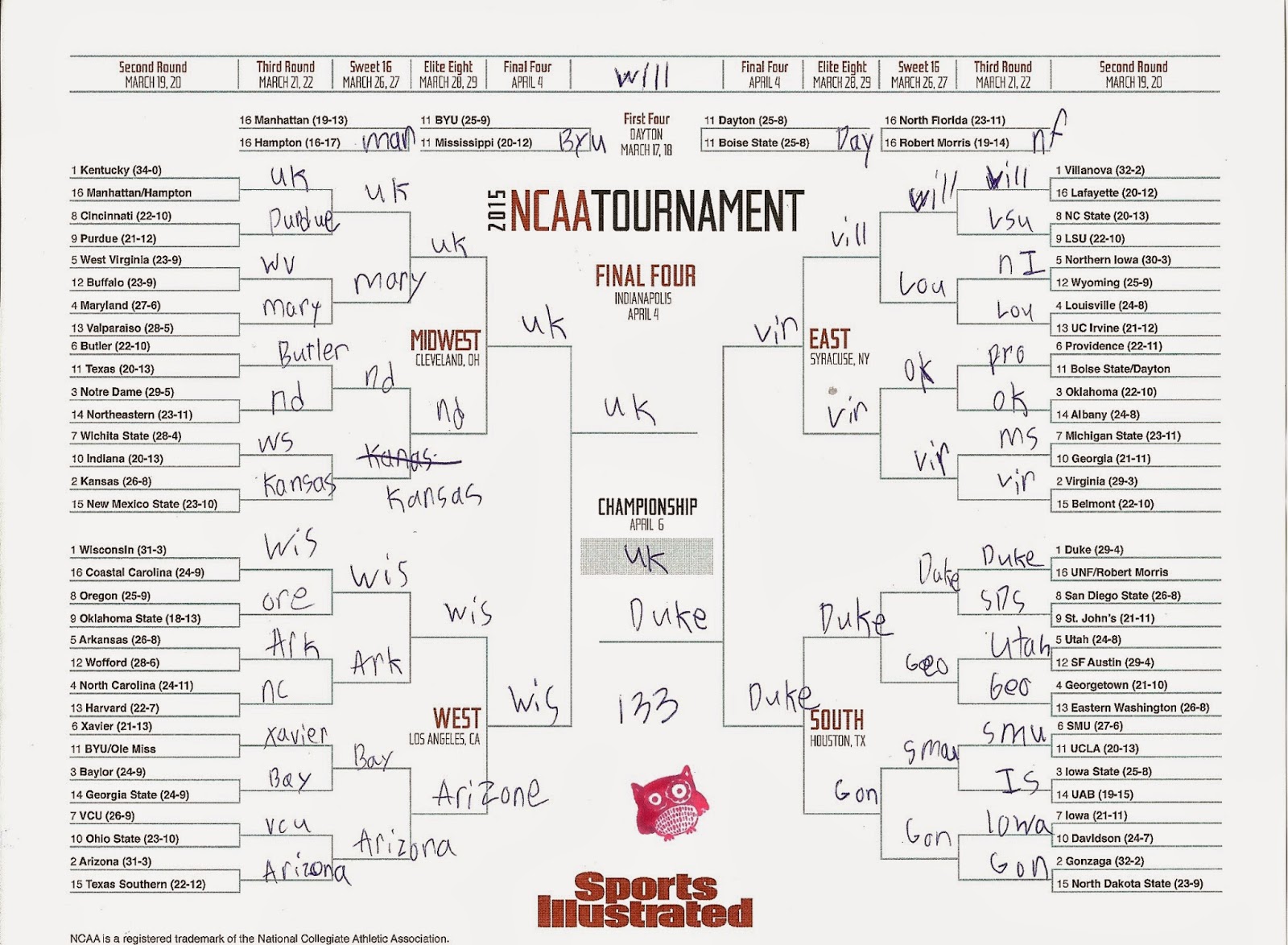 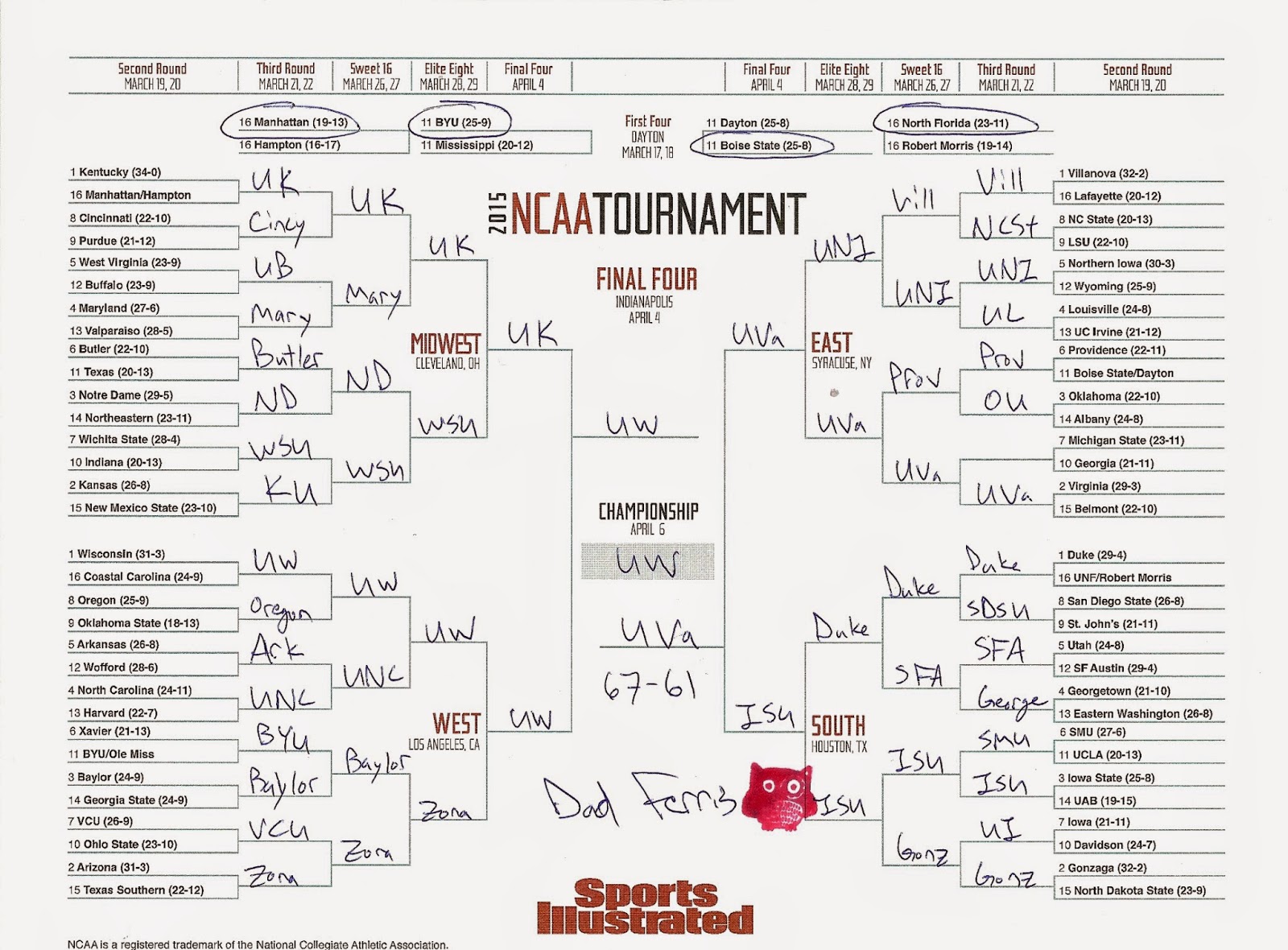 As of last night/this morning, the family standings are as follows:

The 2015 battle of the brackets will end in cheers for one and tears for (at least one of) the others, and then after all is said and done we'll talk about how much we love this family tradition and can't wait to do it all again next year.
Posted by Chasing Roots at 5:00 AM