The majority of my personality traits come from my mother. The one exception - or at least what I thought was the one exception until this past weekend - is my tendency to avoid conflict and keep the peace, which I inherited from my father.

Back in the day my dad coached my and my sister's soccer teams. He stood out to all who coached with or against him, played for or against one of his teams, and watched him from the sidelines as one of the most patient, kind, fair, and unfailingly positive coaches ever to volunteer for the league. He knew very little about soccer when he first picked up his trusty sidekick of a clipboard, but he took it upon himself to learn as much as possible about the game - even taking the referee training course and becoming a certified referee - so he could better teach his players and guide his team. Thinking back, I honestly can't remember my dad ever losing his temper with us, either on the soccer field or off, but for one time.

Indoor soccer began gaining popularity during my middle school years. The first facility in Madison took shape thanks to a couple of local "soccer guys" - men who played in their younger days and eventually turned the sport into a lifestyle by becoming referees, coaches, and soccer facility/store owners. One winter evening my sister's team took the field against a team coached by one of the owners. When the referee didn't show for the game, the coach/owner declared that he would both coach and referee. Allowing the coach of one team to also referee the game? Talk about unfair. And it's not as though my dad could complain about this injustice because the coach-turned-referree also owned the joint.

I can't remember for certain, but I have to believe that the parents and fans fell silent. Here was the coach who had not once in 10 years even raised his voice except to positively encourage, banished to the parking lot for yelling at another adult. (I think everyone was probably secretly proud of him, actually…)

As he walked past the stands, my dad looked at me, pointed to the side of the field where my sister and her stunned teammates stood with their jaws dropped all the way down to the turf, and said, "you're up". I was only in ninth grade, but I coached the remainder of that game and went on to coach quite a few of my sister's games throughout the next few years.

I'd completely forgotten about that day until Saturday morning at Will's soccer game when, to summarize, I nearly lost my mind.

The goal of U8 soccer, at least in the city league, isn't to breed professional athletes but to provide kids with an opportunity to have fun, learn about the sport, and develop their skills. One way to teach players about the game of soccer is to provide them with officiating that supplements that which they're learning from their coaches, meaning that referees explain their calls immediately after they make them. (For example, if a player throws the ball in incorrectly, the referee stops the game, quickly explains to the player how to improve their technique, and gives the player a second chance.) The only way for this to work, however, is for referees to MAKE THE RIGHT CALLS.

You guys. The officiating at Will's Saturday morning game was laughable, except I - as a rule-following, competitive firstborn with extensive knowledge of the rules of soccer - couldn't laugh about it. Four times in the first half the referee made the wrong call regarding a throw-in. Twice he blatantly disregarded dangerous high kicks. And once he handed the opposing team a corner kick - which led to a goal - when they had kicked it out of bounds. Even to an unaffiliated bystander it looked like this referee had been paid off by the opposing team. Tom made a joke about what it must have cost the other team to get the referee in their back pocket (he wasn't nearly as upset by the blatantly incorrect calls as me), but backed off the clever remarks when he saw that I found the situation far from funny.

As I sat in my folding lawn chair and watched the referee make bad call after bad call, I could feel my blood pressure rising. Initially I just made comments about the poor calls under my breath, but when they continued happening - and influencing the game - my voice got louder and louder. I started whacking Tom with the back of my hand and asking, "DID YOU SEE THAT ONE?!"; he responded with calming remarks at first but quickly switched over to looks that seemed to say, "you'd better watch yourself, because if you get kicked out of this game I won't bail you out of soccer jail". At one point he gave up on me and said something about how I might as well go ahead and get kicked out...doing so was a rite of passage in the Mueller family. Suddenly the memory of that day and my dad began to come back.

I yelled commented loudly quite a bit more, aware that I was pressing my luck but unable to just sit there and ignore the injustice. I willed myself to stay in my seat, however, and I talked to our coach - instead of approaching the referee (which would surely have gotten me kicked out) - at halftime. I got a grip, so to speak, so I wouldn't miss the remainder of the game. And I'm so glad I did, because with three minutes left Will's coach moved him from goalie to forward - reminding him that they were down by one goal (that's all the motivation my boy needs) - and he scored to tie the game.

I originally started writing this post intending to point out how our similar behavior in these two similar - though separated by more than 20 years - circumstances connected my dad and I together, but also connected me with Will. I can see my boy reacting just as his grandpa did, and just as I did, because he too is a rule-following, competitive firstborn with extensive (at least for an eight-year-old) knowledge of the rules of soccer who has trouble accepting the fact that life isn't always fair. Genetics is the tie that binds…end of story.

But then I went a little deeper, completely unintentionally.

We want to teach our kids to respect authority - their teachers, coaches, and during sporting events, the referees. Not doing so has consequences, like getting sent to the principal's office, having to run extra sprints, or getting kicked out of the game. But we also want to teach our kids to follow the rules, and how can we do that when the authority figures we expect our kids to respect don't follow the rules themselves? When authority figures don't adhere to the rules or administer the rules unfairly, do we expect our kids to blindly follow? Or do we give them permission to stand up and say something?

I take after my dad in more ways that I once realized, and Will takes after me in more and more ways every day - like father, like daughter, like son. We may all avoid conflict and strive to keep the peace, but we also all have breaking points at which we lose our cool. I just hope we can keep from ending up on the bench. 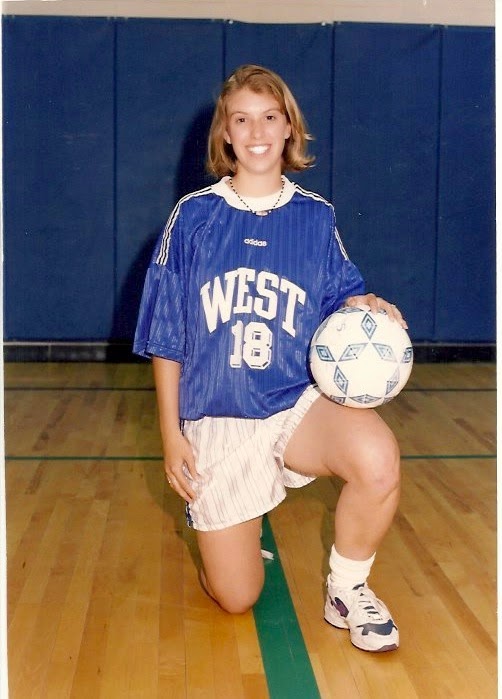 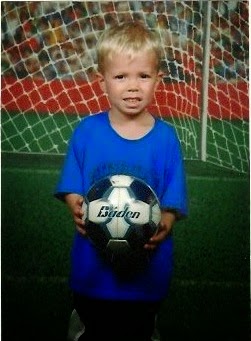 Posted by Chasing Roots at 7:00 AM