The NCAA Basketball Tournament - otherwise known as March Madness - is a big deal at our house. For years Tom and I have filled out our own brackets and then competed against one another for the ultimate prize: the right to choose every part (activity, entertainment, food, etc.) of one entire evening. As it turns out, we're pretty evenly matched when it comes to bracketology; Tom wins a little more often than I do, but not so often that he's never had to spend an evening dining on french fries and chocolate malts and watching High School Musical.

When Will was one-and-a-half we introduced him to March Madness basketball, and when he was two we allowed him entry into our March Madness Family Competition. Tom and I acknowledged from the start that if Will won (which he didn't) he'd receive the same first place prize as either Tom or I would: an entire evening of his choosing. We were fully prepared to watch six episodes of Dora the Explorer while eating hotdogs and wearing pirate eye patches.


An adorable video of Will making his 2009 tournament selections.


When Will was three we entered his bracket, along with our brackets, into an online pool with about 20 of Tom's UM graduate student friends. Amazingly enough, Will's strategy, which revolved around selecting teams whose names started with a "W for Will", DIDN'T land him in last place.  (Bummer for the graduate student - who shall remain nameless - who lost to Will...)

This will be Will's fifth attempt at victory in our Family Competition, but Hallie has never participated before this this year. This of course means that she'll win, and then we'll all have to eat dinner at McDonald's, dress up like princesses, paint our fingernails, and watch Cinderella. 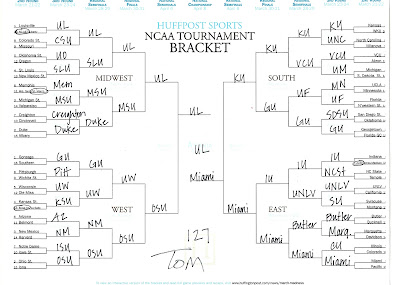 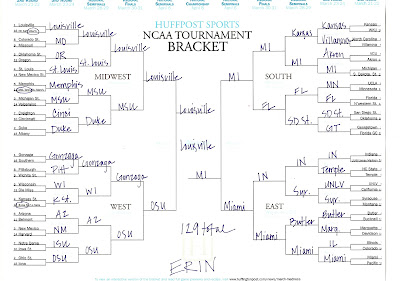 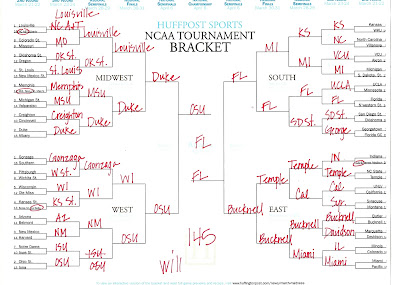 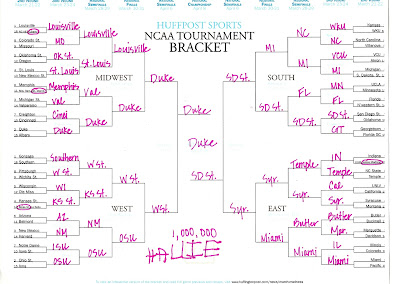 
Let the wild rumpus begin!
Posted by Chasing Roots at 6:00 AM