When last year's NCAA Basketball Tournament began I shared here on the blog a brief history of my family's associated activities. You can catch up on the details (and watch an adorable video of two-year-old Will making his tournament picks) here, but in case you don't have the time, here's a quick synopsis.

It all began 10 years ago with a simple, friendly competition between newlyweds. Eight years ago our cat, Duke, joined the game. (Yes, we helped Duke the cat fill out his own bracket using a complicated treat- and toy-based selection system. Yes, we are super dorks.) Six years ago Will participated for the first time, and four years ago we entered Will's bracket in our online pool for University of Michigan graduate students and he didn't finish in last place. Last year Hallie participated for the first time, though she only cared that every notation on her bracket be made with either a pink ink pen or pink highlighter. In a twist that surprised us all, Hallie correctly picked more than half of the first round upsets and led the competition for the first week. She couldn't hold on, however, and in the end my bracket came out on top.

10 years after that first friendly competition between newlyweds, March Madness has turned into an all-out (and only kind of friendly) battle between the four Ferri.

And now, after weeks of preparation (Will's been reading back issues of Sports Illustrated and Sports Illustrated for Kids, waking up early to watch Sports Center, and "borrowing" my iPad to check player statistics on ESPN.com), the battle has begun. 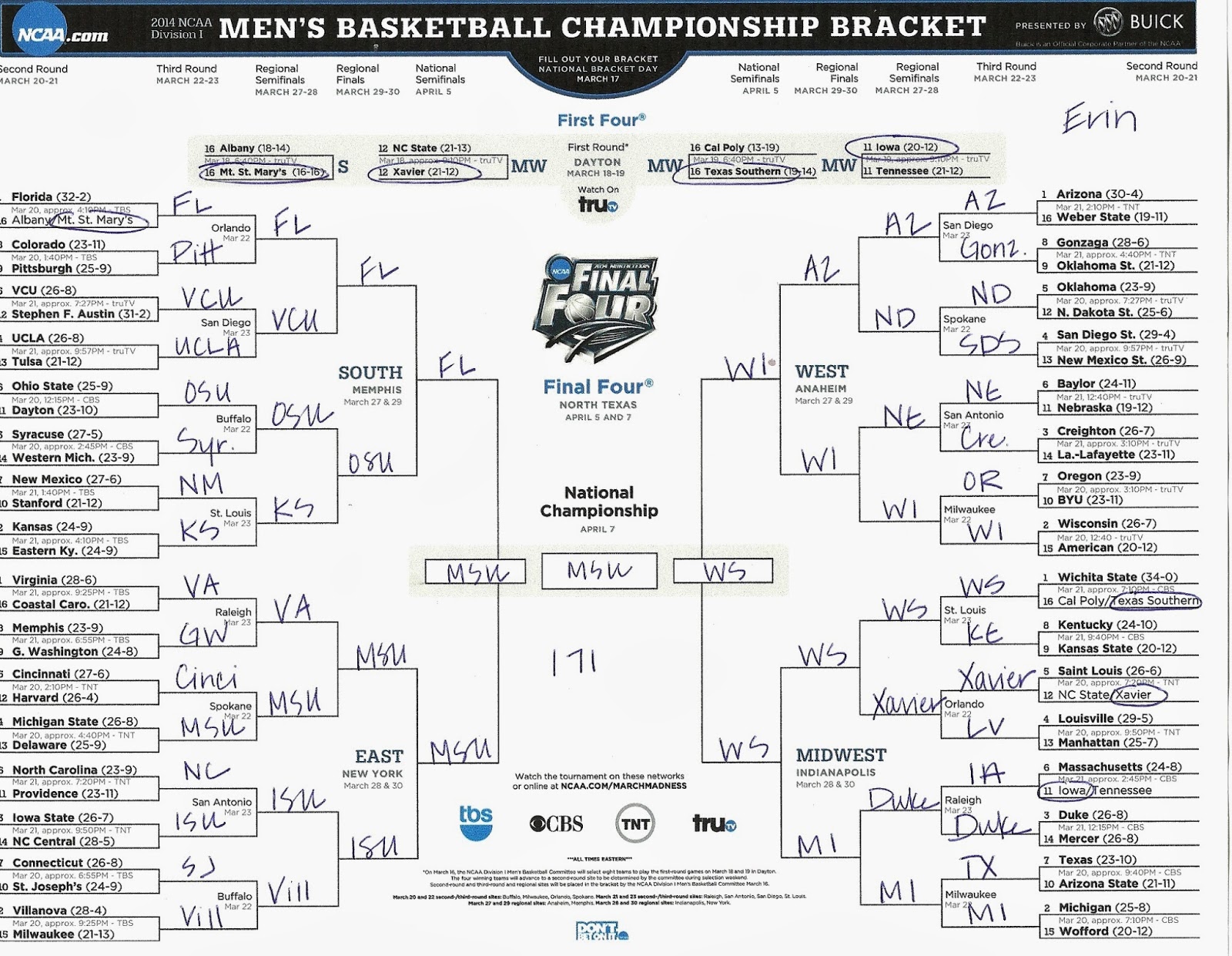 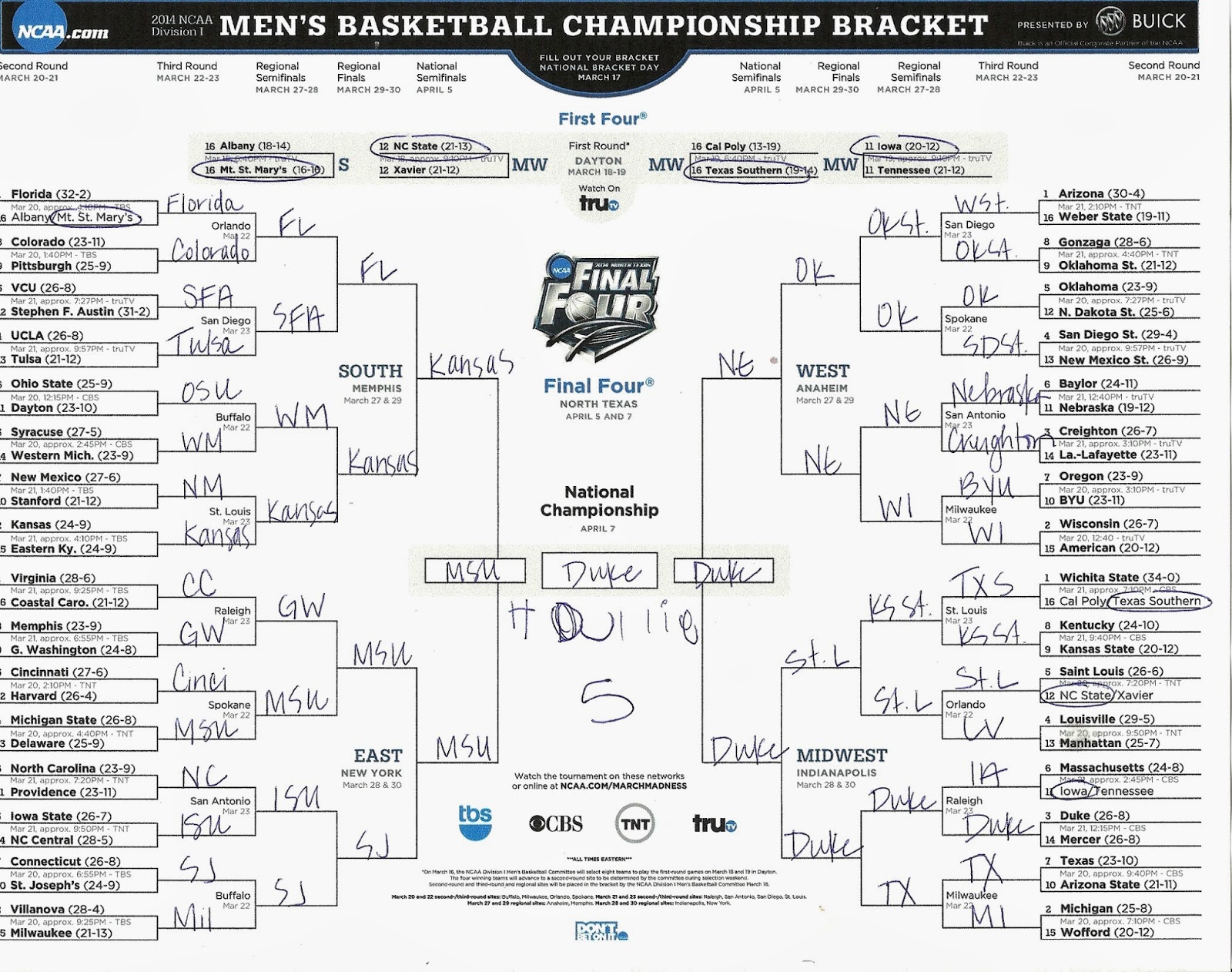 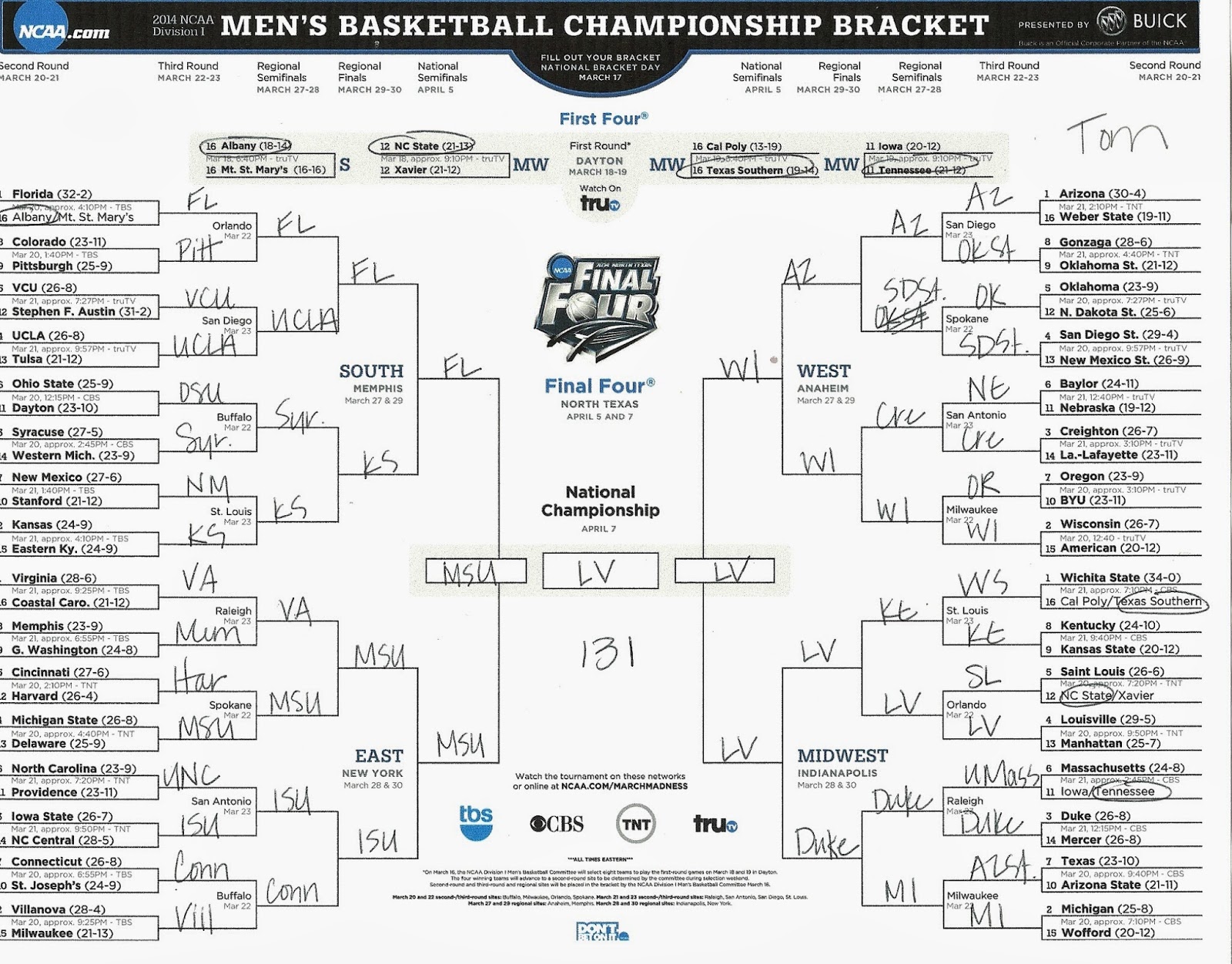 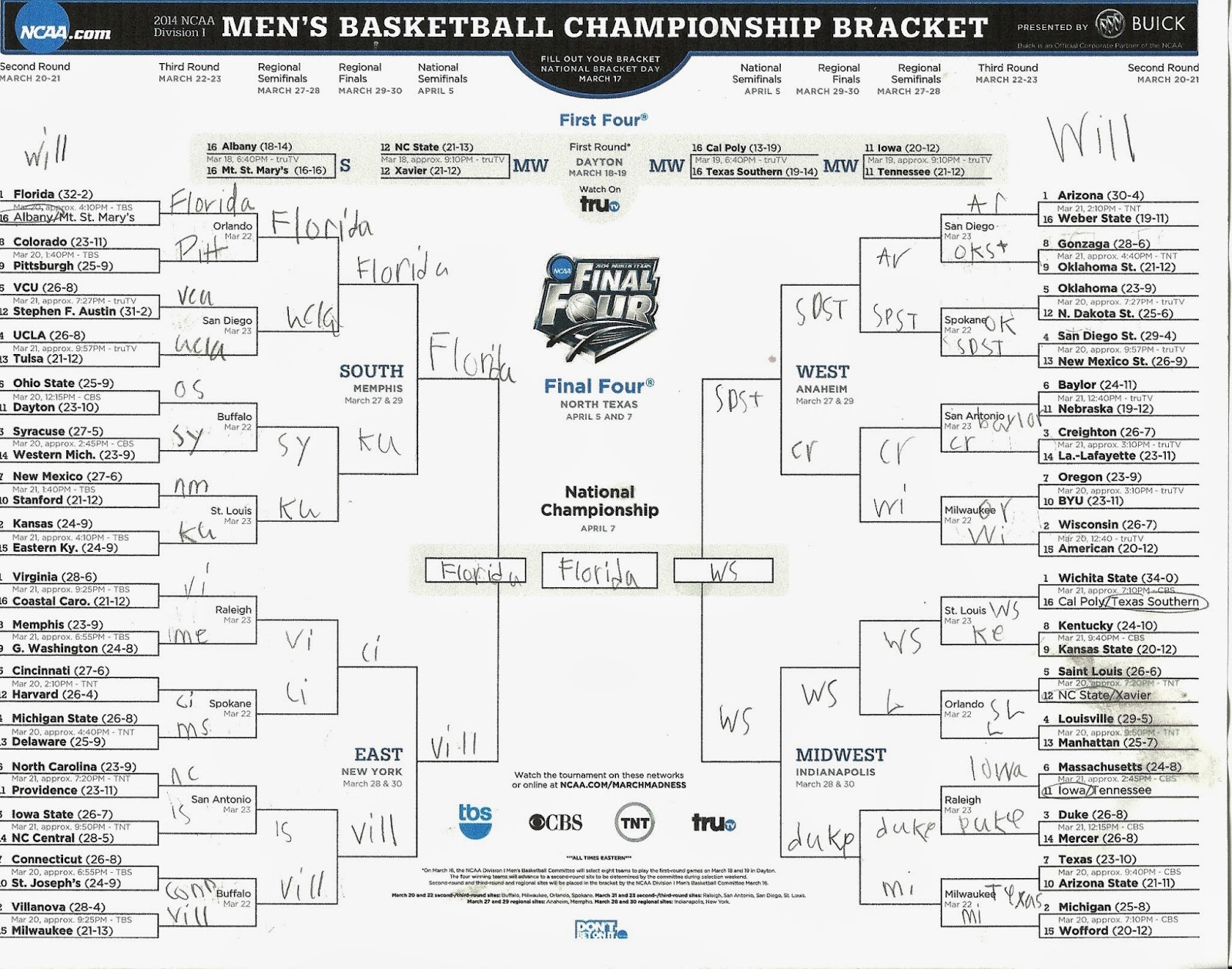 The competitor in me wants to win. Badly. (And I wonder why both of my kids have such strong competitive streaks.) But the mother in me wants Will to take home the victory this year - he's worked the hardest in preparation, and I think he "wants it" more than the rest of us…even more than me.
Let the games begin!
Posted by Chasing Roots at 6:00 AM