"Work Hard, Be Kind, and Please, Sweet Boy, Look Out for Your Sister"

What if she is disrespectful to her teacher or bites a classmate and gets sent to the principal's office?

What if she has to eat lunch by herself or doesn't have anyone to play with on the playground?

What if she's picked last in gym? What if someone makes fun of her singing voice in music? What if she eats paste in art?

Truth be told, I'm less worried about sending Hallie to kindergarten than I was about sending Will to kindergarten. For starters, I've done this before. I feel comfortable in our elementary school, and I'm more than confident in the administrators', teachers', and staff members' ability and desire to educate, protect, and love on my kids.

Next, Will and Hallie are - obviously - unique individuals. Hallie is stubborn, fierce, and passionate. She is proud, confident, and independent. She knows who she is and where she's going, and she's sure as hell not going to let me - or anyone else - get in the way of either.

I had concerns about Will being led astray (I know, I know...so many kindergarteners are led astray by their classmates), teased, or excluded. I could be wrong, but because of what I know about Hallie's personality, these concerns aren't consuming me this time around. I have different concerns, but they have less to do how Hallie handles school and more to do with how school handles Hallie...

And last but not least, Hallie has Will in her corner. He may terrorize her - and she him - at home, but when out of my sight or care, more often than not he looks after, stands up for, and protects her like it's his job. Which it is, at least to a certain extent, as her big brother.

Last week I came across a few stories about Will and Hallie's relationship - from when they went to preschool/daycare together in Michigan - that reminded me of how much they care for one another. (Back then we hardly ever saw Tom, who was working 16+ hour days on his dissertation. Each evening I would share with him via email something interesting about our day, or something funny that the kids had done or said, just so he'd still feel connected to our family life. Then when Tom had a spare minute or two he would post these emails on our family blog so that our relatives could read about our "adventures" as well.)

Today Will and Hallie's classes were outside together, and while Will was playing on the play structure, Hallie got her finger stuck between two slats of the picnic table. She cried out (mostly in frustration - she wasn't really hurt), and when Will heard Hallie's cries he ran to her from across the play area. After hugging Hallie, he walked up to her teacher and asked/demanded to know, "Why is she crying?!" Miss Aubrey explained to Will that Hallie had pinched her finger, but Will didn't believe her; he replied, "I think she's cold. Button her coat." While Miss Aubrey buttoned Hallie's coat (Miss Aubrey told me that Will's "order" was just too cute not to follow) Will followed up his first instruction with, "But don't button the top one, because that might make her uncomfortable." 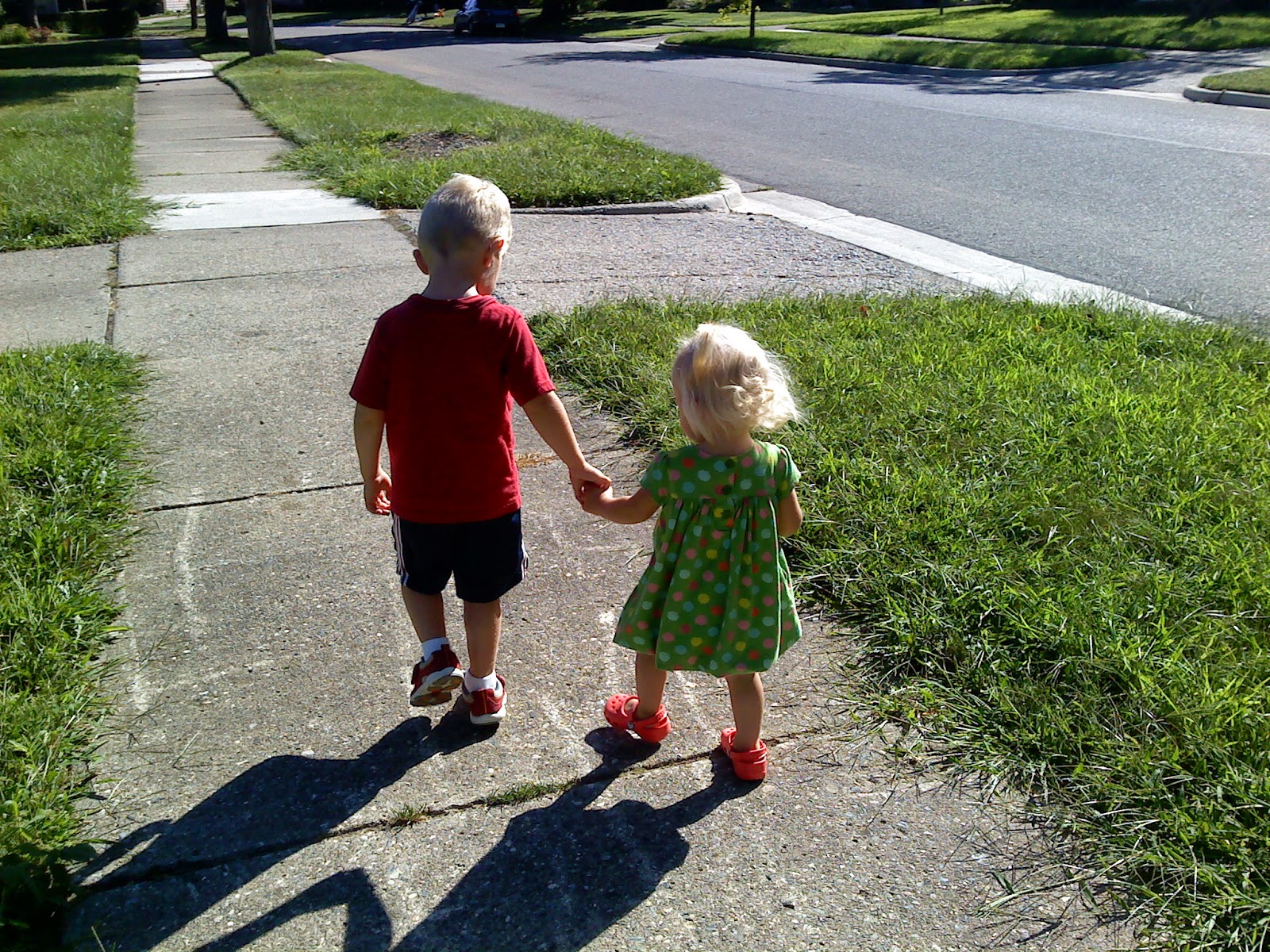 The word "sister" came up on a reading flash card, and "sister" is not a word Will immediately recognizes. He had trouble sounding it out, so I tried giving him a hint.
Erin: "Think about Hallie..."
Will: "Huh?"
Erin: "What is Hallie to you?"
Will: "Nice?"

Today the preschoolers and toddlers came in from playing outside at the same time, which, because of the sheer number of kids involved, was a little chaotic. In all the hustle and bustle, Hallie fell down. She wasn't pushed, but just stumbled because lots of older, bigger kids were moving quickly around her. Hallie started to cry, and Will, who had been at the front of the group heading inside, turned around and ran back to her. He picked her up off the ground, turned to all the kids around her (picture confused toddlers here), and yelled "Who pushed her?! Guerwens, was it you?! Nicole, was it you?!" Hallie's teacher stepped in at that point, and explained to Will that Hallie hadn't been pushed, she'd just fallen because of the traffic. Will pondered this for a few seconds, and then, in his sternest voice, said to Hallie's teacher and a slew of toddlers, "Well, be more careful next time." Will gave Hallie a hug and headed back to preschool. 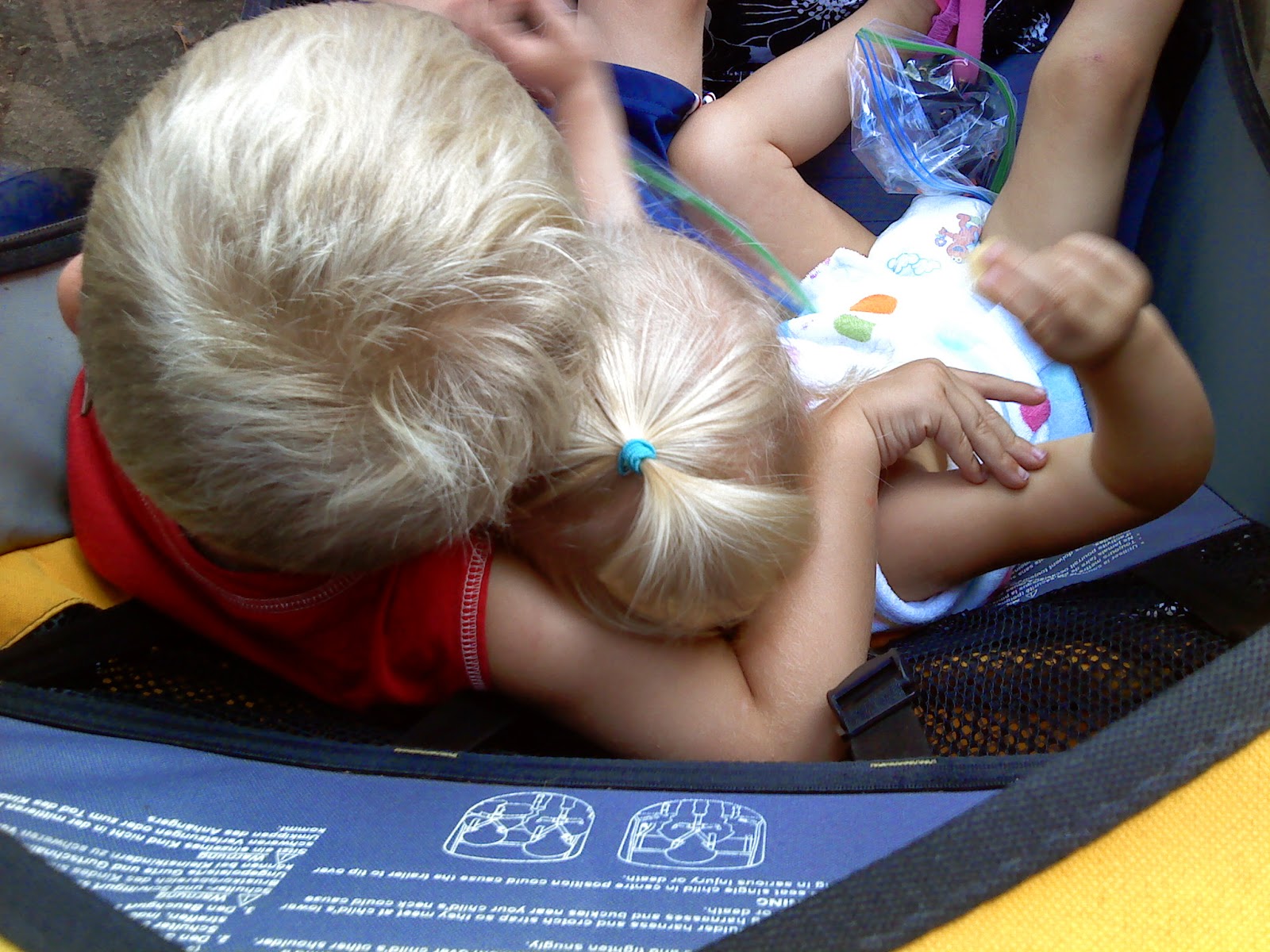 Ok, so Will needed to work on how to respectfully talk to his teachers, but you get the picture.

When I hug them and kiss them and send them off to school this morning, I'll start with my usual reminder to "work hard and be kind". Then, when Hallie's not looking, I'll whisper in Will's ear, "and please, sweet boy, look out for your sister".

I know he will. 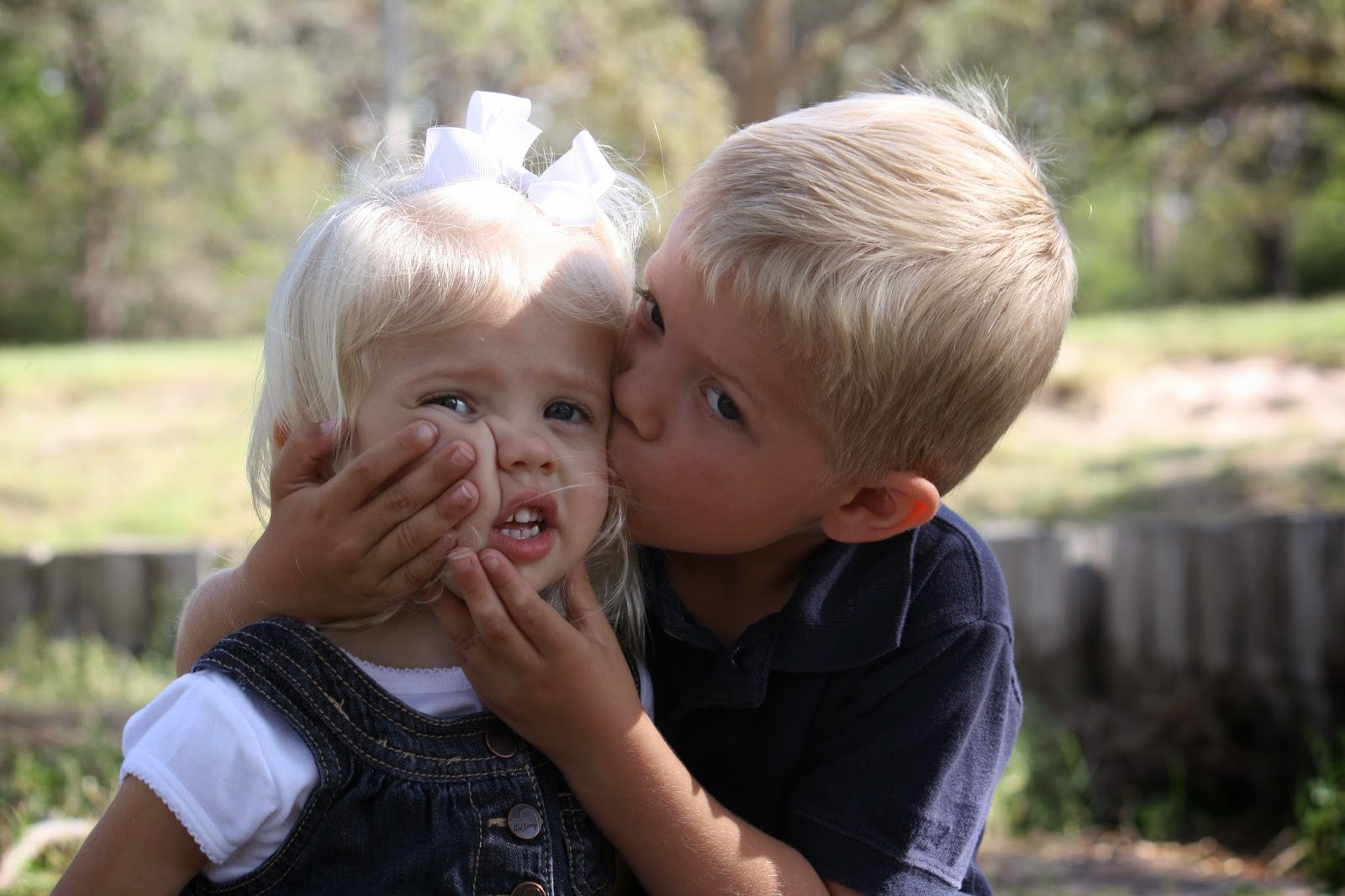 And I'm pretty sure she'll look out for him too…she considers herself the only one allowed to pick on him.