I'm Never Flying Again. Until October, When I Have to Fly Again. Argh.

Well folks, my sis-in-law's bachelorette party extravaganza took place this past weekend, and while I survived - and had a great time during - the festivities themselves, the travel portion of my weekend nearly robbed me of my sanity. Thank you, AMERICAN AIRLINES.

My first flight was scheduled to leave College Station at 3:15pm on Friday afternoon. The plane departed a few minutes late, but this minor delay caused me absolutely no anxiety because I knew I had a three-hour layover ahead of me once I arrived in Dallas. While waiting to board, I stupidly thought to myself how nice it was to get my delayed flight (because statistically, at least one of my four flights that weekend would be delayed) out of the way early on.

My second flight was scheduled to leave Dallas at 7:00pm and arrive in Nashville at 8:50pm. Just before we should have begun the boarding process the gate employee announced a slight delay because our crew members and pilots had not yet arrived. 30 minutes later our crew had arrived, but our pilots - coming from a different airport than our crew - still hadn't arrived. 30 minutes later American Airlines gave away our plane and directed us down the terminal to a new gate. And then… Over the course of the next three hours, American changed our gate SEVEN additional times for a total of EIGHT GATE CHANGES. (I felt so incredibly lucky to be traveling alone and awful for the passengers traveling with small children or in wheelchairs that evening.)

I sat between two men on the plane. Let's call man #1 "Grumpy Pants", because he was grumpy, and man #2 "TJ", because that was his name. Grumpy Pants was clearly upset by the delays, and said so, under his breath and to no one in particular, multiple times while we waited to take off. I kept my distance - as much as is possible on an airplane - from him. TJ, on the other hand, was friendly and interesting, and we carried on a lovely conversation for the majority of the flight. Grumpy Pants did not seem to like the fact that TJ and I were talking (even though we spoke at respectful volumes and about completely appropriate topics) and said so, under his breath and seemingly directed at me. He actually said, "SHUT THE F*^# UP" in my ear. FOUR TIMES.

When I finally landed in Nashville at 12:15am, my brother-in-law picked me up at the airport and dropped me off at our hotel (thanks, Grant!) at 12:45am. I attempted to rally while waiting for my sis-in-law and friends to return from their night out (which I missed in its entirety), gave it up and went to bed at 1:45am, and then woke up at 2am when the ladies came "home". Do you know how long it's been since I saw 2am? Neither do I.

At this point I'll break up this extremely negative post with a few pics of the enjoyable part of my weekend trip.
I honestly believed my trip home would go smoothly, given all the trouble I experienced en route to Nashville, and was pleased when we boarded on time for my 7:10am flight. (Yes, I had to get up at 5am to get to the airport on Sunday morning, after staying up until 3am on Friday night and 2:15am on Saturday night.) Things started to go south quickly though… At 7:15am the pilots announced that maintenance issues would delay us at least 30 minutes. Then 60 minutes. Then 90 minutes. The pilots made up exactly zero minutes in the air, and then we sat just feet from the jet bridge for 15 minutes before we were allowed to deplane.

Because of the delays, I missed my connecting flight in Dallas. The "problem-solving team" (I'm sure they have a more official title than that, but I didn't take the time to find out what it was) rebooked me, but the timing of my new flight meant I would arrive in College Station four hours later than planned, miss seeing Tom (who had to leave for Ohio at 3:15pm), and be unable to get to the kids before Tom's departure. Thankfully we had multiple wonderful friends offer to watch the kids, which took a little of the stress off our shoulders. I took additional stress off my shoulders by knocking out my 10,000 steps for the day in Terminal B. 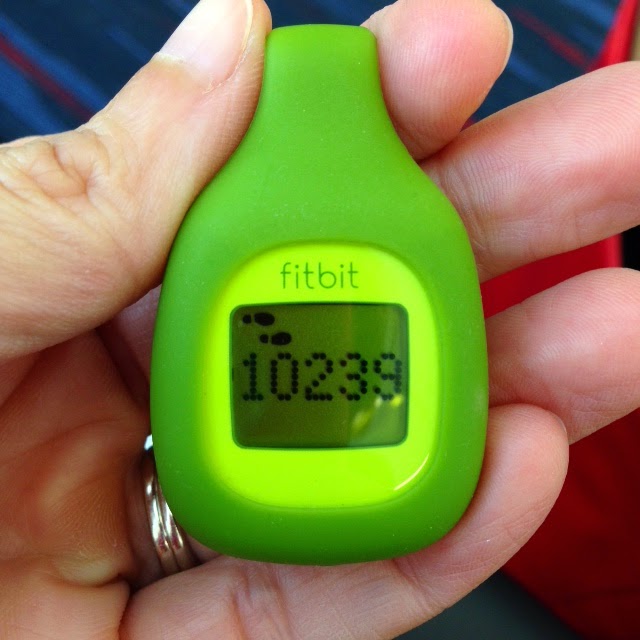 Turns out the plane I flew into College Station was the same plane Tom would fly out on, so when I deplaned he was waiting to board in the same terminal. I stopped to talk to him for three or so minutes, but then learned the hard way that pausing in the terminal area is not allowed; when I tried to exit, just a couple of minutes after my fellow passengers, I set off some kind of security alarm that immediately filled the entire airport with a tremendously loud and incessantly blaring horn. Everyone stared and Tom laughed at me.

A very annoyed gate employee "released me" from locked area of the terminal but wouldn't let me leave because the security guard needed to file a report. The gate employee told me to go downstairs to the security desk, wait for the guard to return to his post, and then "explain myself" to him. I followed her instructions, but when the guard failed to return to his post after what I decided was a reasonable amount of time to wait, I headed to baggage claim to pick up my bag. Which OF COURSE wasn't there. I walked back upstairs to figure out what to do about my bag, but OF COURSE both employees weren't there. After waiting for 15 minutes, an employee brought to the counter the bags that had been left behind; my bag was sitting on his cart, because OF COURSE the employee who unloaded the bags from the plane "forgot" to put it on the baggage carousel during the initial luggage return.

I may never fly again. Until October, when I have to fly again. Argh.

To add insult to injury, Tom's flight from College Station to Dallas was diverted to tiny airport in Tyler, Texas. After hanging out in the airport for a while, and then sitting on the runway for a longer while, Tom eventually made it to Dallas. He of course missed his connection to Cincinnati though, and had to spend the night in Dallas and arrive late to his meetings and presentations in Ohio on Monday.

After his flight from Cincinnati to Dallas was delayed for no other reason than "we're running late", Tom landed in Dallas with just enough time to sprint to his College Station connection. But despite the fact that Tom arrived at gate while the plane was still sitting there, the AMERICAN AIRLINES staff wouldn't let him on.

He probably shouldn't fly again either. Until October.
Posted by Chasing Roots at 4:00 AM