American Ninja Warrior - a televised athletic competition - has taken over our household. We record each new, two-hour episode every Monday night during the summer months, and then the kids and I - and Tom, when he's home - catch up on all the action on Tuesday and Wednesday evenings. (ANW doesn't start until Will and Hallie's bedtime, which is why we don't watch it live.)

Will decided back in June that his summer should revolve around mentally and physically preparing for this someday challenge, and to that end he turned every playground he visited - as well as a significant portion of our house - into a training facility. He climbed rock walls and rope ladders, swung across monkey bars and rings, attempted (and eventually succeeded at performing) countless pull-ups, balanced on both stationary and moving objects, and created all sorts of obstacle courses. The beautiful weather in Wisconsin this summer helped tremendously, as we spent considerably more time visiting the city's parks than we have in summers past.

Training on an obstacle course he created in the playroom.
(Will wanted me to note that if he hadn't been training
with Hallie the course would have been more difficult.)

Training in our door frames.
I had to approve certain doorways for this training exercise because
at one point I found him trying to climb up and around the tops of door
frames to touch our highest ceilings. I'm really hoping to avoid the ER.

Yes, I'd say my little Ninja Warrior is ready to go! 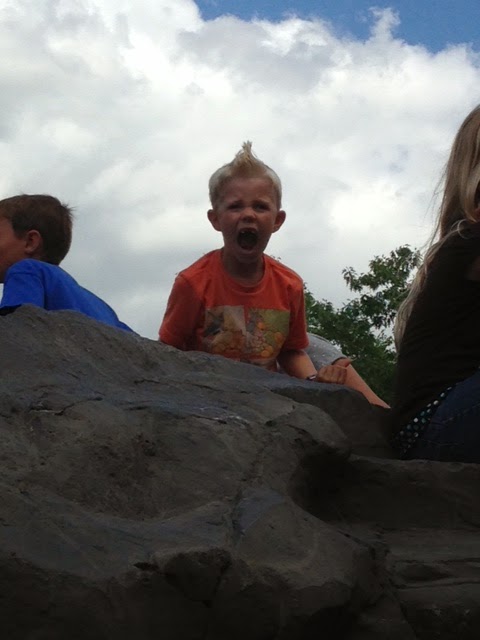