Won't You Join Me in My Personal Telephone Booth of Space?

Starting on June 13th, the World Cup played live on our television from 10:30am until commentary wrapped after the day's final game…every single day. Just like he does during football season and basketball season and baseball season, Will learned the rules of the game, the abbreviations and flags associated with each participating team, and the names of and statistics earned by the tournament's best players. And just as is the case during professional sports seasons, Will became heavily invested in the World Cup. (Remember his meltdown after the Cleveland Browns drafted Johnny Manziel?)

At the beginning of each match Will chose which of the two teams to support, and then as the game unfolded he rode the emotional roller coaster - from the jubilant highs to the devastating lows - as if sitting on the bench alongside "his team's" players.

While he invariably gravitates toward his daddy (and grandpas) when it comes to activities, games, sports, and everyday companionship, when Will needs comfort or his tension level rises he returns to my side, lap, or embrace. When Will's tension level rose during World Cup games he slowly gravitated toward me, so much so that he usually went ahead and climbed right on inside my personal telephone booth of space. 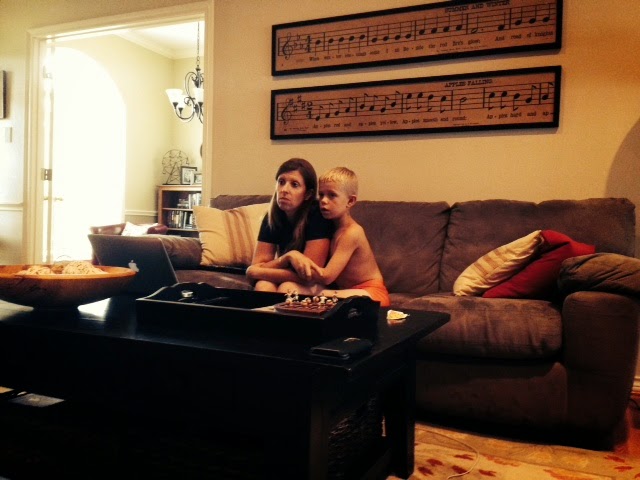 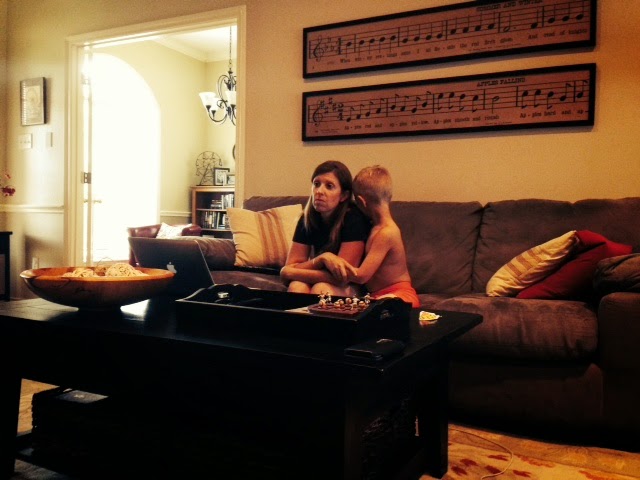 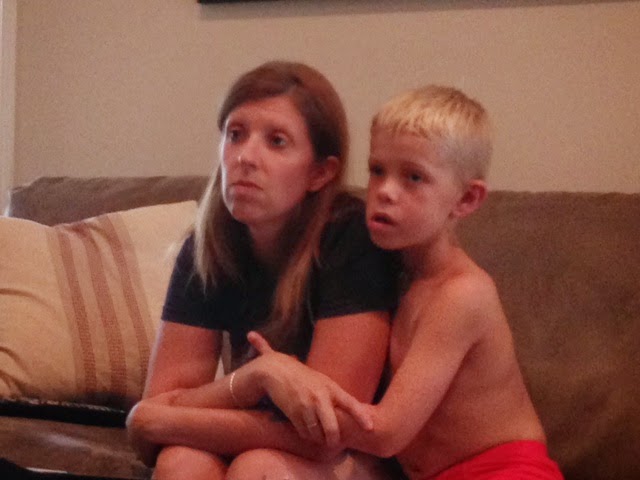 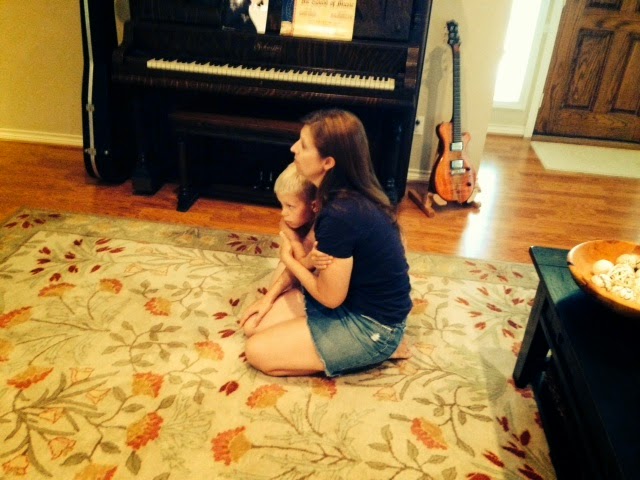 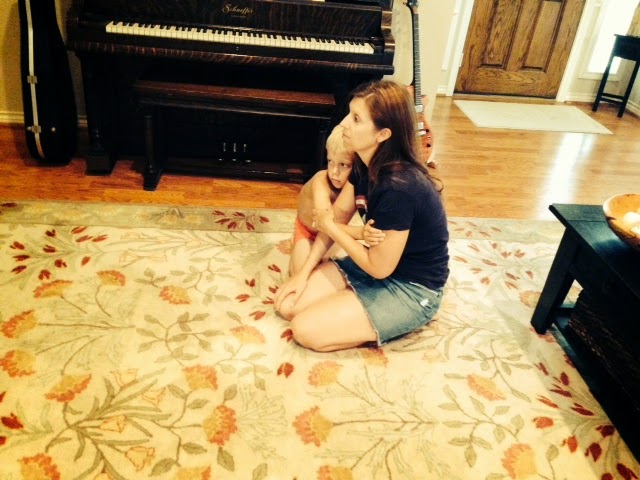 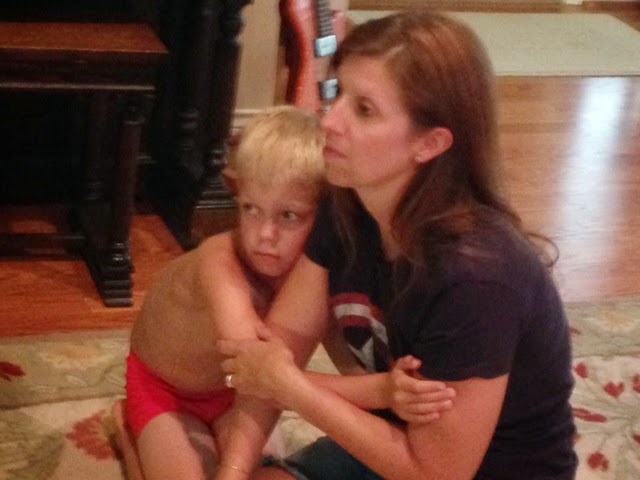 These photos, taken during the first United States match (which was a true nail-biter), seem to indicate that my bored face and tense face look remarkably similar.

I love hugs from and cuddling with my kids, but I find it challenging to focus on shots and saves and penalties with 52 pounds of seven-year-old draped around my shoulders like a shawl. On the plus side, the seven-year-old is cute and sweet, gives me back rubs during halftimes and injury timeouts, and seems to truly enjoy watching soccer and spending time with his (soccer-loving) mama. A smidgen of personal space is a small price to pay for all that love.
Posted by Chasing Roots at 4:00 AM