Last summer, Tom spent an entire weekend planning and then building a lemonade stand for Will and Hallie. The kids and I painted the stand yellow (because a stand should match the consumables sold from it, according to Hallie) and black (because I didn't know chalkboard paint came in other colors) just in time to present the finished product to Tom on Father's Day. 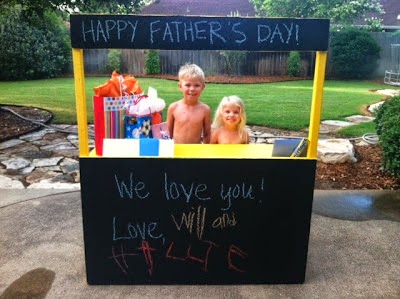 The kids loved playing with the lemonade stand in the backyard, but they never actually sold anything from it (unless you count selling water to each other) until a few of weeks ago, nearly a full year after Tom's brilliant idea first popped into his head.

Will took responsibility for the stand's header. When I suggested he check his spelling of the word "lemonade", he immediately acknowledged his error but refused to fix it because doing so would "take SOOO long". Yes, erasing the letter "m" would have taken weeks. 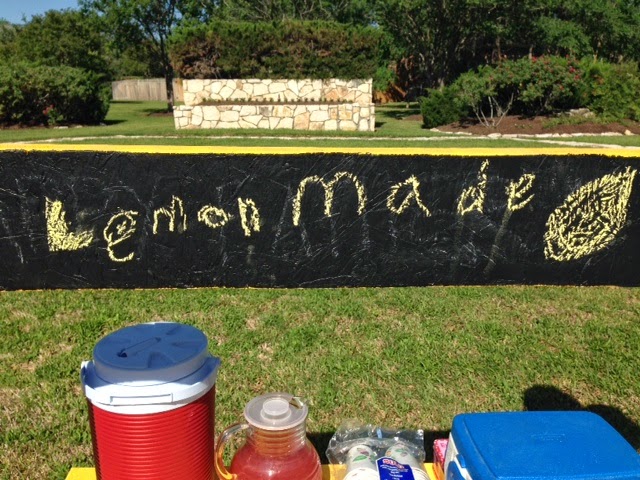 Hallie took responsibility for the stand's front/face. I wrote the cost of the lemonade (after three attempts Hallie still couldn't write the numbers any larger than the actual size of two quarters) and when I finished with the numbers, she drew multi-colored lemons to entice buyers to stop at the stand. During lulls she added more lemons to her masterpiece. 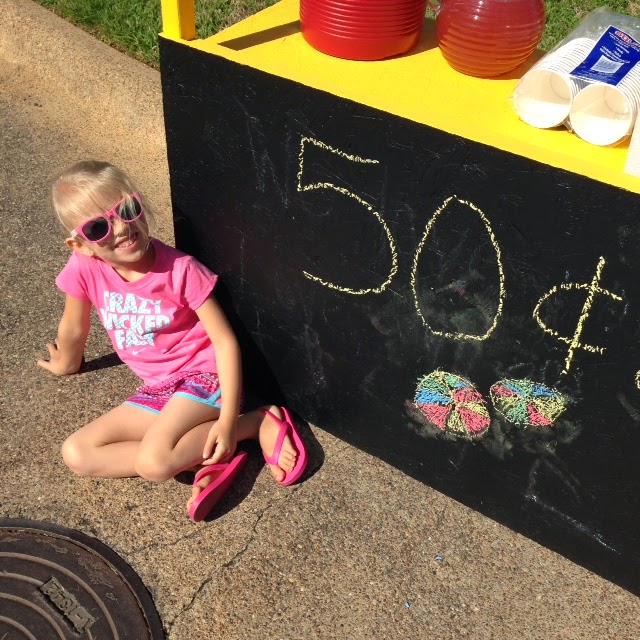 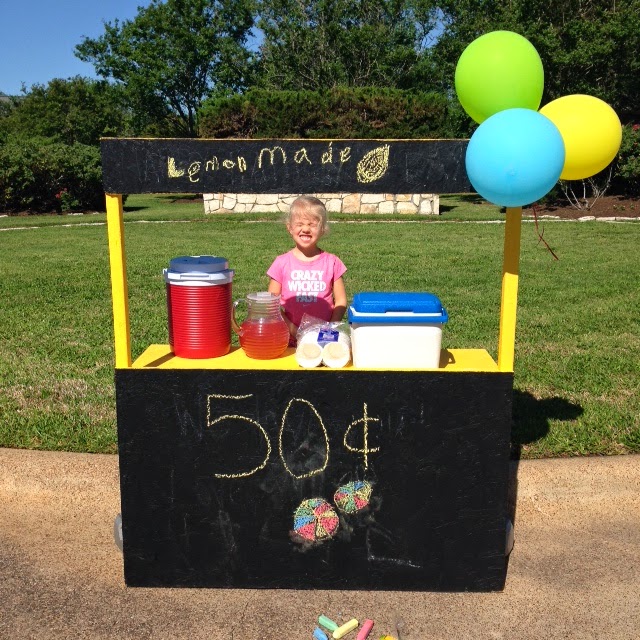 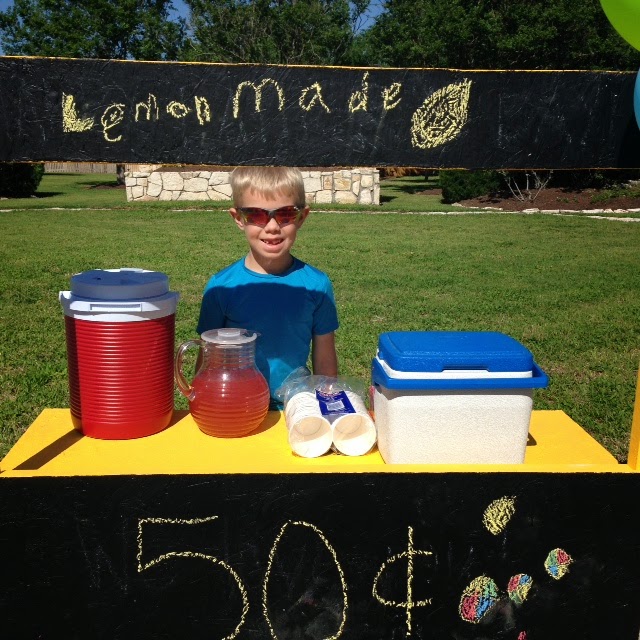 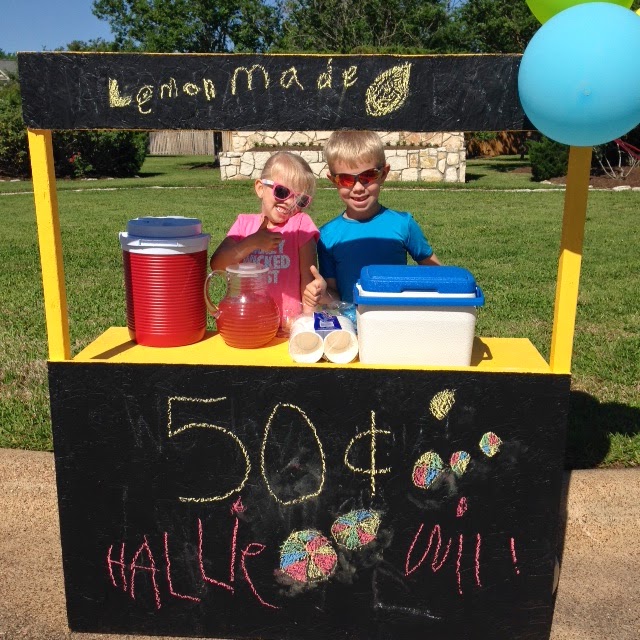 After about two-and-a-half hours the sun started to really beat down on us and we decided to call it quits. Will and Hallie did fairly well though - each ended up with $8 profit.

I know for certain Will and Hallie will set up their lemonmade stand again, but I imagine their next official sale won't take place until fall...at this point in the year the weather is too hot for Will and Hallie's wimpy Midwestern parents to sit outside with them. Maybe if we also sold "sprays with the hose"…
Posted by Chasing Roots at 4:00 AM