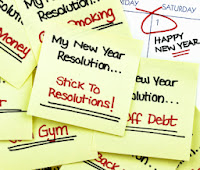 To say that the last six months have not been my most productive - at least as far as resolutions are concerned - would be the understatement of that same time period. Between January and June, I made quite a bit of progress on my New Year's Resolutions (in bolded black). Since the beginning of July, however, I've accomplished next to nothing (in bolded purple). I wish I could figure out what went wrong...

Oh wait, now that I reread through what I wrote above, I'm willing to admit that perhaps the problem lies in how much time I spent reading and watching Catching Fire…