1. In 2014, turn your heart toward passion, your spirit toward growth. Be strong, be brave, and above all, stand up for what's right…just like these heroic women did in 2013.

2. According to Bustle, unless you live in one of these 20 cities you haven't earned "the right" to complain about the winter cold. I wear it as a badge of honor that my hometown (where Will and I made swimsuit snow angels last Christmas) and Tom's hometown (where Will and I played football in our swimsuits this Christmas) both made the list. Having said that, I'm not complaining about the sunny, 60-degree days we've experienced here in Texas this week…

3. Now I know that I said - just two days ago, as a matter of fact - that I needed a break from football, and that remains to be true. But when I saw how excited the "Statistical Legend of Johnny Football" made Will, I decided it needed to be shared. Like nearly everyone in Aggieland and many college football fans across the country, we hate to say goodbye to Johnny Manziel but we look forward to cheering for him in the NFL. Unless he goes to the Vikings or the Bears, and then all bets are off. 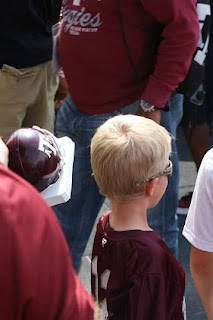 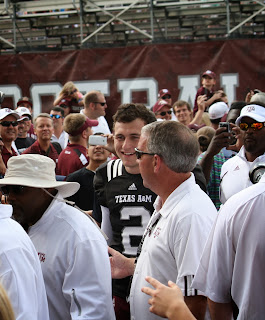 4. Last week I bought my very first bread machine, and I'd like to think I earned a bonus high five because I found it used and at a great price. I made a basic white bread first (I know, I know - not the healthiest choice), primarily because it had the simplest recipe and called for the fewest ingredients. I figured it best to start simple and work my way up to using different kinds of flours, adding fruit, etc. 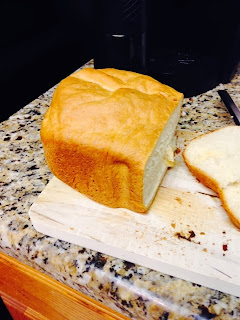 That evening I used my homemade bread to make french toast for the kids for dinner. Both Will and Hallie were as unimpressed as if I'd served them Spam from a can, but Tom applauded my efforts and he and I enjoyed the kids' leftovers when they left the table.

Basic whole wheat is on the menu this week!

5. Last but not least, a video that will leave you (especially all you moms out there) crying happy tears. P&G is known for their simultaneously heart-warming and heart-wrenching commercials, and the one they created for the upcoming 2014 Sochi Olympics is no exception. The overarching message of this commercial speaks to me more loudly than most, as I have always believed that letting them fall - and then helping them learn how to get back up again - is one of the greatest gifts we can give our children. Oh, for pete's sake…I'm crying just thinking about the video. Go get your tissues, friends.

Linking up with High Five for Friday!
Posted by Chasing Roots at 6:00 AM