The tradition began two years ago, when my sis-in-law Jenna, our friend Kelsey, and I headed out on Christmas Eve Eve to admire the Christmas lights on display in Lincoln, Nebraska. On that evening we found very few homes decorated in our taste, so when we returned home we created a friendly list of guidelines - a public service announcement of sorts - for decorating for and hanging Christmas lights during the holiday season and then I posted them here on the blog.

Jenna, Kelsey and I also decided that the next time the three of us ventured out on a Christmas light-seeing adventure, we'd do more than just critique Lincolnites' lighting skills…we decided we'd create awards and anonymously present them to the residents of the most beautifully decorated (according to our previously-established guidelines) homes throughout the city.

This Christmas brought the three of us back together (last year I didn't see Jenna and Kelsey during the holidays, so Tom and the kids helped me carry on the tradition here in College Station), and we followed through on our plan.

First, we created the awards. Hallie helped by sticking on the noses, mouths, and eyes, which is why some of the snowmen's faces are slightly askew. On the backs of the awards we wrote a cute little message about how much we enjoyed the home's Christmas lights, and then we signed each award from the "Kringle Kuties". Note to self: next year the Kringle Kuties should wear costumes. 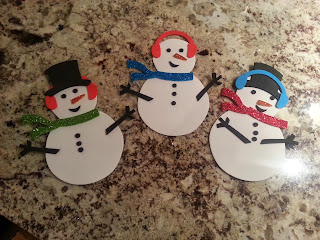 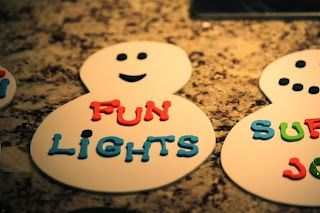 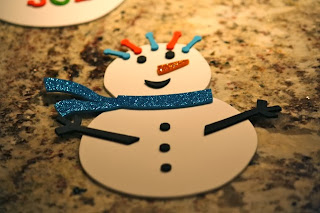 Second, we drove through a number of neighborhoods throughout the city to establish a baseline and rule out neighborhoods to which there would be no need to return. This (the picture below), my friends, won't earn you an award from the Kringle Kuties. 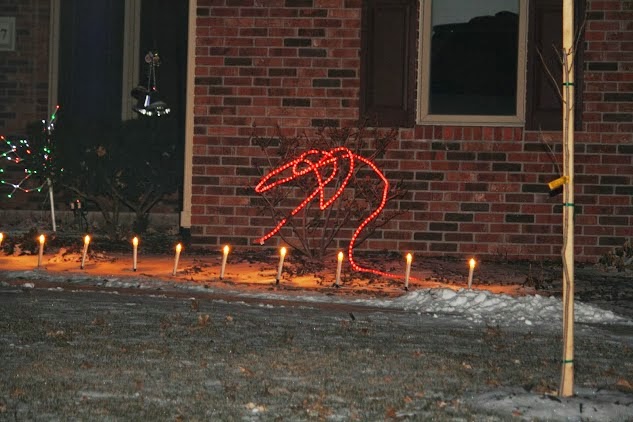 We never did figure out what that light configuration represented…

Third, we returned to our favorite neighborhoods to select the award winners. 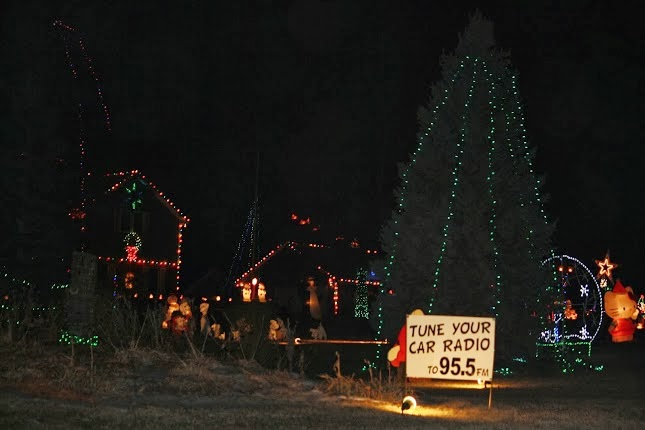 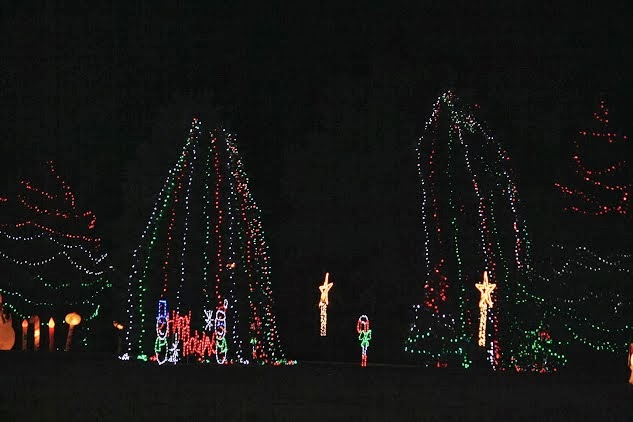 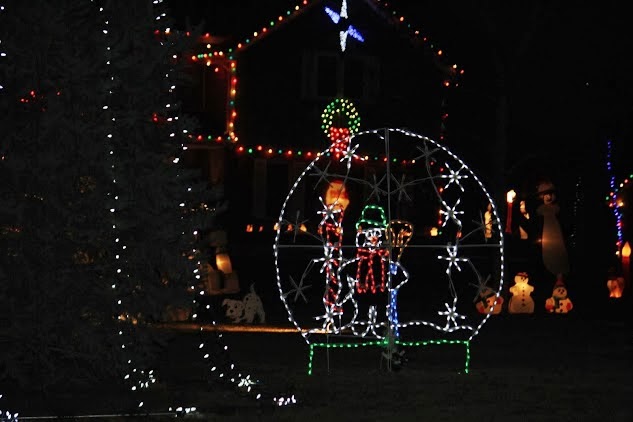 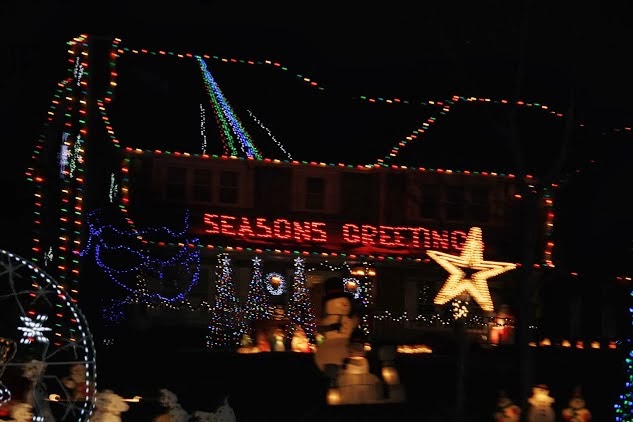 Lastly, we delivered the awards. In most cases, we simply drove up to the street-side mailbox and popped the award in with the recipient's mail. But in one older neighborhood, where the majority of the homes have front door mail slots rather than street-side mailboxes, Kelsey actually took the awards up to the houses and slid them through the mail slots. (The temperatures were in the single digits that night, which made getting out of the car over and over again lots of fun. I'm not sure how Kelsey earned that job…maybe she lost at Rock, Paper, Scissors?) On more than one occasion she could hear people on the other side of the door, people whom I'm sure were very surprised - hopefully pleasantly - to see a foam snowman congratulating them on their Christmas lights come shooting into their foyer. 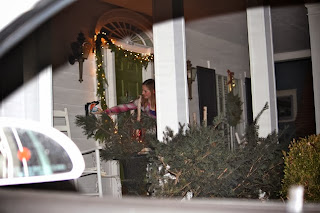 I have always enjoyed the tradition of Christmas light-seeing, but doing so while spreading a little extra holiday cheer - in the form of a simple note to let people know how much we appreciated their efforts to spread Christmas spirit - made the experience even more enjoyable and memorable. I can't wait to let Will and Hallie in on the best part of all this next year.

Plus, if Will comes along I'll get of out having to run the awards to the front doors for the second year in a row...
Posted by Chasing Roots at 6:00 AM