Politicians Do Not Define My Politics

I usually stay as far away from writing about politics as possible (and I've never written about my political affiliation), but I recently discovered that I have a few things I'd like to say on the subject and will be posting these thoughts here on Midwestern Girl in the days leading up to the 2012 Presidential Election.

First up, politicians do not define my politics. 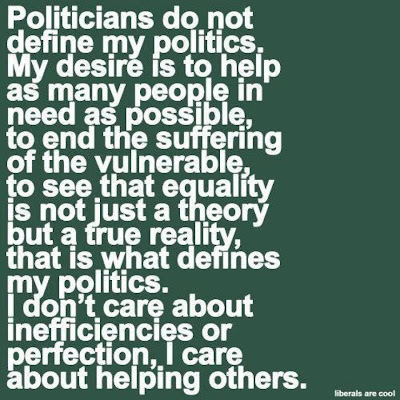 I'm not looking for perfection.  I'm looking for a President  who will help as many people in need as possible and see that equality is not just a theory but a true reality.
Posted by Chasing Roots at 6:00 AM