The Island of Misnamed Toys

Until recently, Hallie has given her stuffed animals - at least those who aren't already named when they arrive in her arms - fairly literal names: her pink octopus is named Softy, her honey-colored bear is named Honey Bear, etc. But now Hallie has branched out, and named two recently-acquired giraffes "No One" and "Nowhere". She has no idea why a stuffed animals shouldn't have such a confusing name, and doesn't understand why we don't respond when she exclaims that "No One has the hiccups!"  At least she hasn't gone this far...

You may have already seen this video, as it "made the rounds" earlier this year courtesy of the Rants From Mommyland blog, but if you haven't, it's worth checking out.  I laughed out loud the first time, and maybe the second and third times, I watched it.  This little girl sounds a lot like my Hallie Claire. 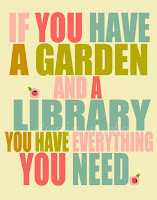 In A Perfect World
I love and agree wholeheartedly with this beautifully simply philosophy. The problems are that 1) we can't seem to grow anything except jalapeño peppers - which I don't like and off of which I certainly can't survive - in our garden, and 2) my local library is one tantrum away from refusing me entry.


Doppleganger
Do you remember, as I do, watching Bob Ross paint "happy little trees" during art class in elementary school? Back then I was equally fascinated by how simple he made painting look (in less time than it took me to dress Barbie for her wedding to Ken, Bob Ross could create a beautifully intricate work of art), his mesmerizing voice, and his very "full" head of hair. There was something special happenin' up there on that head of his, though I'm not really sure what that something special was... 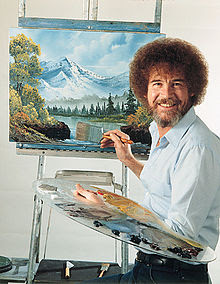 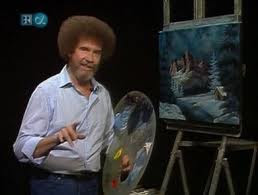 When I first met Tom's family, his youngest brother, Grant, was only 12 years old. Tom and I have known each other for 13 years, so Grant is of course all grown up now. And as it turns out, Grant grew up to be...Bob Ross. 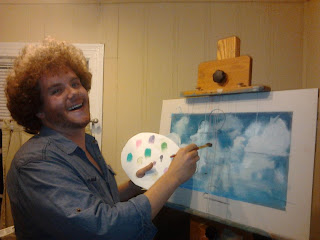 Red Cross: Make a Plan - Check!
I committed myself publicly (online, in a Red Cross blog post a few weeks ago) to finally putting together an emergency preparedness kit and making an emergency preparedness plan for our family so that I would actually follow through and accomplish both tasks. I posted about putting together our kit about a month ago, and now I've posted about our experience making a plan; check out the process and learn how you can create your own here!
Posted by Chasing Roots at 6:00 AM