Back in October the four of us - along with our friends Aaron, Stacey, Kendra, and Logan - spent a warm Friday night doing what just about everyone who lives in Texas does on Friday nights in the fall...cheering from the stands at a high school football game.

We attended the cross-county rivalry game between A&M Consolidated High School and Bryan High School last year, and enjoyed ourselves enough to add this year's game to the calendar three months in advance. And as was the case a year ago, the Friday Night Lights experience delivered. 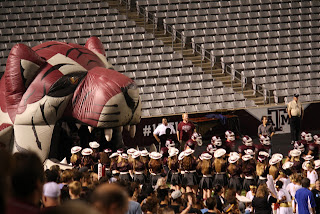 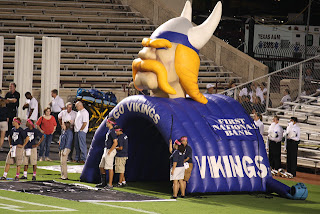 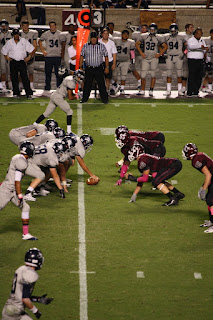 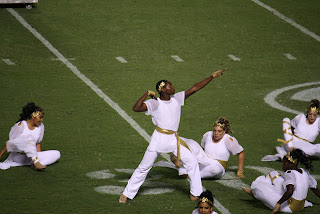 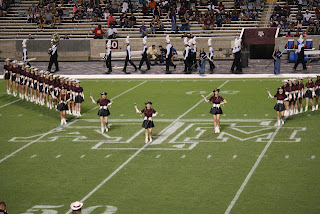 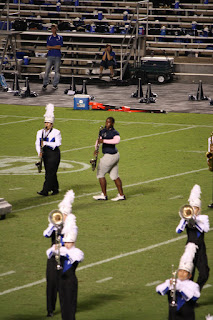 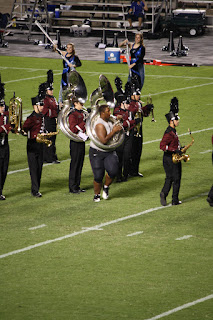 About 15 minutes into the game the four kids completely lost interest in football.  (We should have seen this coming, as Aaron, Stacey, Tom, and I have taken the kids to baseball, soccer, and football games and they ALWAYS lose interest, especially when they're together.)  Instead of trying to engage them in the game or entertain them or feed them (my go-to solution for Hallie), we just gave up and handed over our phones.   All eight of us enjoyed the evening much more once the phones came out. 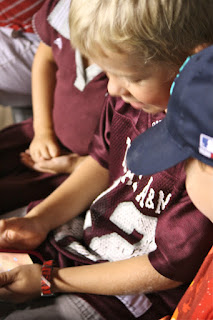 But the most memorable moment of the night, at least for me, had nothing to do with football, or the halftime show, or our kids.

Near the end of the first half, one of the A&M Consolidated players was badly injured.  The nature of the player's injury was unclear, which made the several minutes during which he didn't move - at all - incredibly tense.  We watched from the stands as the coaches formed an outer circle around the diligently-working trainers and as the player's parents were called down from the stands and led onto the field. Eventually the EMTs drove out onto the field and loaded the player onto the back of the cart,  and when he raised his hand to show he was alright the entire crowd breathed a collective and audible sigh of relief. 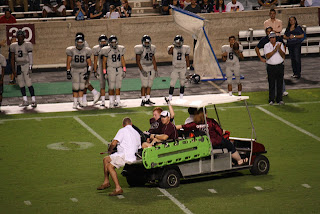 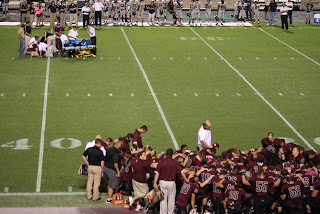 I understand why there exists a separation between church and state, and I understand why many people believe that prayer doesn't belong in public schools or at public school sporting events, concerts, etc.  But on that night, prayer belonged on that football field.
Posted by Chasing Roots at 6:00 AM