Parties Do Not Define My Politics

I am not a member of a political party because while I tend to vote to one side of the center line most of the time, I don't agree with this particular political party on every issue. I wish we as American citizens had more than two choices, because on some days (and when it comes to this election in particular), I can't fully support either candidate. 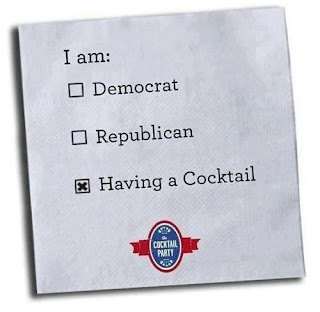 For some time I've thought it would be best for our country if we either had more strong political parties or abolished political parties all together.  It's frustrating to me that the candidates are basically forced to agree with their party's stance on every issue - even if their party's stance isn't their own personal stance - in order to remain affiliated with the party.  I want to vote for a candidate based on what THEY believe, not for a candidate based on where their POLITICAL PARTY stands.

In this article for the Huffington Post (written back in January of 2012), Bo Peabody writes about how our powerful two-party system weakens our politicians (those from both parties) and is failing us more than either party.  Regardless of your political affiliation or status as a voter, I think the article (which is concisely and smartly written and easy for those who aren't particularly politically-savvy - like me - to understand) is worth a few minutes of your time.  Perhaps when you're done reading you'd like to join me for a pizza party? 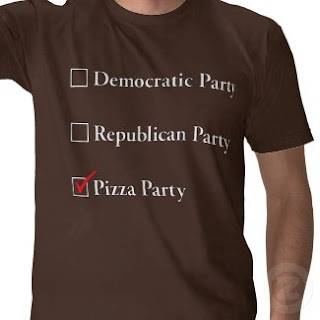