Not Ready to Make Nice

The Indigo Girls may have sung the soundtrack to my high school years, but the Dixie Chicks rocked the soundtrack to the five years that followed. As a student at the University of Iowa, I sang "Goodbye Earl" at Diamond Dave's karaoke night, performed "Wide Open Spaces" during a camp counselor talent show, and belted my way through the entire Fly CD whenever I drove back and forth from Iowa to my hometown in Wisconsin.

I fell in love with the Dixie Chicks for the same reasons I fell in love with the Indigo Girls. Natalie Maines, Martie Maguire, and Emily Robison were - and still are - some of the most talented vocalists, instrumentalists, and song writers in the music business, and I gravitated toward their unique blend of country, pop, and bluegrass music wanting nothing more than to crush a ballad like Maines or play the fiddle like Maguire. Beyond the music, I appreciated who the Chicks were as women: strong, confident, and occasionally outspoken. They wanted to create exceptional music while also making an impact outside of their craft. Their politics may have ruffled a few feathers, but ultimately they stood up for what they believed was right and just and I respected them for that decision. I still do.

At the beginning of this month - on what may have the hottest day of the year - Tom and I went with friends to see the Dixie Chicks in concert. (Outdoors. In August. In Texas.) Though we lost six or seven pounds of water weight each, the night went down as one of the best. 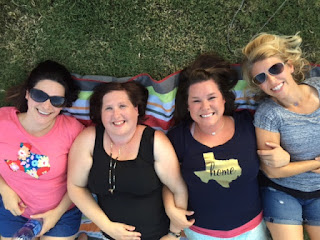 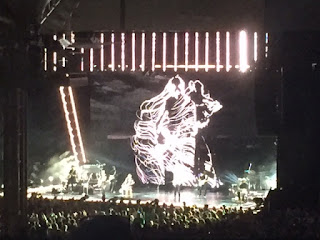 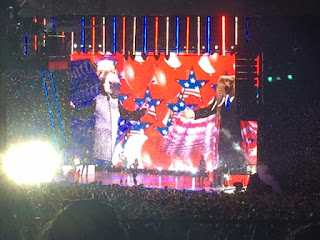 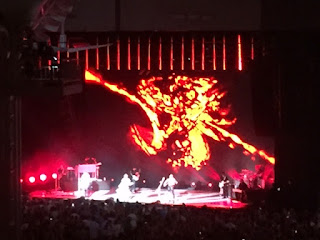 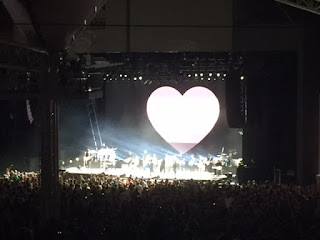 Every beat of every song pulsed through me and reminded me of what it felt like, as a 20-something college student, to have the world at my fingertips. To know my entire life lay ahead of me and have not one concern about how it would all play out. To feel strength and confidence and ambition instead of weakness, worry, and fear. What a glorious way to spend a evening, even knowing I had to circle back around to real life come midnight.


Interestingly, I could hear and feel something in the Dixie Chicks' music I'd never taken note of before: Texas roots. Their lyrics speak of wide open spaces, pillows of bluebonnets, and cowboys, but also of standing one's ground and weathering life's hardships. Their melodies, harmonies, and compilations, though uniquely Dixie Chicks and firmly rooted in alternative country, feel like they belong here. Not all of Texas may not be "ready to make nice", but the Chicks remain connected to the great state they - and I - call home.