Ok, so not the actual President Carter... We call my nephew, whose name is Carter, President Carter. Our President Carter rarely spoke for the first three years of his life because his older sister, Uncle Lily (Tom lovingly gave that nickname to Lily the first time she - as just an itty bitty toddler - called him Uncle Tom), talked for him. At three-and-a-half, however, President Carter has finally found his voice and it's incredible to hear the deep...and not so deep...thoughts that have been running through his wild and crazy little boy brain all these years.

Mama: Carter, Daddy does NOT have green eyes!

(They went back and forth in disagreement a couple of times.) 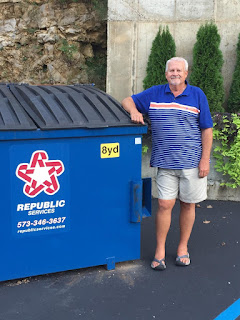 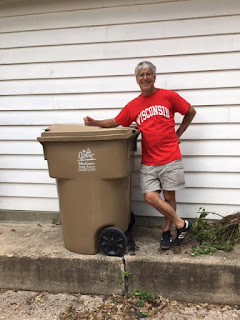 President Carter's observations are almost as good as my poem about parental deodorant.

A special thanks to these three men for taking time out of their busy weekends to pose with their garbage cans for me.
Posted by Chasing Roots at 5:00 AM