Two years ago, my oldest signed up for and received his first library card. For a child who loves to read and who, since he knew of their existence, treated books reverently, a library card seemed like the logical next step in his relationship with all things literary.

Two weeks ago, my youngest asked to sign up for and receive her first library card. For a child who has only in the last month developed an interest in reading (thank goodness!) and whose relationship with books was not-so-long-ago disrespectful and violent, a library card seemed risky…kind of like giving a no-limit credit card to 14-year-old. I consider library cards an important childhood milestone though, so letting Hallie apply for one was a risk I was willing to take.

Before we set out on our adventure (I honestly consider every trip to the library with Hallie comparable to a chapter in a Choose Your Own Adventure book), Hallie practiced writing her name for at least 20 minutes. She knows how to print both "Hallie" and "Ferris" and has for quite a while, but she writes her letters like a typical four-year-old: BIG. Because library cards have only a very small and short line on which card-holders must write their names, Hallie's practice session had more to do with shrinking her letters than it did learning or practicing her letters. 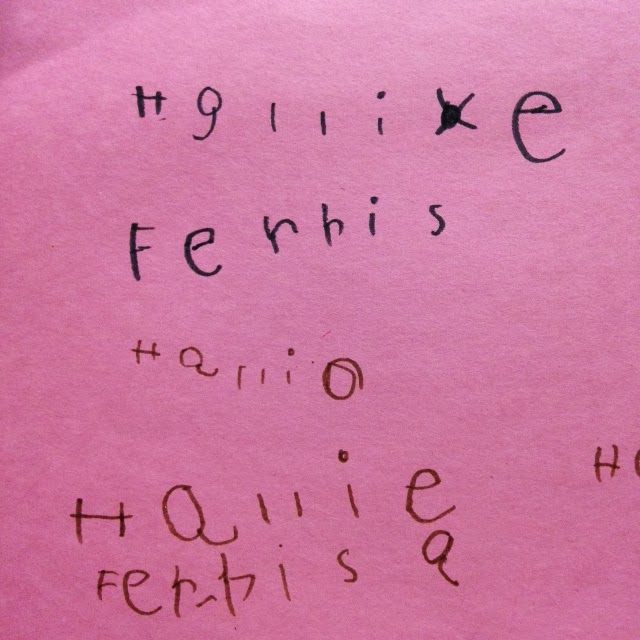 After we selected our books, the kids and I walked up to the counter and asked if we could sign Hallie up for a library card. The librarian looked Hallie up and down (images of Hallie wreaking havoc on the library no doubt swirling around in her head), took a deep breath in through her nose, and asked Hallie if she could write her first and last name. "Yes! Yes, I can!" Hallie replied excitedly. The librarian had no other option than to let Hallie give it a go.

Just like when Will signed up for his library card, the process took a day and a half because 1) the librarian moved slower than molasses and 2) it takes Hallie approximately 36 hours to write her full name twice. I ate two meals, slept for a few hours, and knitted a scarf right there at the counter.

I may jinx myself - and Hallie - by writing this, but...against all odds, my girl rocked it that day. She listened politely to everything the librarian explained to her, neatly printed her name twice, waited patiently while the librarian processed all of the paperwork, and said thank you after receiving her card. Maybe, just maybe, she finally outgrew whatever condition she'd developed that made her act out at the library. 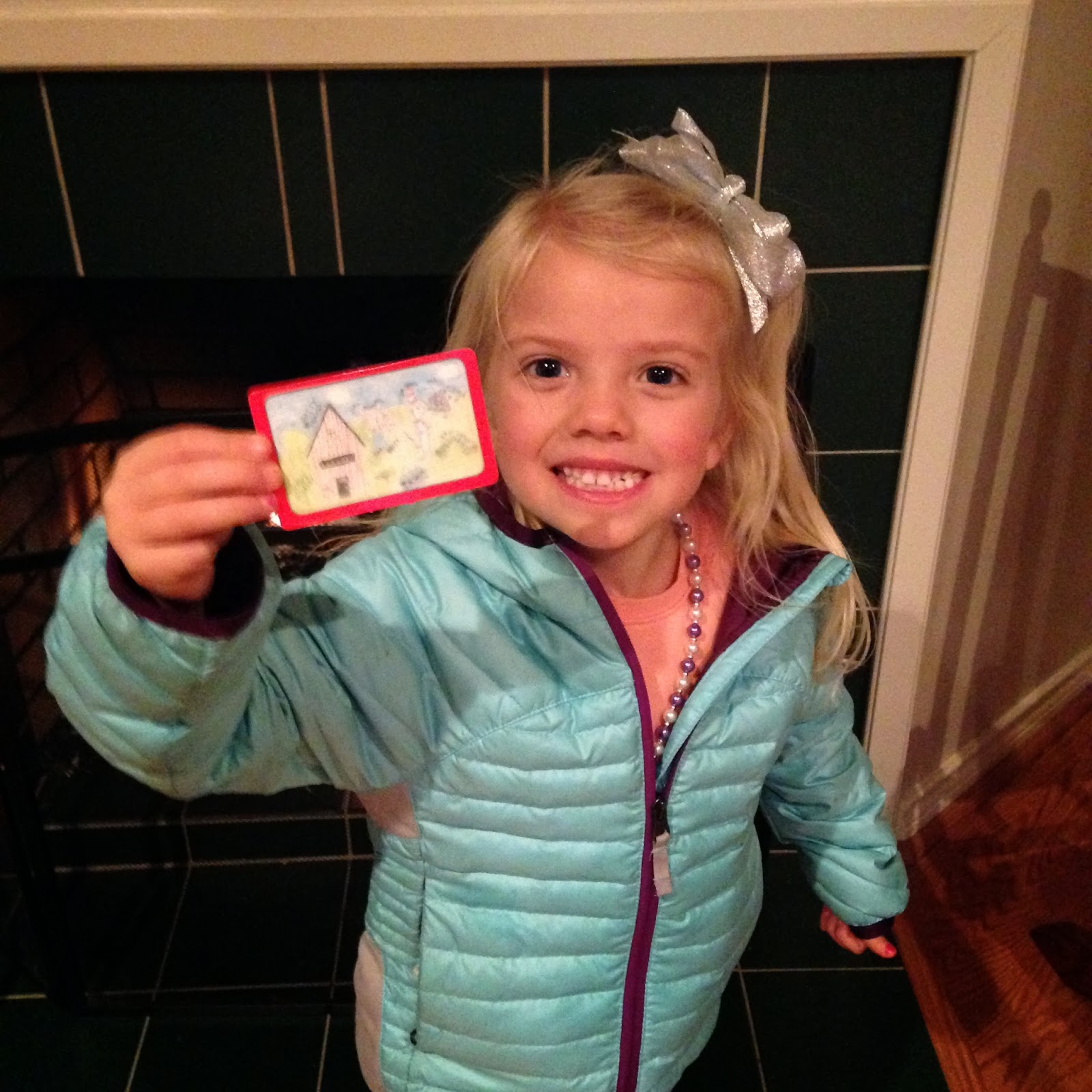 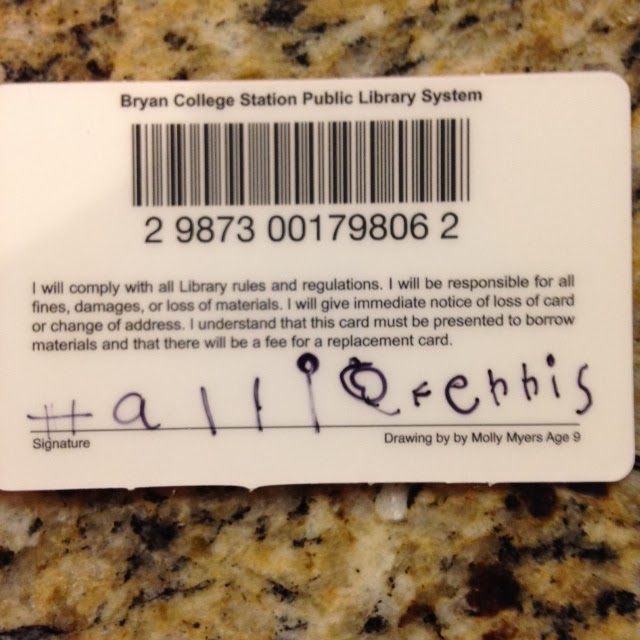 Will, on the other hand, decided that - at least on that day - someone needed to pick up where Hallie'd left off. He could NOT stop "accidentally" bumping into his sister while she was trying to write her name and consequently spent most of the that trip to library in time out.

Officially a card-carrying member of the BCS Public Library System - quite a milestone for this little girl.
Posted by Chasing Roots at 6:00 AM