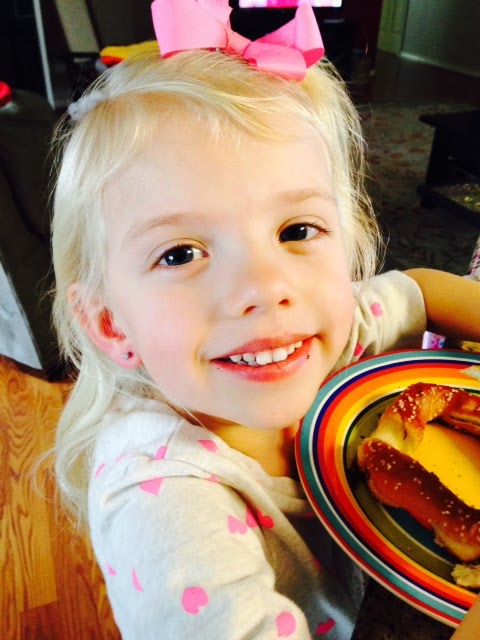 Last Friday Hallie Claire decided she was ready to get her ears pierced. As soon as she'd made her decision, she marched right up to the counter, placed her "order" ("I'd like to get my ears pierced, please"), and never looked back. Well, she looked back a little - through tears - after the first ear…but she pulled herself together and eventually walked about of Claire's with bee-ee-u-tee-ful "diamonds" in both ears. You can read the full story and see more pictures here. 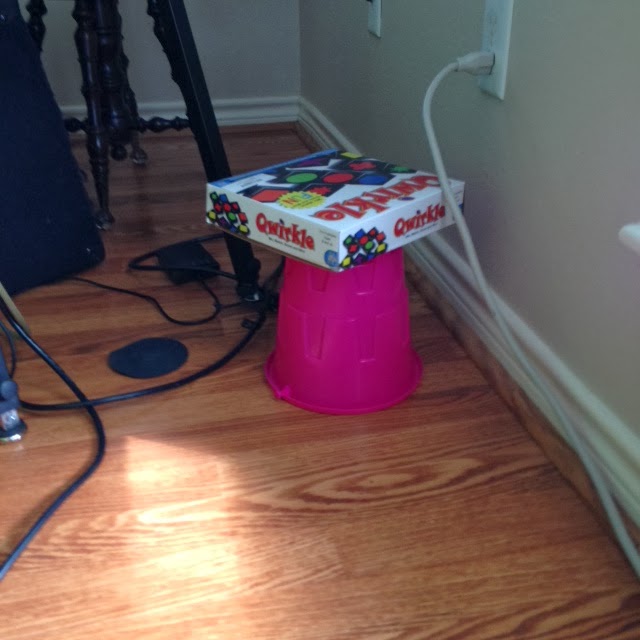 2. I recently discovered one of the benefits - if you can call moving slower and therefore making oneself easier to trap a benefit - of "winter lizards" over "summer lizards"!

After trapping trespassing summer lizards under buckets, I immediately begin the lengthy and elaborate process of transferring them back to their native out-of-doors. These little critters are so fast and frantic that I worry they might, with a burst of adrenaline that produces super-lizard speed and strength, escape from my bucket trap and become loose in the house once again. (Erin's worst nightmare = lizard/snake/scorpion/frog in the house but exact whereabouts unknown.) But because winter lizards move with a lethargy seen previously only in school-aged children being dragged out of bed on Monday mornings, I feel safe leaving them trapped under my bucket until Tom gets home from work.

Well, I feel safe leaving them trapped under my bucket once it's secured with a game that weighs half as much as Hallie.

High five for not having to suck this pokey little lizard up into the vacuum cleaner! 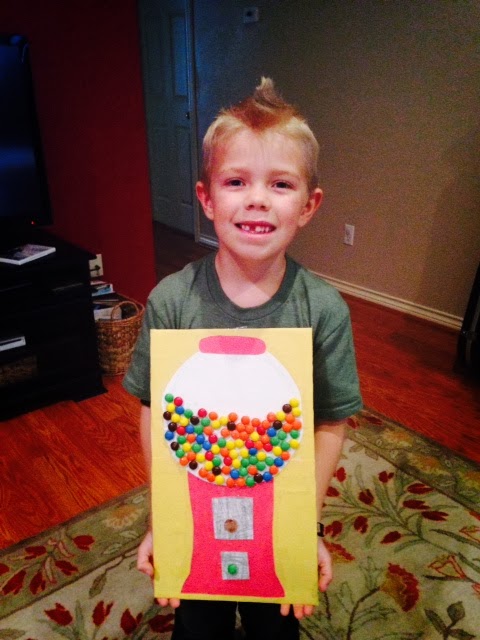 3. I finally found an art-related activity that Will enjoys…glue gunning!

Will had to create a craft project - using 100 items found around the house - for his 100th day of school. As usual, Will teared up with frustration when he received this assignment because, more than anything in world, he hates art. I tried desperately to come up with an idea Will could at least tolerate, and had nearly given up hope when he finally agreed to my suggestion that he attach M&Ms to a gumball machine cut-out…using a glue gun.

Yes, he complained during the tracing and cutting and glue-sticking phases of the project, but when I handed him the glue gun he worked enthusiastically until the 100th M&M had been attached. From this point forward, any and all art-related work assigned to my first grader will involve glue first, all other supplies second.

After discovering Will's love for glue-gunning, I hid my glue gun and the glue sticks just in case he should feel the urge to work in the middle of the night or when I'm not home and end up gluing the refrigerator shut or himself to the toilet seat.

4. This pic made me laugh out loud - I love my hometown for the beer, the cheese, and the weather. 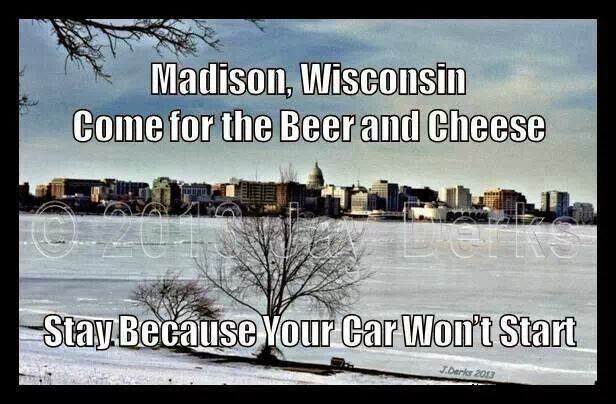 5. And last but not least, I'll leave you with my favorite photo montage of the week: 25 Types of People You See at the Gym, courtesy of eBaum's World. As a regular gym-goer, I have seen more than half of the activities and people captured in these photos in real life. I haven't seen Batman on the treadmill though, and I really want to see Batman on the treadmill...
Posted by Chasing Roots at 6:00 AM