The Library Hates Me

If you work for the Larry J. Ringer Public Library, please stop reading now. No really, just skip this one and reread an older post instead.

You may recall a recent post about a less-than-stellar trip to our public library...one which left the librarians just nanoseconds away from asking our family never to return to their quiet, peaceful, book-housing sanctuary. This post has less to do with the library building or a library experience and more to do with library property, which is why I asked all those library employees who follow my blog to stop reading earlier.

Some of you may have seen this picture (I posted it on Facebook) a couple of weeks ago. 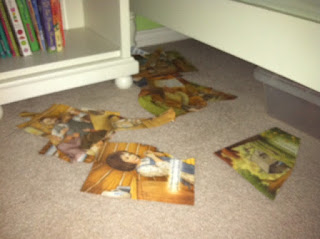 Not because she was mad or sad or bored, but simply because SHE COULD (someone save me), Hallie ripped this library book to shreds while she was supposed to be sleeping in her bed. I learned of the destruction around 11pm at night, when I checked on Hallie before I went to bed, but Tom learned of it when he went in to get her up the next morning. I was sitting in the waiting room at the doctor's office when I received this text from Tom:

Ugh. Sometime in the night/morning Hallie tore every page out of the library book on her bed. We'll have to pay for it. I scolded Hallie and told her she will have to show/tell the people at the library what she did and that she might not get to borrow their books anymore. You might want to add your own punishment later. Sorry...

When I talked to Tom later that morning, he shared with me that Hallie clearly didn't understand why she was being scolded, and that she just kept batting her eyes and saying, "I'm SO sorry, Daddy. Can I get dressed now? I get to go to school today!" Because he was frustrated that Hallie wasn't grasping the gravity of the situation, Tom told her she would have to pay for the book she destroyed...in dresses. That's right, folks, Tom told Hallie she would pay for her sins in dresses, the only currency she understands. Will later told me he thought five dresses would fit the severity of the crime.

So if you see me delivering dresses to the library later this week, you'll know why.

Back to the book... At first I thought Hallie'd just ripped a few of the pages, but when I began my repairs, I found she'd actually ripped every single page, and some pages more than once. 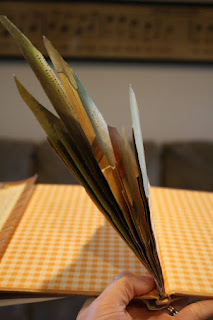 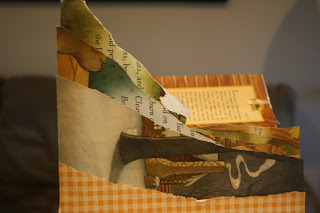 But thanks to Hallie, I'm an experienced book-repairer. 90 minutes and two full rolls of scotch tape later, I proudly showed the fully repaired Little House in the Big Woods book...to no one. No one cared except me. 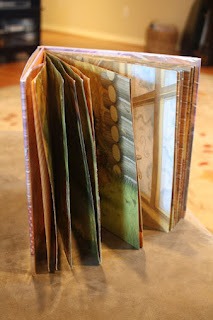 I also discovered while repairing the book that another young child had torn a couple of pages a few months back and the book had been taped - and the repair documented - as a result. There's a chance that if I just returned the book the library wouldn't recognize Hallie's damage as new, and would attribute it to the previous borrower's dangerous hands... 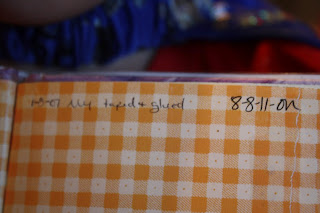 When I was about seven I went with my mom to a bakery to buy donuts. While she was at the counter, I stood behind her, admiring the tiered wedding cakes on display. The frosting on these cakes looked so beautiful and so delicious, and I just couldn't help myself...I scooped a tiny rosebud off one of the cakes and ate it. As we were leaving the bakery my mom noticed frosting on my lips and asked me where it came from. I've always been a terrible liar, and one "don't you lie to me" look from my mom was enough to break me and force my sobbing confession. She marched me right back into the bakery and made me apologize to the employee at the counter (probably an 18-year-old college student who couldn't have cared less that I ate a flower off a cake). The lesson stuck, and I have never forgotten how completely mortified and embarrassed I was in that moment.

But Hallie is two, not seven. She's not going to remember being made to apologize to the librarians for ripping their book to shreds. That doesn't mean I won't make her apologize, but it does mean I'll have to hand over a dress once the apology is finished. She'll remember that.
Posted by Chasing Roots at 9:00 AM