Will first tried to ride his bike without training wheels the weekend after his fifth birthday. Though at one point Tom let go of the bike and Will stayed upright for a second or two, Will never actually rode that day. Instead, and staying true to his well-established track record of not accomplishing any goal or reaching any milestone until he is as emotionally and mentally ready as he is physically ready, Will ended the attempt in a heap on the grass with tears streaming down his face.

At his request, Tom and I put Will's bike away and made no reference to it for weeks.

A few months later, a friend of mine lent Will her daughter's balance bike. Will rode the balance bike around on our patio for six weeks, at which point - at about five-and-a-half-years old - he announced he felt ready to try his two-wheeler again. Tom and my dad took Will to the end of our street, which because of its gradual slope is a perfect place for beginning bike riders to start out, gave him a push, and let him fly. He rode like the wind - much faster than I felt comfortable with, given his lack of biking (and braking!) experience - and never looked back.

I'd heard previously about the benefits of balance bikes, but watching Will go from terrified, non-rider to confident, independent rider after less than six weeks of just playing around on one convinced me. We put Hallie's two-wheeler with training wheels in the attic and gave her a balance bike. And just like Will, in a few short weeks she could coast on the balance bike for the equivalent of a block and I knew she was ready.

Nerves nearly got the best of her at first, but after her daddy talked her down off the ledge she agreed to give it a try as long as promised not to let go. 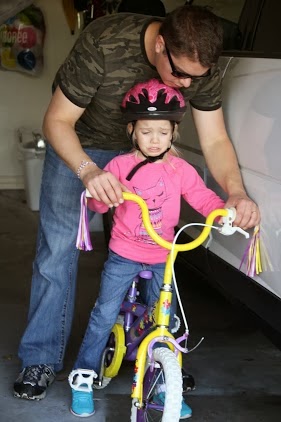 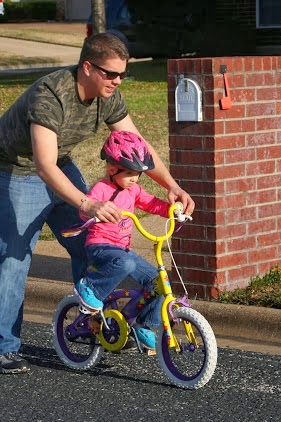 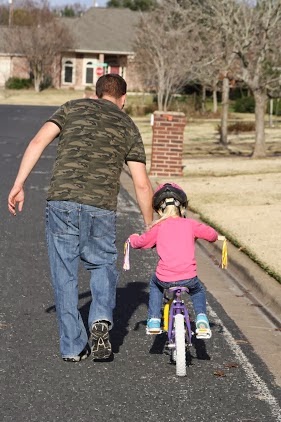 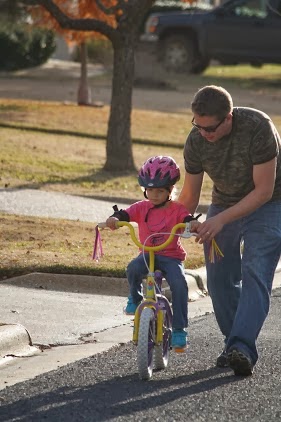 As you can probably see in these pictures, from that very first moment she rode her bike on her own. She wouldn't admit it, nor did she believe Tom when he repeated the phrase, "you're doing it all by your big girl self!" over and over again, so he continued to hold onto her bike as she rode up and down the street in front of our house.

Eventually we rode up to the park, where she finally granted him permission him let go. (Riding on the grass made her feel a little more confident as she knew it would hurt less if she fell.) 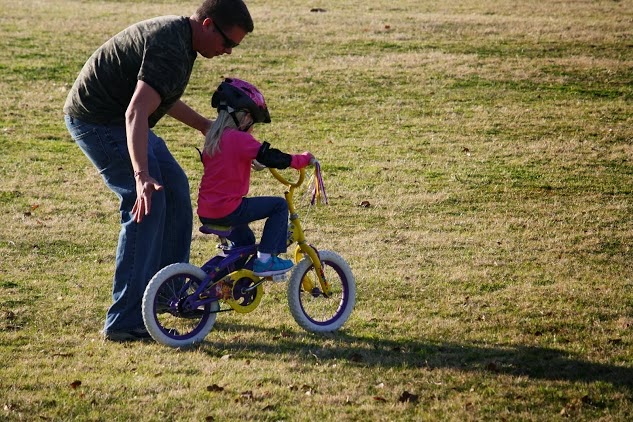 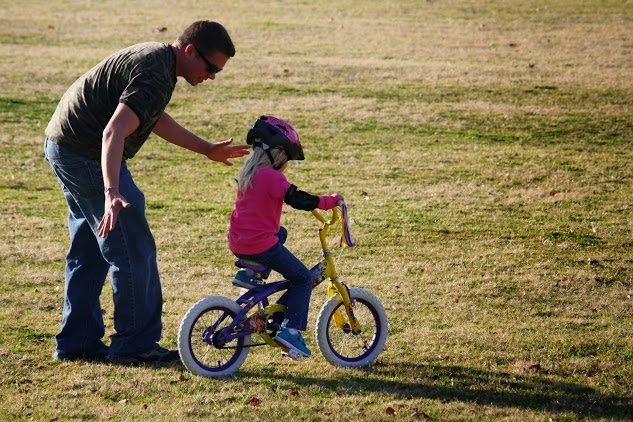 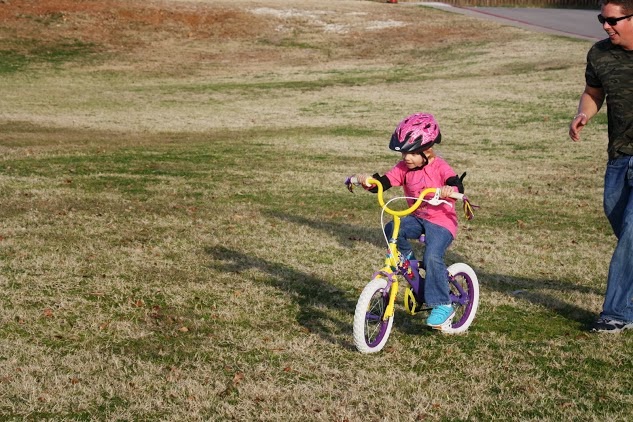 The next day she rode without Tom's help but with Will's enthusiastic support on the cement for the first time.


This all went down about a month ago, and since then Hallie's progressed to riding around our entire, very large block without stopping. Needless to say, Tom, Will, and I are tremendously proud of her.

The problem lies in the fact that Hallie learned to ride without training wheels at a considerably younger mental age than Will. At five-and-a-half, Will could understand brakes and traffic and signaling. At four-and-a-half, Hallie understand nothing except staying upright. She doesn't quite grasp braking, assumes all traffic will stop for her, and won't let go of her handle bars. She rides like a blind bat out of hell and with an awareness of nothing except the pavement in front of her.

The only solution we've come up with so far is for either Tom or me to run - and I mean RUN - right next to her so that we can grab her handlebars as she approaches corners and intersections. Both Tom and I consider learning how to brake a top priority and are working with her every weekend because, let's be honest, while this temporary solution works, keeping up with an adrenaline-charged, four-year-old bike rider on foot is exhausting.

I smile when I think about both of our kiddos accomplishing this feat and how their reaching this milestone is now woven into the fabric of our Texas experience. But perhaps my favorite part of all this was watching how patiently and kindly Tom helped each child overcome their fears, develop a sense of confidence, and eventually take flight. He deserves every ounce of pride he so obviously feels.