The Odds are in Johnny Football's Favor

Just a few minutes ago, as the four of us were dressing in our Aggie gear in preparation for this afternoon's battle between Texas A&M and LSU, I received a text message that included this picture: 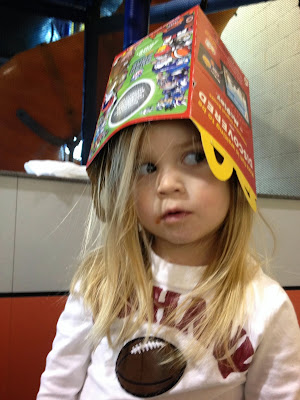 If you look closely and underneath Lily's hair, you can just barely make out the name "Johnny" on her shirt.

I'm so thrilled to report that, while searching through the rubble left behind after the tornado, Sara and Jeff found both Lily and Carter's Johnny Football shirts. I have a feeling Johnny's going to bring home a victory for Lily and Carter this afternoon.
Posted by Chasing Roots at 12:08 PM