A told B and B told C, I'll Meet You at the Top of the Coconut Tree. I mean, Pecan Tree.

Thanks to Hallie's slightly-flawed Texas tutorial, during which she maintained until the bitter end that the coconut tree - not the pecan tree - was the state tree of Texas, I've had pecans on the brain. I love pecans, but because we rarely keep nuts in our house (the possibility of peanut contamination always exists when it comes to store-bought nuts because most packaging companies use the same equipment to package pecans, for example, as they use to package peanuts), I only enjoy them once or twice a year.

Then on Saturday morning, a friend posted on Facebook a flyer advertising a nearby pecan farm's fall harvest festival. We'd previously made plans to spend the day hiking at Sam Houston State Park, but by the time the four of us were up, dressed, fed, and ready to go, the idea of driving nearly two hours to the trailhead was less than appealing. The opportunity to spend the day a little closer to home and at an authentically Texan establishment, on the other hand, sounded just perfect. (The possibility that Hallie might learn the truth about the Texas state tree was icing on the cake.)

We took the tractor-pulled hay/wagon ride across the farm and through the orchard; examined a few pecan trees and pecans up close; tasted pecans, coffees, olive oils, balsamic vinegars, and wines; and bought a few Christmas presents from some of the local vendors selling their wares. Oh, and a lovely young woman painted a heart - which lasted all of seven minutes - on Hallie's cheek.
Trips to the apple orchard - followed by afternoons spent baking and then eating apple pies - define fall in the Midwest. I miss our favorite apple orchard, for the apples and the cider and the donuts, yes, but also because picking apples with fingers sticky from our cinnamon sugar-covered pumpkin donuts was one of our favorite Saturday morning fall traditions. 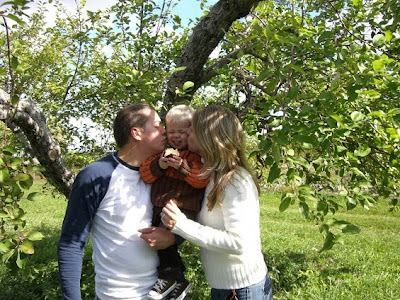 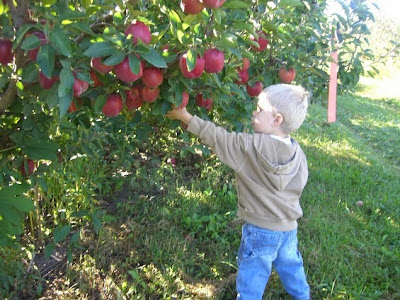 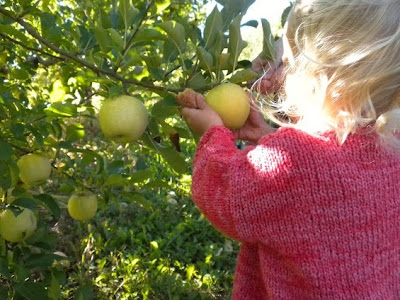 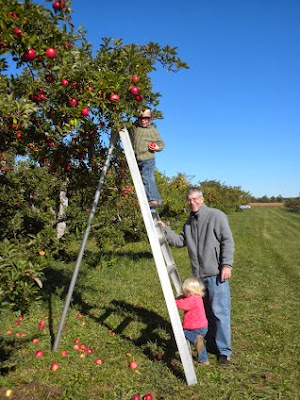 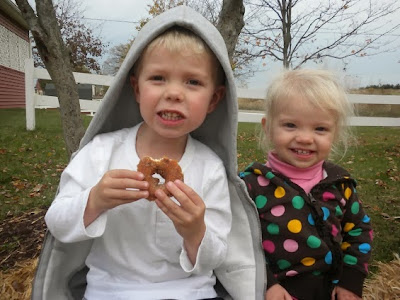 This trip to the pecan orchard, though not a permanent replacement, proved an adequate substitute for the time being. And while there were no donuts, at least we came home with pie. 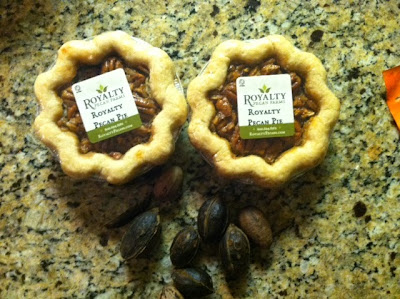 Note: Hallie is still unwilling to admit that she's wrong about the coconut tree.
Posted by Chasing Roots at 6:00 AM