I inadvertently skipped August, so this installment of "Currently: A Month in the Life" may turn into more of an August/September combination rather than a play-by-play of September's happenings...these last two months - though vastly different from one another - have become inseparable in my jumbled mess of a brain.

Listening
First, "Could It Be" by Charlie Worsham. One of my most-watched television stations regularly broadcasts - in advertisement form - this song's refrain, and those few bars intrigued me enough to purchase the entire song on iTunes. Now I know why the television station only plays the refrain.

Second, "Wake Me Up" by Avicii. My Zumba instructor uses this catchy tune as one of her regular cool-down songs, and it grew on me with each passing week. Last week I added it to my writing playlist (songs that I can listen to while I write), and thus far it's served me well.

And third, songs from the album "Some Nights" by Fun. Tom and I have tickets to see Fun. in concert next Sunday night, so I've been familiarizing myself with the songs not regularly played on the radio. So far my favorites are Why Am I the One? and Out on the Town, but I expect that to change once I've seen the songs and the band live.

Side note: I attended quite a few concerts during my college years and in my early 20's, but at least 10 years have passed since the last time I set foot in a large-scale concert venue. I'm kind of worried that once we arrive Tom and I will discover how old we actually are when we start saying things like, "I sure wish they'd turn that darn bass down - it's hurting my ears" and "I can't believe that girl's mother let her out of the house in that outfit".

Eating
Perfectly Simple (by Zone Perfect) Oatmeal Chocolate Chip Nutrition Bars. I can't say for certain where it's gone, but I've somehow completely lost the small window of time I used to have for eating lunch. My solution? These delicious protein bars, which when preceded by carrot sticks and either an apple or a serving of sliced pineapple, fill me up and tide me over until my afternoon snack of Spark and pistachio nuts.

Drinking
Crystal Light lemonade, raspberry lemonade, and peach tea. Will recently learned how to make these three beverages himself, so most afternoons he whips up a pitcher - and pours me a glass - after we walk home from school. On occasion, we enjoy an actual tea party with cups and saucers and cookies on miniature plastic plates. Outside, of course.

Wearing
Open-toed shoes. Two weeks ago we ventured up to campus to check out the live, ESPN GameDay television broadcast and experience firsthand the TAMU vs. Alabama pre-game atmosphere. Because of the thousands of extra fans in town, we ended up parking farther from and walking farther to the stadium than anticipated. I wore shoes previously "tested" for up to two miles of walking, but by the time we arrived at tailgate central, I'd already reached the two mile mark in my shoes; after walking around campus and then all the way back to the car (more than four miles total), my toes swelled up around two of the worst blisters I'd ever seen. Today is the first day since September 14th that I've worn closed-toe shoes without bandaids covering my recovering skin.

Feeling
Overwhelmed. Not so much by my to-do lists - though this week's list intimidates me, thanks to Will's birthday on Friday, an elementary school fundraiser/special event on Friday night, Will's birthday party on Saturday, and the fact that Tom will be out of town all week - but by the need to improve someone else's outlook on life. In all likelihood, I can't solve the problems causing this person's anger and frustration and anxiety, but I have to try...I worry that if I don't, I may start to go down with the ship, so to speak.

On a related note, on one of these mornings a friend of mine stepped outside in preparation for walking her kids to school, agreed with Hallie, and went back inside to get a jacket. I'm calling you out, Stacey.

Wanting
It may not be cool enough to wear it, but I desperately want a camel-colored leather jacket. I actually found a faux-leather jacket that I love, but I can't decide if I'd rather spend less and buy the knock-off or spend more and buy the real deal. Decisions, decisions...

Needing
More sleep. I have no one to blame but myself for the amount of sleep I get. I could go to bed earlier, but if I did, I'd never have a relaxing minute to myself (I spend Hallie's preschool hours working, volunteering at the kids' schools, or running as many errands as possible so that I don't have to run errands with Hallie in tow), nor would I ever be able to catch up on my DVRed television shows, read, knit, or hammer out the occasional craft project. My writing would also suffer in that while I often crank out pages of text at my McOffice during the day, I do my best editing on the couch in the quiet and dark of night.

Also, a new phone. Upgrading my phone would mean upgrading our phone plan though, and because Tom and I are too cheap to upgrade our plan, upgrading my phone will have to wait until my phone or Tom's phone actually dies of natural causes. I'm always thinking ahead though...when the time comes, any phone suggestions? Should I stick with the iPhone or go a different direction? Some days I feel like regressing back to a flip phone might actually be the way to go... 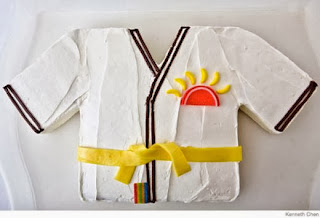 Thinking
About Will's birthday and Will's birthday party and the cake I'm going to attempt to decorate for him. I usually use a cake pan and associated instructions when decorating cakes (not that the cake pan and instructions guarantee perfection - Ariel looked more like an orangutan than a little mermaid), but this time, I'll work off of only a picture and use fondant for the very first time. When I post pictures of the finished product, please be kind in your comments...

Enjoying
Back-to-school season. Though only a month or so into the school year, I've already fully embraced my role as room mom for kids' classes and integrated back into the new-and-improved PTO at Will's elementary school. I love this kind of work, and am grateful to have a bit more time this year - when compared to last year, when Hallie only attended school three mornings a week (she attends four mornings a week this year) - to volunteer for school events and in the kids' classrooms.

Well that's September for you. October begins my favorite three months of the year, and I can't wait to metaphorically turn the page in my calendar tomorrow morning. Happy end-of-September, beginning-of-October, fall, and Tuesday to you!
Posted by Chasing Roots at 6:00 AM