A White Lie
With the exception of sporting events, Tom and I don't often gravitate toward the same kind of television show. (Our movie tastes, however, have become more and more similar throughout our nearly 10 years of marriage.) He's more of a South Park/Key & Peele/Brain Games kind of guy, while I prefer Scandal, Grey's Anatomy, and almost anything on HGTV. Thankfully, a couple of programs - Modern Family and Law & Order SVU - appeal to both of us, and we we enjoy watching these shows together between September and May. But...new episodes of Modern Family and Law & Order SVU don't come on during the summer. Boo.

We started searching Netflix for something to fill the void and stumbled upon "Lie to Me". Both Tom and I highly recommend the program - with interesting characters, unique and thought-provoking plot lines, a bit of humor, and catchy songs like these, what's not to like?


Ok, so this is actually the only song we've ever seen performed on "Lie to Me" (the show definitely doesn't fall into the Musical or Comedy category), but isn't it fun? Once Tom learns the guitar accompaniment and I learn the harmony we'll probably teach it to Will and Hallie...and then they'll sing it in the grocery store, which will be awesome. 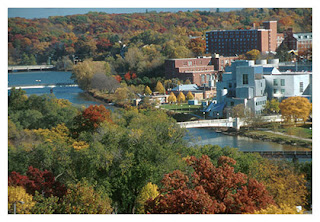 Top 10 College Towns...
Earlier this year, Away.com named Iowa City, Iowa (where Tom and I attended the University of Iowa) the #3 most "visit-worthy" college town in the United States. Ann Arbor, Michigan (where Tom attended graduate school, we lived for more than six years, and the kids were born) came in at #6, and my hometown of Madison, Wisconsin came in at #5. I couldn't agree more with the placement of these three cities on the list - all are beautiful and interesting places to live, work, and vacation, and I highly recommend paying them a visit if your travels allow. 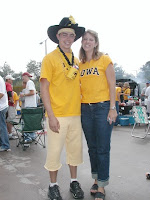 ...And the Top 20 Party Schools
The pride fades, and in its place...embarrassment? I couldn't quite put my finger on the emotion I felt when I learned that the Princeton Review named the University of Iowa the #1 party school in the United States. 10 or so years ago I would have shouted this "victory" from the rooftops, but now, as a parent who would really like her little Aggie fans to be Hawkeyes (ohh, alright. I'll support them regardless of where they decide to go to school, as long as they don't choose Ohio State. Then all bets are off), I kind of wish my alma mater hadn't received this very public and less-than-flattering distinction. Oh well, at least we had fun while we were there.

Now that I think about it, maybe we contributed to the problem...

Cats Who Aren't Where You Left Them
I love cats. I love dogs too, but I honestly prefer - and I realize how strange this sounds - the stubbornness, moodiness, and independence more typically associated with animals in the feline family. My kids want a cat for Christmas (since Santa won't bring them a pig), and I want to give them a cat for Christmas. I have my reservations though, and they include 1) figuring out care for him/her when we travel (our families live far away, so we when we visit them, we're always gone longer than a cat can fend for itself at home), 2) cat hair, and 3) cat hair. Oh, the cat hair.

I'm posting a link to these adorable pictures of adorable cats in adorable places/positions in hopes that the adorableness will overpower my reservations and a kitten can join our family in a few months.

Back to School Survival
This back-to-school survival post first ran on MomsEveryday a year ago, but because that time of year has come around again and this post is one of my favorites, I thought I'd throw the link up a second time. Keep the back-to-school chaos in check and make the most of the rest of your summer! 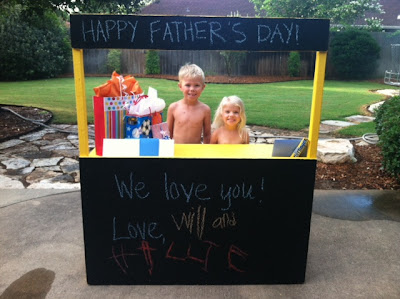