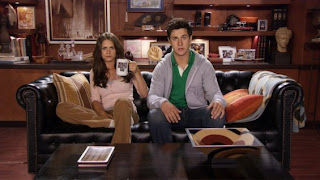 These Kids are Angry!
Do you watch How I Met Your Mother? The entire sitcom, which begins its 9th and final season this fall, revolves around future Ted - one of the show's five main characters and voiced by Bob Saget - explaining to his children how he met their mother back when when he was a younger man. Future Ted has been telling his children this l...o...n...g and somewhat inappropriate story for years now, and it seems his future kids are as annoyed as I am about having to wait so long to actually learn how he met their mother. If you're a fan of How I Met Your Mother, you'll likely enjoy this clip - created for Comic-Con 2013 - as well. (The language isn't entire clean, so send your littles out of the room for this one..) 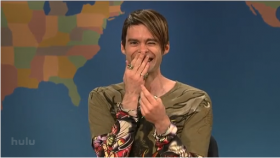 SNL Actors Breaking Character
My favorite Saturday Night Live moments are the ones in which the actors are having so much fun or find their material so hysterical that they break character and start laughing. I especially love watching Bill Hader fall apart as Stefan tries to explain to Seth Meyers which New York City late night establishments deserve his patronage.

Check out this video compilation of SNL actors past and present - everyone from Gilda Radner and Chris Farley to Will Ferrell to Kristen Wiig (and yes, my favorite Will Hader) - as they just completely blow it, time and time again. It's awesome.


50 Funniest Moments from The Office
I'm on a roll with these television comedy show clips, so it makes sense to keep on keepin' on with Mashable's compilation of the 50 funniest moments from The Office. My absolute favorite is #26, but the photo should be accompanied by this video in order for you to understand the full story.


I miss The Office already, don't you?

"The Funnies" Continue
Just because... 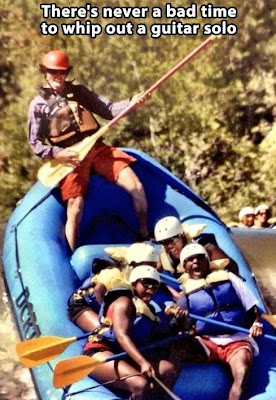 MomsEveryday: All I Want for Christmas is a Pig
In case you missed it the first time around, MomsEveryday ran "All I Want for Christmas is a Pig" - the story of Hallie's recent obsession with all things piggy - last week. On a positive note, Hallie seems to be less interested in Santa Claus bringing her a pig than she was a month ago. On a negative note, she's considering a number of other animals that I'm certain would prove equally disastrous as pets. Hippos, anyone? A baby giraffe, please? A kitten is sounding better and better...