Texas Treats
When the kids and I stumbled upon this waffle iron at Bed, Bath, & Beyond a couple of weeks ago, Will begged me to bring it home and add it to our collection of kitchen appliances. Nevermind the fact that he doesn't like waffles. 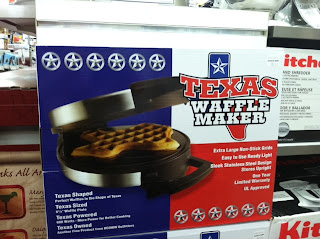 The Texas-shaped waffle iron was pretty cute though, and it started me thinking about what other Texas-themed food I could make, bake, or decorate. Google found me quite a few options:
The interesting thing is that these same kitchen items in the shape of my home (Wisconsin) and adopted (Iowa, Michigan, Nebraska) states were much harder to come by, at least by way of a Google search. Perhaps Texans are more interested in using food as a medium through with to show their state pride.

Just Because...
...it's pretty, and because I'm on something of a Texas kick today. 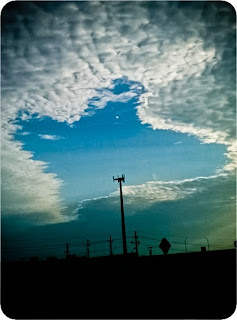 Old Spice Muscle Music
If you haven't yet watched this Old Spice commercial, watch it now. I laugh out loud every time this guy cranks out a keyboard solo with his six-pack abs.


Red Cross: Thank You
As you likely know, many regions throughout Louisiana and Mississippi were severely damaged when Hurricane Isaac made landfall at the end of August (seven years - to the day - after Hurricane Katrina made landfall in the same location). More than 100,000 people have been without power, and thousands were forced to evacuate when the water levels rose above the levies and flooded their homes. In the midst of such tremendous devastation, American Red Cross volunteers are on the scene - as they always are when disaster strikes - offering shelter, food, clothing, medicine...and hope...to those in need. Thank you.
Posted by Chasing Roots at 6:00 AM