Love
A little girl asked her older brother, "what is love?"
He replied, "love is when you steal my chocolate candy from my backpack everyday...and I still keep it in the same place."

You should know that this little girl was not Hallie and the older brother was not Will.  I can only hope that someday they'll show the love they feel for each other in ways that the rest of us can recognize as something other than teasing and wrestling.

Orange. And Teal.
My favorite color is red, but my favorite summer and fall color - at least this year - is orange. Especially orange with teal. I want to live in an orange world, surrounded by teal throw pillows.

I've already added an orange dress and a teal skirt/orange tank top combo to my wardrobe, but I've come across SO MUCH MORE online and wanted to share a few of my favorites with you, in case you too need a little more orange in your world (most of these pictures came from Pinterest, and when the link worked, I included it below): 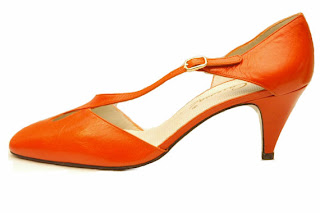 And now that I think about it, I've always liked orange and teal.  My kitchen in Michigan had a teal-tiled countertop and backsplash with copper tile accents, and I painted the walls orange (which really made the copper tiles pop).  It sounds scary, I know, but I thought it was fabulous.
Red Cross: 9/11 National Day of Service and Remembrance
I had a tough time focusing on my writing this week, primarily because of the Tuesday anniversary of September 11th.  Like most everyone who was alive and of at least elementary school age on that horrific day 11 years ago, I remember exactly what I was doing when I heard about the first attack on the World Trade Center.  I remember where I sat as I watched the second, third, and fourth planes crash.  And I remember understanding almost immediately that I was living one of the most significant days of my life, and that from that point forward our country would never be the same.

When the anniversary of the September 11th attacks rolls around - and it always seems to sneak up on me - I remember these gut-wrentching details all over again.

It would be easier to just go about my day-to-day life and avoid September 11th.  I could turn off the radio and television and skip the online newspapers and news websites, and instead, shop online for orange and teal necklaces and sunglasses, chatter with Hallie about rainbows and kittens, and teach Will how to alphabetize the names of all the characters in Star Wars.  Sometimes I give in to "easy", as is evidenced by the lengthy list of orange above.

But "easy" and "right" aren't the same thing.

And so after spending the first hour of every September 11th trying to forget, I spend the rest of the day trying to remember.  I watch the coverage of the memorial services and listen to the testimonies from families who lost loved ones.  I talk with Will and Hallie about September 11th, as simply as I can and in a way that I consider age-appropriate, and let them pick out patriotic outfits to wear.  (This year they both chose to wear red, white, and blue beaded commemorate bracelets as well.)  And as painful as it is, I watch the planes crash all over again.

I would imagine that the greatest fear for a person who's lost someone close to them is that that someone will be forgotten.  That the world will keep spinning and people will move on and forget who that someone was and where they belonged in the world and that they were loved.  It's all too easy to associate September 11th with terrorist attacks, extreme airport screening requirements, and a permanently orange security threat level and forget that real lives - parents, children, siblings, aunts, uncles, cousins, nieces, nephews, friends - were lost.  It makes for a tough week, but so help me, I will remember.

Please visit this week's post on the Red Cross blog and learn more about how you can pay tribute to those who lost their lives and those who served on September 11th.
Posted by Chasing Roots at 6:00 AM