Also on the writing front, now that summer has begun we've once again gotten into the rhythm of visiting Spoons University's "45 Places to Eat in College Station Before You Die". We still have a ways to go, but we're back on track and I should have another "Rate Your Restaurants" post up soon!

Reading
After months of struggling to finish even one book a month, in June I finished TWO books! When Promise Not to Tell by Jayne Ann Krentz once again became available at the library, I cruised through the second half of the book. (I didn't have enough time to make it through all 350 pages when I checked it out the first time.) The unique premise - about a woman battling demons from her time in a cult as a child and a bizarre connection between that past and an artist friend's assumed suicide - drew me in initially, and I enjoyed the book's climax and ending. But I found the storyline a little jumpy and at times difficult to follow because so much plot was happening all the time. All in all, a solid mystery, especially for readers who slow down and focus on the details. (I read more quickly than I should so I often miss some of the details.) 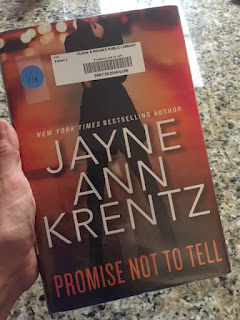 I also read Nicole Baart's Little Broken Things, about a family whose carefully crafted facade comes apart when one of the adult daughters abandons an endangered little girl with her sister and brother-in-law. Every aspect of this suspenseful novel was well-developed and I enjoyed it enough to actively seek out other books by this author. 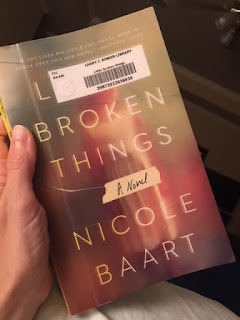 Watching
I finally had the opportunity to watch Coco, and just as everyone who's seen this children's movie warned me I would, I cried huge crocodile tears more than once during the film. Usually when I cry during movies, Will and Hallie give me a hug but also kind of laugh at me; when I cried during Coco, they were crying right alongside me. Child or adult, if you haven't yet seen Coco, add it to your watchlist but prepare for its emotional toll.

The kids and I also saw The Incredibles 2, and this sequel 14+ years in the making lived up to all the hype. I imagine a second trip to the movie theater is in the cards, this time with Tom in tow!

Beyond movies, we've been watching basically every World Cup soccer game. I wish the United States Men's National Team had made the tournament, but we've latched on to different countries' teams instead and when we don't have a vested interest during a game, we just root for good soccer.

In honor of the World Cup, here's three-year-old Will's first soccer photo. Given how much he now loves the game, it's hard to believe that he cried for more minutes than he didn't that first year. 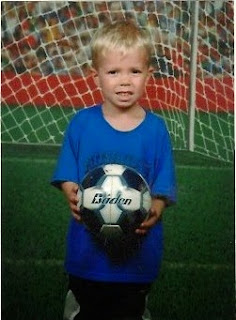 Listening To
Hallie just finished Vacation Bible School so we have been listening to this year's VBS songs - as well as the songs from the last two years - on repeat in the car. The songs are surprisingly catchy, and give that they are intended for children, also easy to learn.

Trying/Using
This month I tried three different subscription services, all of which I've enjoyed.

First, Grove Collaborative, which offers natural home, beauty, and personal care products which are, according to their company standard, "healthy, effective, eco-friendly, and affordable". Signing up comes with a few perks (at the time I signed up, the special gifts included three Mrs. Meyer's cleaning products, a glass tray, and a glass spray bottle which I LOVE) and when you place future orders at a certain price point, you earn free products. I've ordered items I would have otherwise picked up at Target, and tried a couple of new products as well!

Second, Billie, a shaving company specifically for women. "Women shouldn't be an afterthought in the shaving category. We deserve to have a great shave and no, we're not paying more for it. We're here to make a daily routine a little more delightful and a lot more affordable." I liked the simple design and the price for the starter set - a Billie handle, a magnetic holder (a surprisingly cool component), and two five-blade razors for $9 - seemed reasonable, so I placed my order. A couple of weeks in, I've come to realize that even though my previously-used disposable razors were a little less expensive, they were no where near as functional or comfortable as my new Billie. And the magnetic holder?! Seriously a game changer. 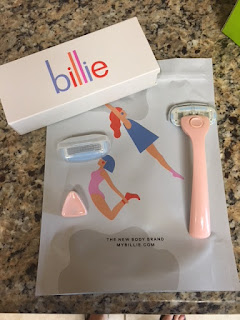 And third, graze, which offers delicious and wholesome personalized snack boxes. graze snacks have no artificial colors, flavors, or preservatives, are packaged individually with healthy portion-control in mind, and are approved by a nutritional therapist. Some of our favorites thus far include cheese board, spicy sriracha crunch, fantastic forest fruits, summer berry flapjack, and snickerdoodle dip with cinnamon pretzel sticks. 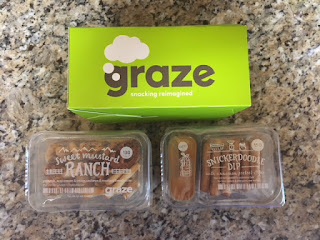 Disclaimer: I have no affiliation with Grove, Billie, or graze and am sharing the information above as a happy customer only. If you'd like to sign up for any of these subscriptions, you are welcome to use my referral links, each of which I received only because I am a paying member.

Wearing
I tried on these shoes at DSW a month ago, but when they didn't have my size in stock I considered it a sign and walked away. I kept thinking about them though, and when I discovered that Amazon had them available on sale - one left in my size - I considered it a second sign and bought them.  They're surprisingly comfortable given my old lady feet problems. 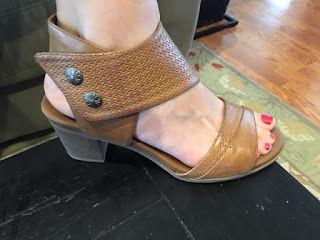 Side note: while in DSW last week, Hallie asked me if I was 40 years old. I told her that no, I had not yet turned 40, so she stood up and, at a volume appropriate for cheering but not for DSW, celebrated my "youth".

"WAY TO GO, MOM! YOU'RE STILL IN YOUR THIRTIES!" 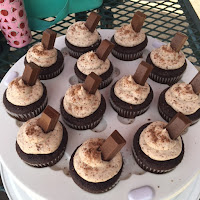