A few years into writing Chasing Roots, the lines between "life in Texas" and "life with kids" began to blur. I had a difficult time determining where certain posts should go - on my Texas blog or my family blog - so I decided to stop worrying about which blog, and focus on one blog. Once my family fit in here in Texas, it felt like my family's lives should fit into my Texas blog.

That being said, every few months I write a post about one of my kids or my family that has only a weak connection to Texas. When that happens, I feel like I need to add a disclaimer at the beginning of the post. So here it is: today's post is about Will.

Will cried for every minute of his first soccer practice. He was three years old - almost four, actually - and while he had asked to play soccer, on that first day he had absolutely no interest in participating. That tantrum still remains one the three worst of Will's entire life.

He ended up enjoying the season, but shortly after the Blueberries' last game, we moved to Texas and took a few months off from sports. Will played soccer again that fall and in kindergarten, but in kindergarten he also added baseball and in first grade he dropped soccer in favor of baseball. Though soccer was and is "my sport", I didn't mind that Will seemed to prefer baseball - I enjoy watching him do just about anything, and as long as he was happy with his choice, I was happy too.

Out of the blue and in second grade, Will decided to leave baseball behind in favor of returning to the soccer field. He played two seasons of recreational ball, but I could see - especially midway through his second season - that Will was ready for more than that league could offer. He came home one evening and asked if there were other options for him; he wanted a coach who knew more about soccer than he did, teammates who wanted to be there and understood the game, and an opportunity to improve. I talked to parents throughout our city and eventually opted to register Will for the Aggieland Division of the Houston Texans Training Academy. Academy looked and sounded like a cross between recreational soccer and traveling/competitive soccer, and seemed like a good fit for a third grader who desperately wanted an upgrade but whose parents weren't quite ready to spend every weekend traveling to soccer tournaments.

We made the right call. Not only did Will dramatically improve as a soccer player, he grew as a teammate, an athlete, and a competitor. Will also came to truly love the game, so much so that at the end of his Academy year, he decided to tryout for the club's Aggieland select team.

Side note: those three nights of tryouts were some of the most tense and stressful of my adult life. I felt like I was going to vomit for 72 hours straight.

Will made the team, bless his soccer-loving heart, and now his parents have signed away the majority of their weekends from the middle of August through the end of May. 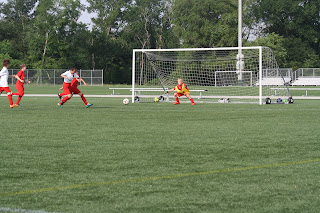 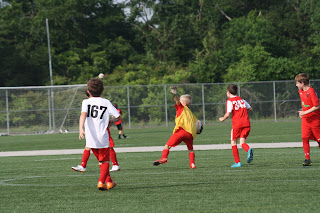 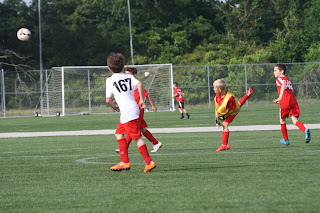 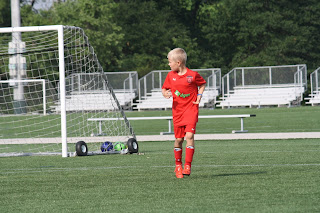 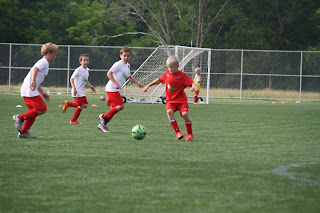 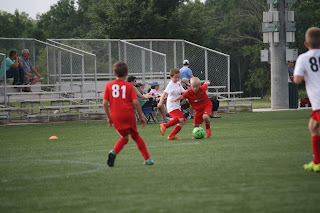 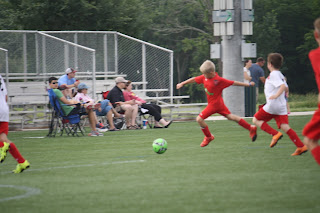 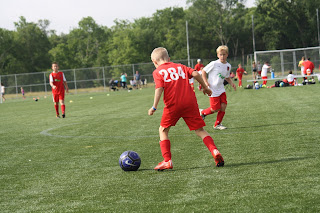 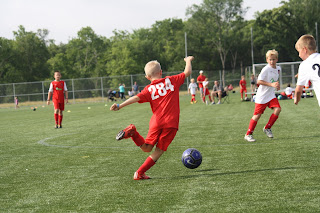 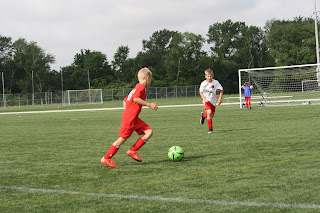 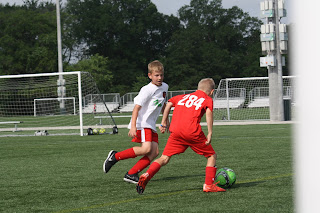 I am tremendously proud of Will, not because he's the best soccer player on his team, but because he's not. Sprint for sprint, he's not the fastest. Move for move, he doesn't have the best footwork. Shot for shot, he's not the strongest. Yes, he's a good soccer player. But he earned his spot on that team because he's an incredibly hard worker, a supportive teammate, and a leader on the field. And if soccer helped him develop those skills, this mama will gladly spend her weeknights driving to and from soccer practice and weekends traveling to soccer tournaments.

It's likely that if we lived elsewhere - if we'd moved somewhere other than College Station five-and-a-half years ago - our kids would still have had the opportunity to attend exemplary elementary schools, participate in quality sports programs and extracurricular activities, and make life-long friends. Likely, but not guaranteed. Today's post was one of those that reminded me how grateful I am that we made the choice we did almost six years ago, and for the life that choice has afforded us.
Posted by Chasing Roots at 5:00 AM