We officially decided to travel to California and take the kids to Disneyland six weeks prior to our departure date. If planning for our trip had been up to me exclusively, we would have purchased our plane tickets and made our hotel reservations months in advance. But because Tom had to take charge of the travel plans - it was his Disneyland conference, which meant he had to coordinate our flights, book the hotel, etc. - we cut everything a little a lot closer than I would have liked.

In the end, and this ONE circumstance, Tom's procrastination ended up serving us well.

After our trip details were set, I started researching what I needed to know about and do before visiting Disneyland. Nearly every article and blog post I read started with (a more tactful and polite version of) "if you haven't started planning at least six months in advance you might as well not visit the parks at all, you idiot". After squashing an anxiety attack, I decided to take a page from Tom's playbook and just not worry about it. At all. It was one of the most un-Erin-like - and one of the best - decisions I have ever made.

I didn't buy the kids Disney-themed, personalized, and/or coordinated outfits. They wore comfortable athletic clothes and sneakers, and not only did Hallie not complain about her attire, she told me she was pretty sure a tutu or princess dress would have gotten in her way. I didn't schedule meals with characters, or schedule meals at all, for that matter. We ate at off hours, and I carried with me a few snacks to tide us over when necessary. We didn't schedule princess or pirate makeovers, knowing that if the kids really wanted to do something like this, options besides the Bibbity Bobbity Boutique exist. We didn't plan which days we would spend at each park until the night before, after we had checked the weather report and Tom's conference schedule and verified the park and magic hours. We didn't plan which rides and attractions to visit until the night before, and even then, we only planned the first two hours of our days. We didn't get any Fast Passes ahead of time (I don't actually think you can get Fast Passes ahead of time at Disneyland - that might only be a Disney World thing), but made great use of the Fast Passes once we entered the parks. We didn't stress about "doing it all", and instead focused on making sure everyone felt like they had a say in which rides we went on, which attractions we visited, and how long we stayed. And we left the last day of our trip completely open, which allowed us plenty of time to wander through Downtown Disney, shop for souvenirs, take full advantage of our hotel's pools and waterslides, and ultimately just rest up before heading back to real life.

This lack of planning translated into some of our best moments. We had ice cream for breakfast. Twice. We tried new restaurants because we didn't make reservations at the restaurants we would normally have chosen. Neither Will nor Hallie had any interest in dining with or waiting in line to see characters, or in a princess or pirate makeover, so we cruised right on by those lines and crowds and had that much more time for rides and attractions. We went back to the hotel when we felt like we'd done enough, rather than sticking around until late into the evening just because we could...and as a result discovered that we had a spectacular view of the fireworks out our hotel room window. Because we didn't schedule our days, we stumbled upon some really cool attractions we might have missed if we had been committed to getting somewhere at a certain time. We loosely planned our next two rides while waiting in line, and by getting one Fast Pass as soon as we'd used the previous one, we never waited longer than 15 minutes for even the most popular rides at both parks. We did each park's water ride at the end of the day, so that after getting wet the only thing we had left to do was walk back to our hotel. Speaking of walking...we tallied more than 22,000 steps each day and both kids CRUSHED it. Not one complaint about tired feet or wanting a stroller. (I was ridiculously proud of them for this.) We saw so many people waiting in line to ride the monorail the approximately 1/3 mile from Downtown Disney to the parks; we walked that distance, and were literally the first people in line to enter Disneyland on Saturday morning.
There are lots of websites and blogs dedicated to planning for a trip to Disneyland, so I'll leave the nitty gritty to them. I will, however, share with you a few of my tips.

L...O...N...G story short, we had a wonderful bucket list trip to Disneyland, made all the more Mickeytastic by the fact that I couldn't plan the daylights out of it before we arrived. Lesson learned. 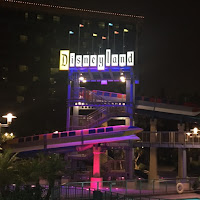 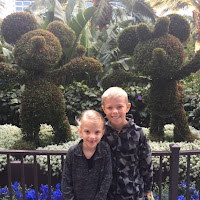 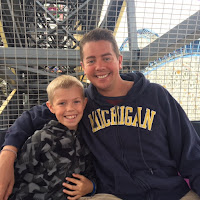 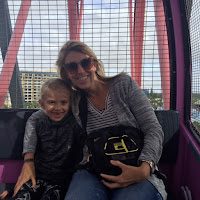 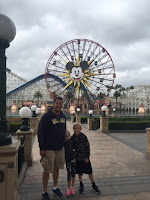 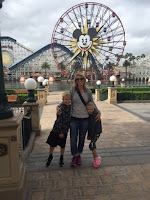 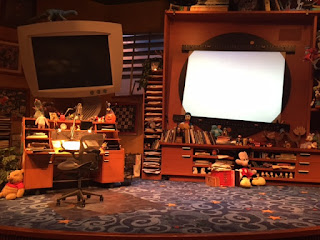 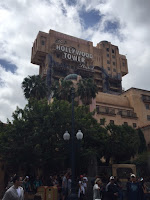 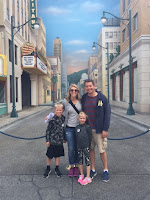 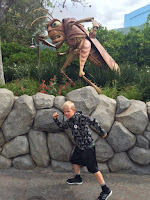 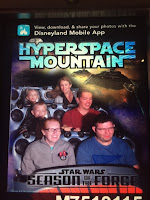 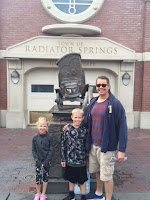 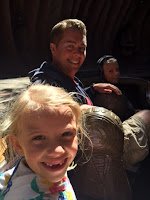 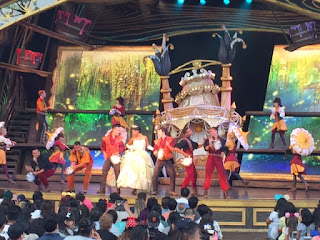 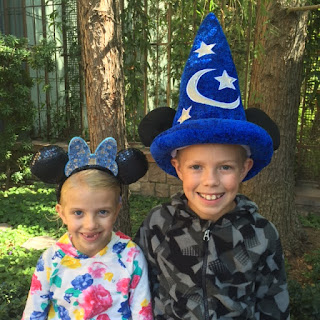 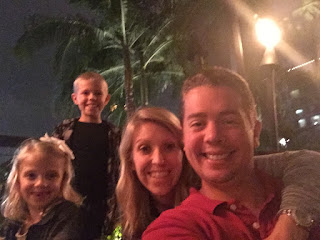 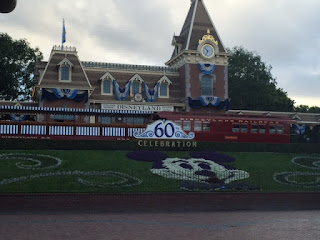 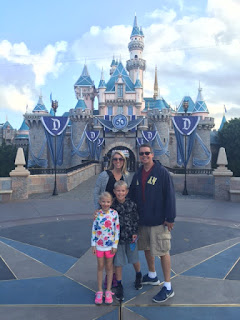 And for those of you who follow the photo series for which Hallie has become famous, here you go: 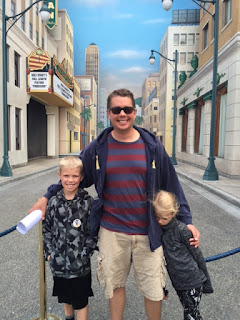 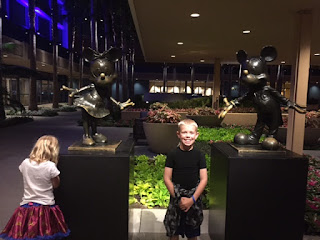 Not even the Happiest Place on Earth could keep Hallie from having a moment or two...
Posted by Chasing Roots at 5:00 AM