Growing up, the corner lot on the far side of our next-door neighbor's house sat empty...except for a row of established apple trees. These six or seven trees had broad, sturdy trunks that stretched more than 15 feet in the air, and each tree's branches began growing so low to the ground that even small children had no trouble climbing aboard.

The apple trees offered sustenance - who doesn't love apples fresh off the tree?! - as well as a place to play and explore and even hide. (I "ran away from home" a time or two as an elementary schooler, however I only ever ran as far as the apple trees…can you call it hiding when your mom can easily find and keep an eye on you from your front lawn?) My sister and I spent countless hours climbing on, hanging from, and nestled among the branches, safe in our own little world. 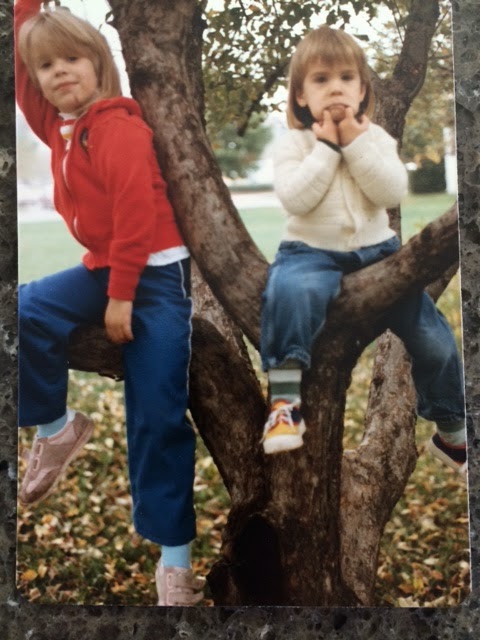 There is something authentically "childhood" about climbing trees. About timidly leaving safety and security behind to venture higher and higher and higher. About working physically and mentally hard to reach a seemingly impossible goal. About finding joy and peace among Mother Nature's - and not Nintendo's - creations.

But the trees in Texas? The trees in Texas are ANGRY. Their bark is rough, their branches prickly, and their leaves scratchy, not to mention the fact that most trees are covered with a fine layer of biting ants. Will and Hallie steer clear, at least of the trees in our backyard, because 1) they can't climb into the trees without a ladder (the branches don't begin until seven or eight feet off the ground), and 2) even if they could make it into the trees, they're too worried about sharp branches and ant bites to enjoy themselves. (I'd like to tell them both to toughen up, but their skin reacts so quickly and violently to cuts and scratches from bushes and trees that I worry too.) 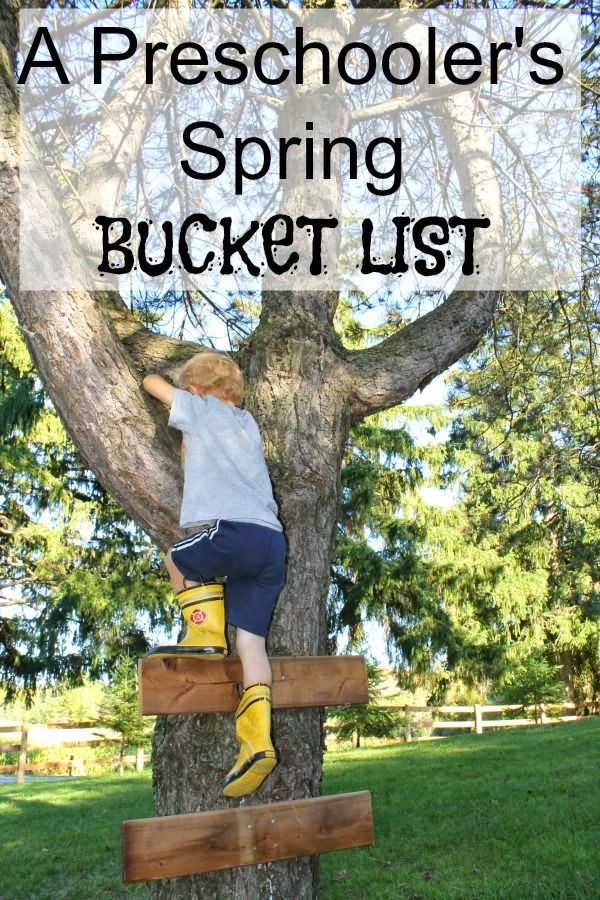 I had no interest in the "Preschooler's Spring Bucket List" this picture represented and linked to, but knew immediately that those simple wooden rungs would solve the majority of Will and Hallie's tree climbing problems.

I asked my handy FIL, who happened to be visiting last weekend, if he could recreate these rungs on a tree in our backyard and an afternoon later our tree looked like this: 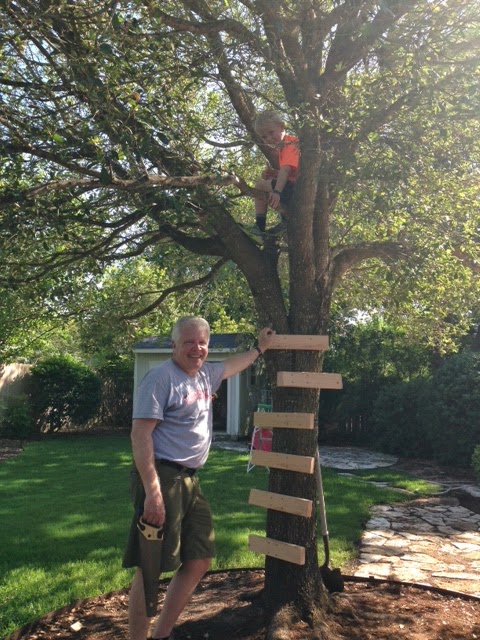 He "built" the rungs, cleared away the branches that could potentially cause problems for small climbers, and took care of the ants. 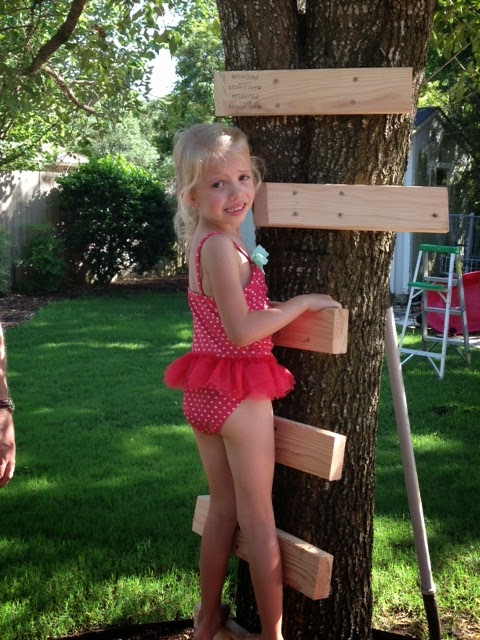 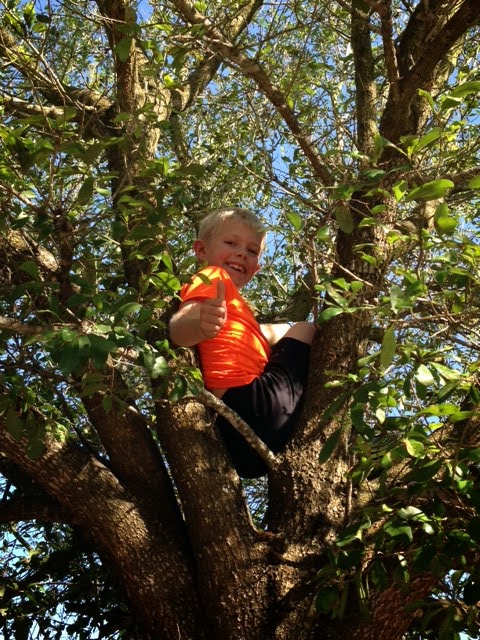 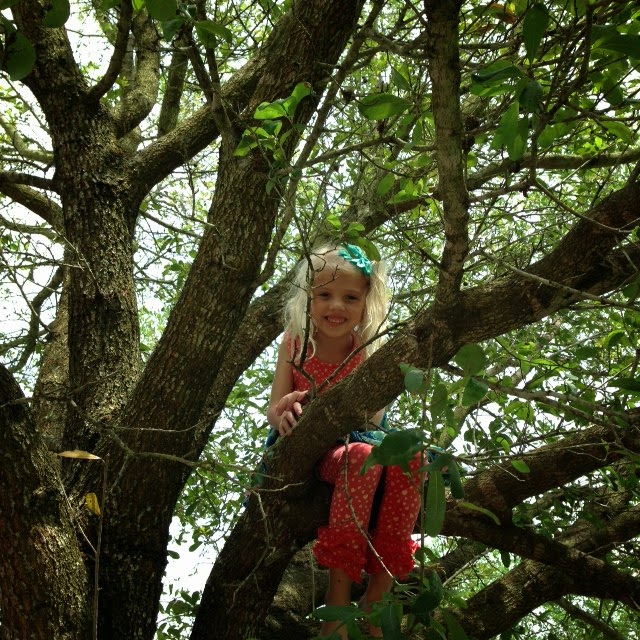 And then, as if this whole "authentic childhood" playing out before my eyes wasn't emotional enough, Will ran inside, grabbed his Harry Potter book, and climbed back into the tree to read. At least today.
Posted by Chasing Roots at 5:00 AM