I played competitive soccer growing up, and though I no longer have a team to call my own, I follow the sport - both the men's and women's leagues - wholeheartedly during World Cup and Olympic years and loosely during "off" years. Until very recently, neither Will or Hallie cared much for soccer. Both played a few seasons as three-, four-, and five-year olds, but to them, soccer practices and games were just an opportunity to (in Will's case) run as fast and kick as hard as he could without getting in trouble and (in Hallie's case) wear pink socks.

That all changed for Will this past summer. Seemingly overnight, soccer was no longer just a game; soccer had become a sport. A sport that required speed and strength and strategy, as well a physical and mental toughness, that he couldn't see or didn't understand before. For the first time he listened when I explained correct foot positions for shooting and passing, how to defend players with exceptional ball-handling skills, the difference between indirect and direct free kicks, and how to intimidate and take advantage of nervous goalies. For the first time he recognized that I had something valuable to offer when it came to athletics.

One of the opportunities afforded to us as college town residents is a wide range of available athletics, both to play and watch. Suddenly a soccer fanatic and in need of a team behind which to throw his unwavering support, Will remembered that TAMU has a soccer team. An excellent soccer team. A soccer team made up of talented, physically fit, and tougher than nails athletes who this year ended up winning their conference, winning their conference tournament, and qualifying for the NCAA Tournament College Cup (meaning they made it all the way to the final four). They also earned the title of winningest team in TAMU soccer history.
After attending several regular season games, the Sweet 16 game, and the Elite 8 game (the Aggies' stellar regular season play earned them home-field advantage for their first four NCAA Tournament games), Will became invested at a level second only to that which he reached when Johnny Football entered the NFL Draft. He was SO proud of his Aggies.

Now that Will considers himself a soccer player, I hold back only a little when he and I go head to head. During a recent mom vs. son scrimmage and after I completely faked Will out to make a spectacular shot on goal (if I do say so myself), Will stopped in his tracks and declared that I had really "kicked that one like a girl". When I asked for clarification, he explained that I had kicked the ball hard and fast and right in the corner where the goalie, had we had one, wouldn't have been able to stop it. I smiled and asked him what it meant to "kick like a boy"…after thinking about it for a minute, Will decided that "kick like a boy" meant the same thing as "kick like a girl", except that boys have to cover their private parts when the ball comes their way.

Yep, I'd say that's a pretty balanced a view of male and female athletes. Thanks, Aggies, for helping us get there, and congratulations from the four Ferri on a great 2014 season! 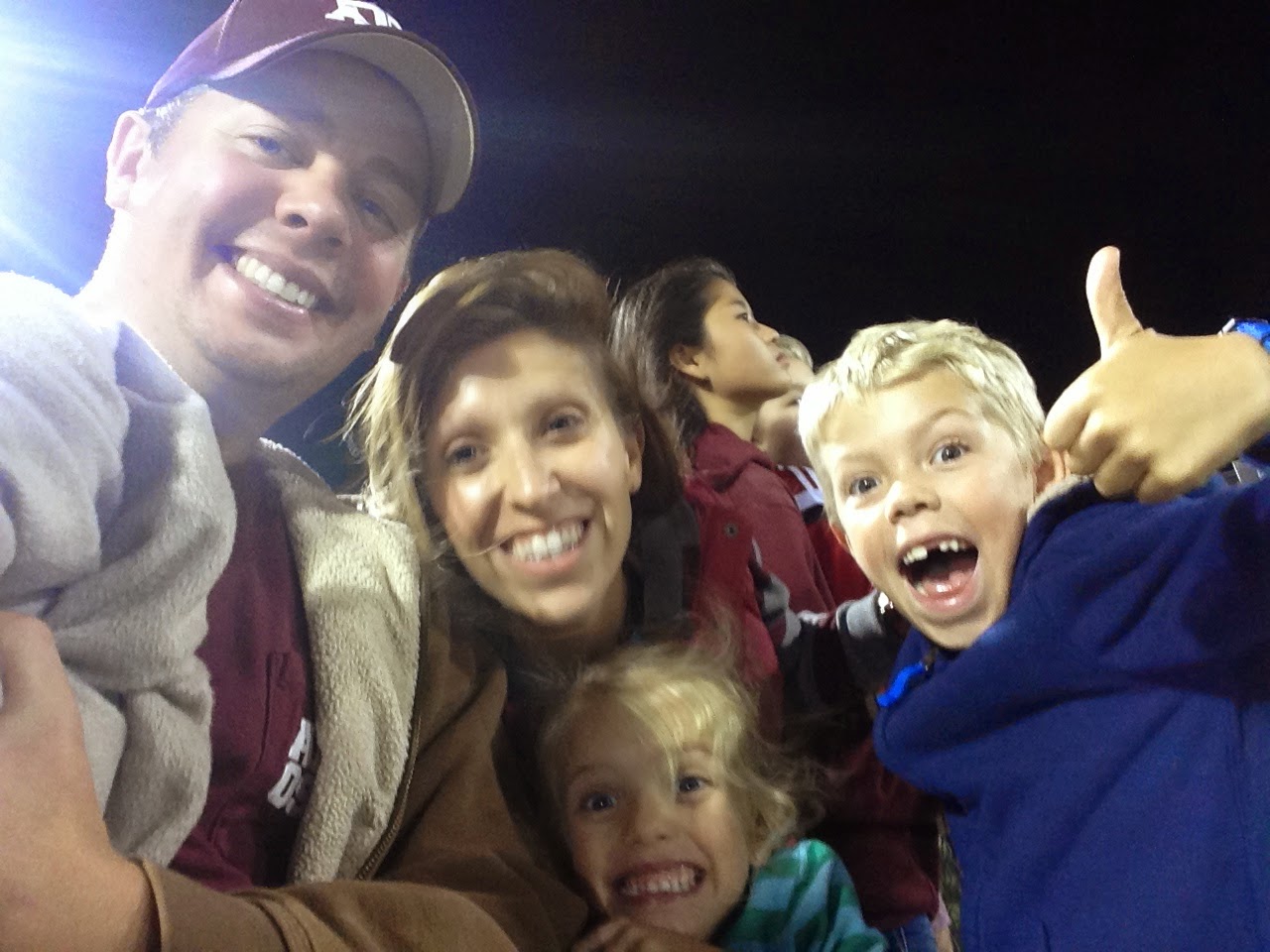