Go Ahead, Ask Me. I'm (a Novice Disguised as) an Expert.

Over the Thanksgiving weekend we took Will and Hallie to the TAMU vs. Duke women's basketball game. The game would be televised because both teams were highly ranked, but because the game was scheduled during a holiday weekend, the athletic department (or whoever stresses over these things) was worried about the stands appearing less than full on national television. To solve this problem, they offered two free general admission tickets to all faculty members, and we of course took them up on their offer. Score.

So that all four of us could attend, we planned to purchase two additional tickets at the door. While waiting in line at the ticket window, a woman - not a scalper or an official TAMU representative or anyone like that - approached us, asked how many tickets we needed, and then gave us two of her tickets for free. For no other reason than she and her family couldn't use their tickets and she wanted to do something nice for another family. That, in a nutshell, is kind of what living in College Station is like most of the time. 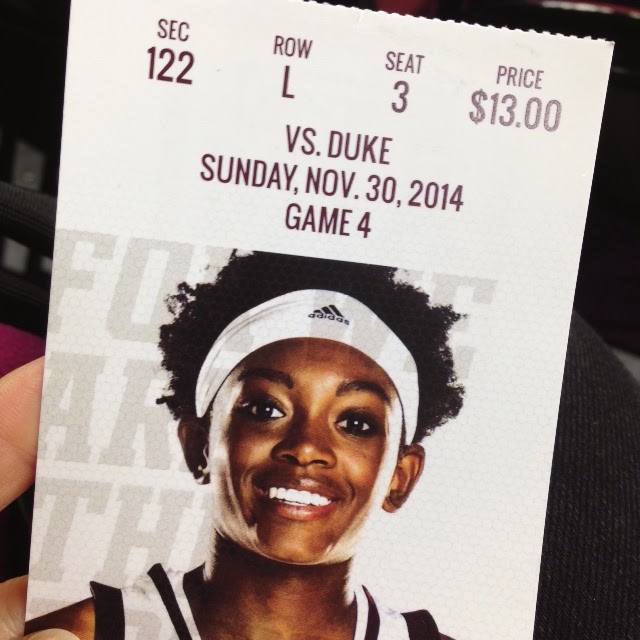 Because most of the students were still out of town, we choose seats close to the court with a great view of both the players and the TAMU Yell Leaders. Now we're no experts, nor will we ever be experts, but after four years in College Station we're no longer clueless when it comes to the Yell Leaders. We know never to call them cheer leaders (Aggies don't cheer, they yell), what to do when instructed to "hump it", how to "pass it back", and which Yells many of the hand signals represent, and at this point we can correctly participate in quite a few Yells. We also know all (well, all but one) of the words to Aggie War Hymn and at what point during the song to put our arms around and cross legs with the people on either side of us. To a non-Aggie and visitor to College Station, we probably look like we've got our act together.

Midway through the TAMU vs. Duke game, one of the high school basketball players sitting behind us tapped me on the shoulder and asked, "excuse me, ma'am. Who are those guys up there? What are they doing? Why are they wearing matching white outfits?"

I probably looked at her with a somewhat puzzled expression on my face, as prior to that moment I'd never met anyone in College Station who hadn't heard of Yell Leaders. They're local - if not state-wide and beyond - celebrities, after all. Up until that moment I'd also never been asked (except maybe by Tom's and my families) to answer questions about TAMU traditions.

I was giddy to have been asked these questions, and even more excited to know the answers to these questions...I may or may not have talked these poor girls' ears off for 10 minutes straight about the Yell Leaders and their role at athletic events.

Tom and I may not have graduated from TAMU, but we've done our best to become - and to help our children feel - a part of the Aggie community here in College Station. I can only hope that when my turn came to represent, I did "our" Aggies proud.

In addition to my moment of Aggie glory, the Aggies beat Duke in spectacular fashion, Will made it on the jumbotron, we only spilled 1/3 of a bucket of popcorn, the halftime show was guys doing flips off trampolines and dunking, and my parents - who were able to watch the game in Wisconsin - saw Will and I on national television multiple times. Not bad for a Sunday afternoon in Aggieland!

And apparently I only took pictures of the halftime show... 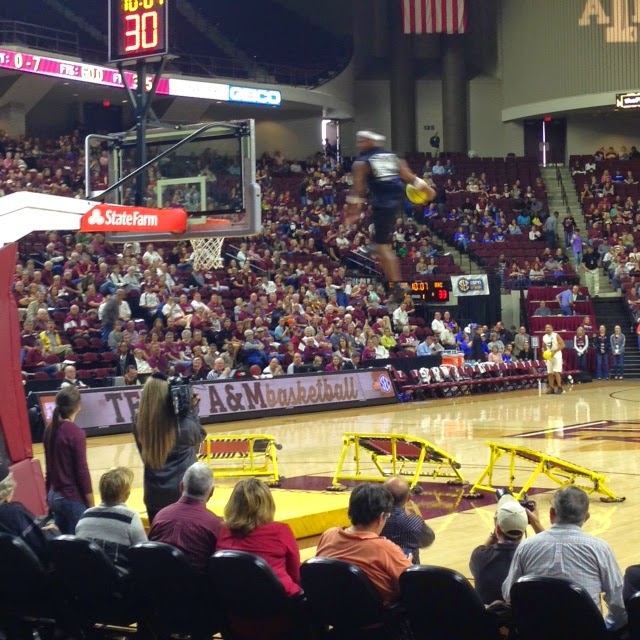 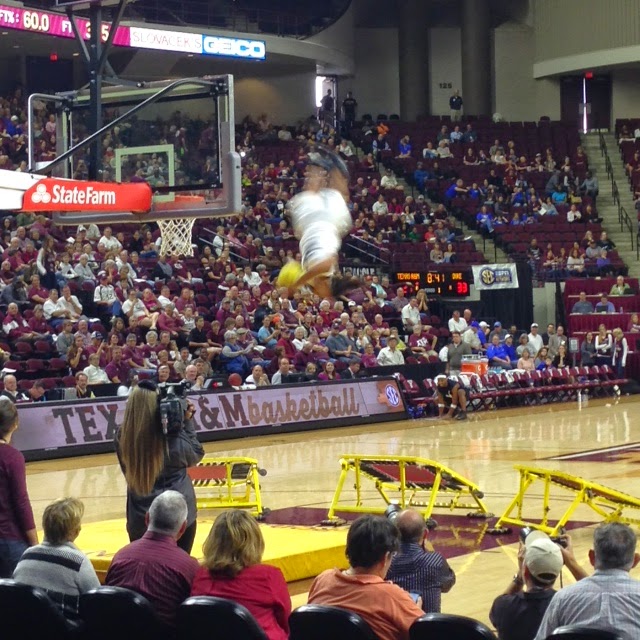 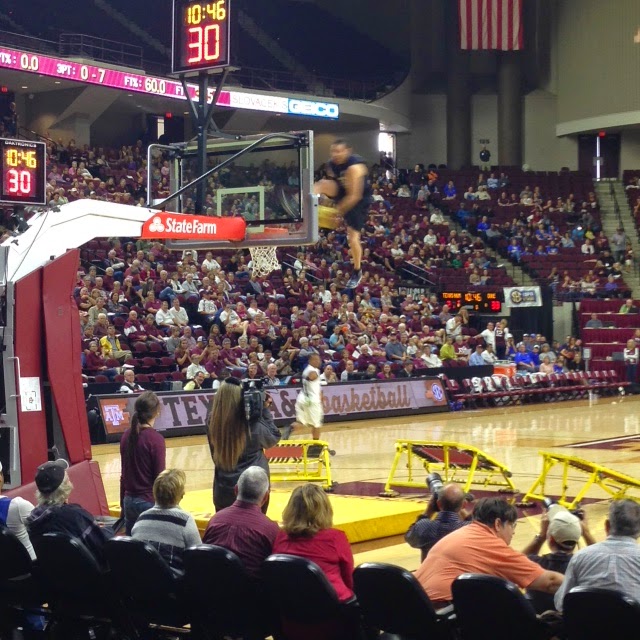 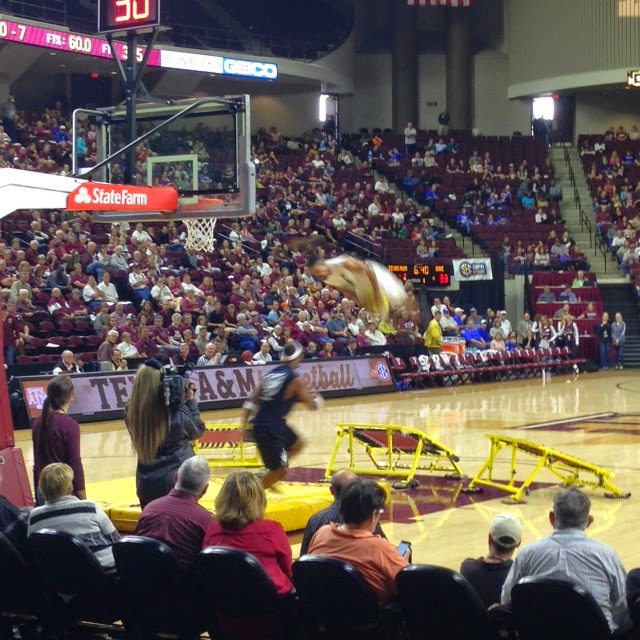