The Biggest Aggie Christmas Tree in the World 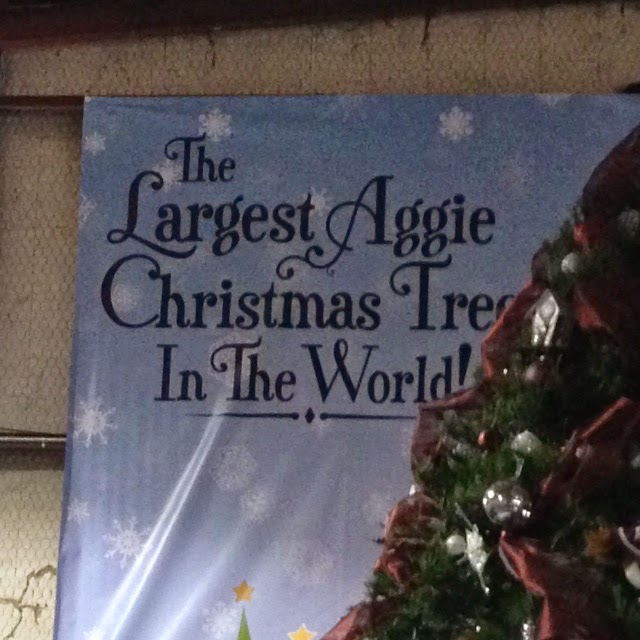 A local screen printing and embroidery company specializing in all things Aggie came up with the idea and organized an entire event - Christmas shopping, ornament decorating, hot chocolate, cookies, raffle prizes, Christmas carols, letters to Santa, and a visit from the big guy himself - around the lighting of this evergreen tree.

I found it interesting that Hallie IMMEDIATELY and with no hesitation whatsoever declared her behavior during the year as "Very Good" on her letter to Santa. 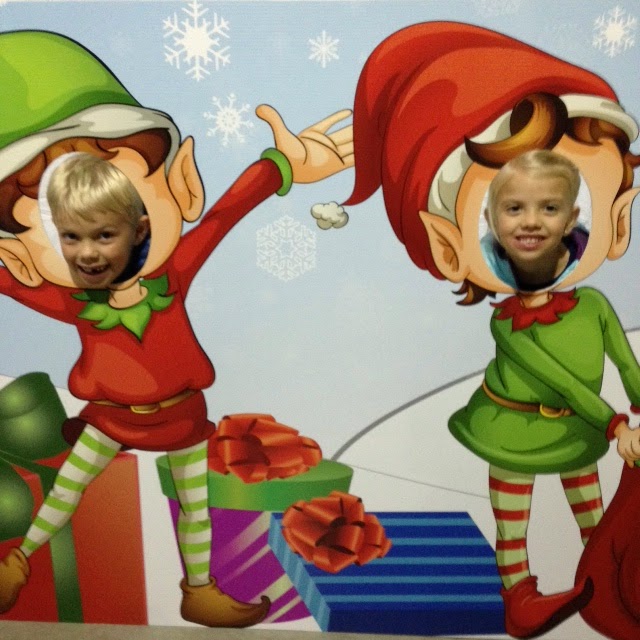 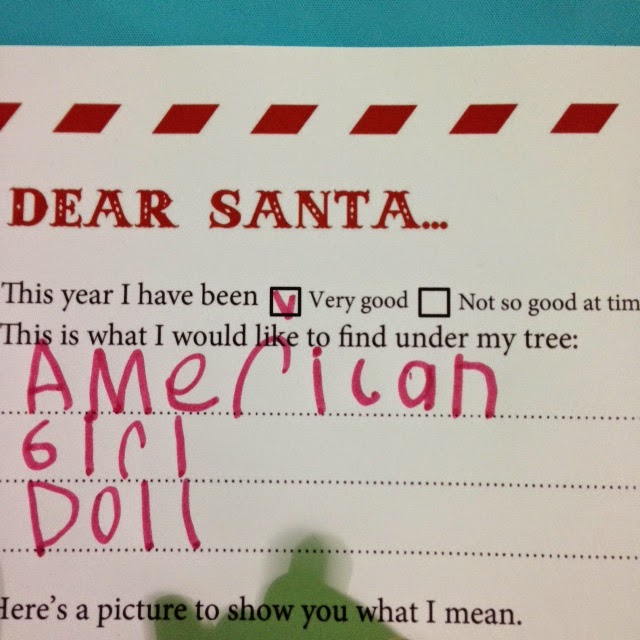 The kids enjoyed the event, though both grew impatient when the official tree lighting didn't take place until 20 minutes after the scheduled and publicized time. (And while Will had time to devour a few snacks and make a reindeer ornament, the delay plus having to leave for karate with Tom meant he missed that special moment when the tree lights finally came to life.) I enjoyed the event as well, both because the host company donated $5 for each child in attendance to their school's PTO and because the cookies were delicious.

When I read "biggest" and "in the world" in the same sentence, I expect to see something Spectacular. Breathtaking. Shocking. Last year's gingerbread house was beautifully decorated and quite large, but it wasn't actually built out of gingerbread. (They built a very basic wooden structure and attached the pieces of gingerbread and melted candy windows to the wooden frame and glass windows.) This year's Aggie Christmas tree was beautifully decorated and quite large, but was it the biggest in the world? I question the authenticity of the claim. 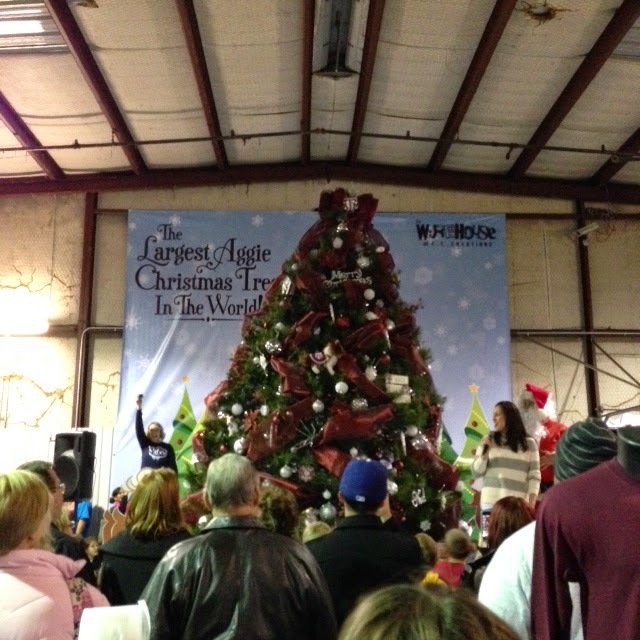 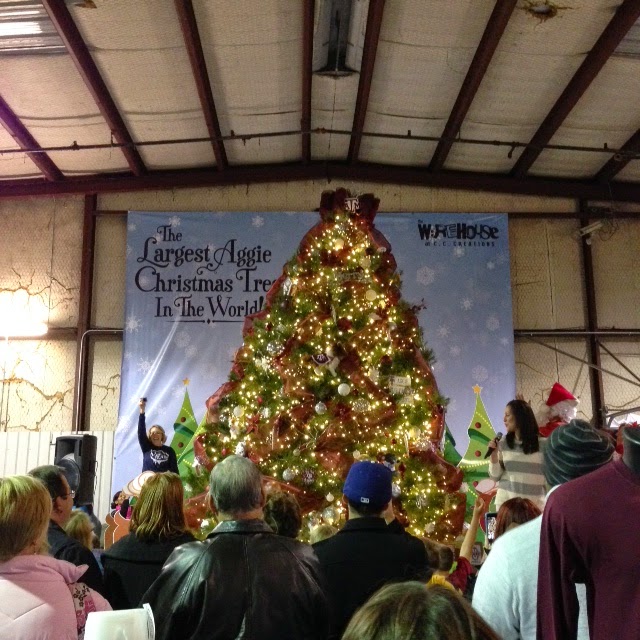 The beauty of the holiday season, however, is that while I notice these pesky details, my kids don't. They remember fondly eating gingerbread cookies and drinking hot chocolate inside the Biggest Gingerbread House in the World. And they'll remember fondly writing letters to Santa and listening to Christmas carols at the lighting of the Biggest Aggie Christmas Tree in the World. And that's good enough for me.
Posted by Chasing Roots at 4:00 AM