Today's post covers two weeks worth of "high fives", since last week I wrote about Will and his birthday on Friday.

1. Last weekend we celebrated Will's eight birthday. He treated his friends at school to Spongebob and Patrick cookies on Friday afternoon, and on Friday evening he tried to cheer the Aggie Women's Soccer Team on to victory. (Unfortunately the Aggies lost for the first time ever with our family in attendance.) On Saturday we dined on donuts for breakfast, visited the pumpkin patch, took in another soccer game (Tom, Hallie, and I relaxed on the sidelines as Will scored a goal and his team won), watched football, played at the park, and finished off the evening with a pizza picnic and a Garfield movie marathon. On Sunday Will celebrated one final time with 20 of his friends, lots of our grown-up friends, two dozen cupcakes, and a Spongebob cake at Powersports.
2. I've said it before, and I'll say it again: Will and Hallie's elementary school ROCKS. A few weeks ago, their principal and assistant principal promised the students that if the students met their Boosterthon fundraising goal, they'd work from the roof of the school. Well, the students met their fundraising goal, so to the roof our principal and assistant principal went. After working up there for a few hours, the principals made the day even more fun by staging a fire drill during which they were "rescued" from the roof by the fire department while all of their students looked on. 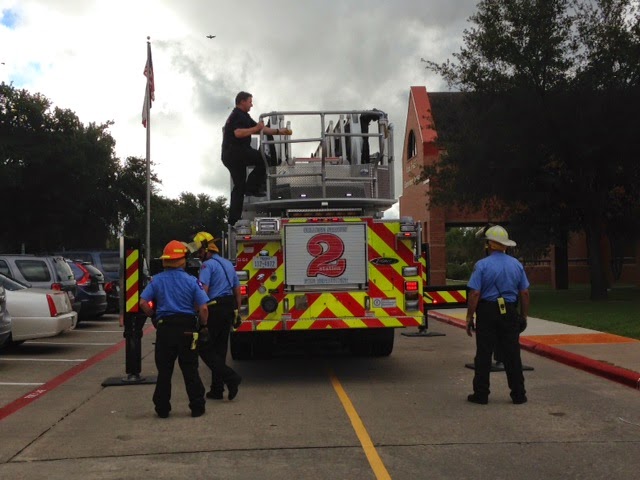 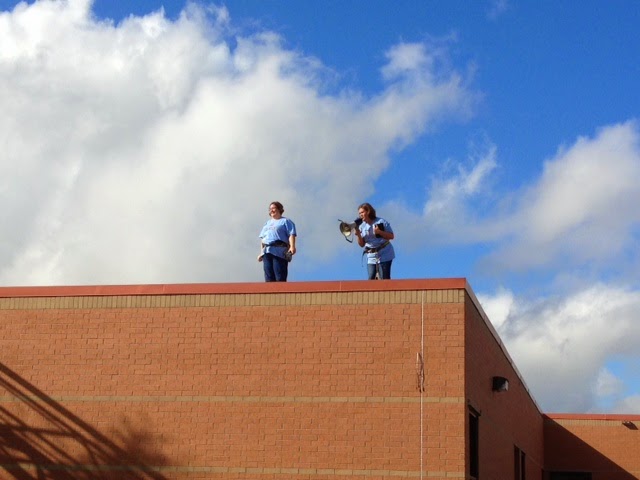 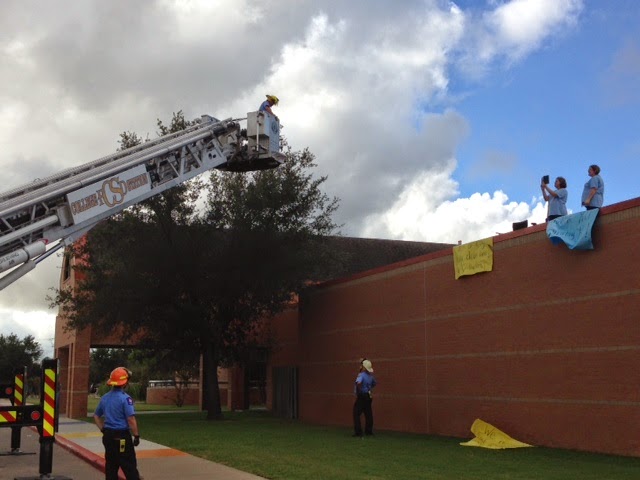 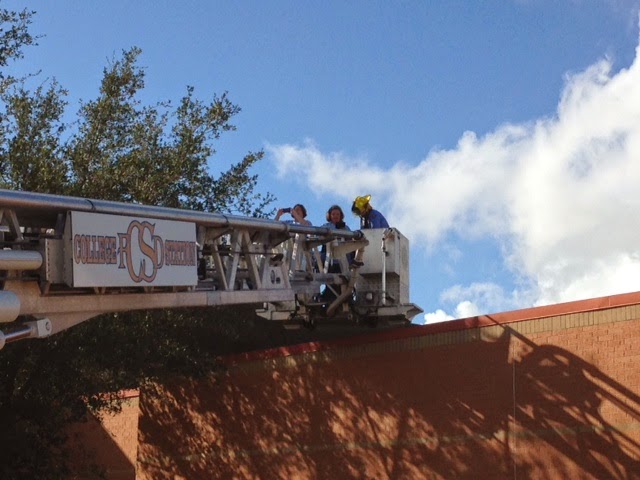 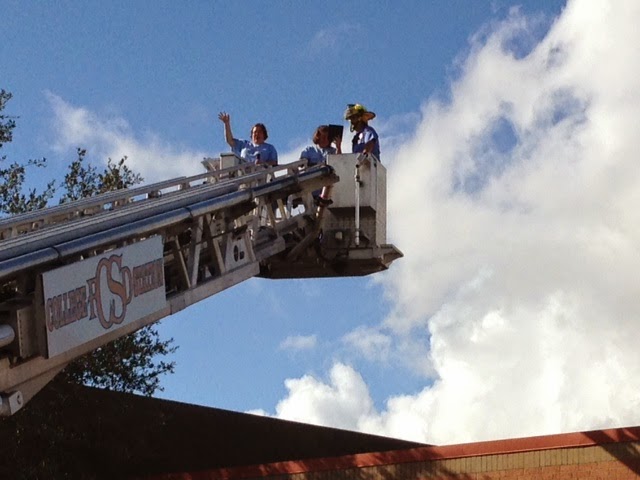 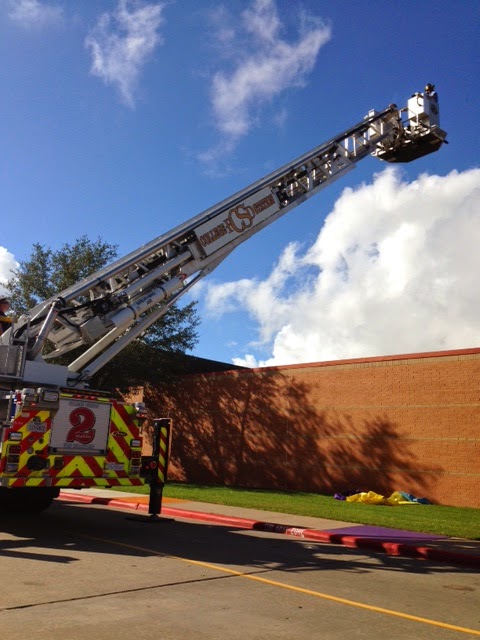 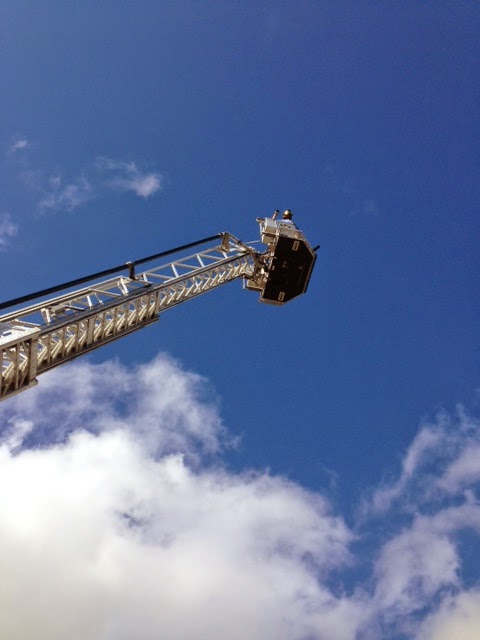 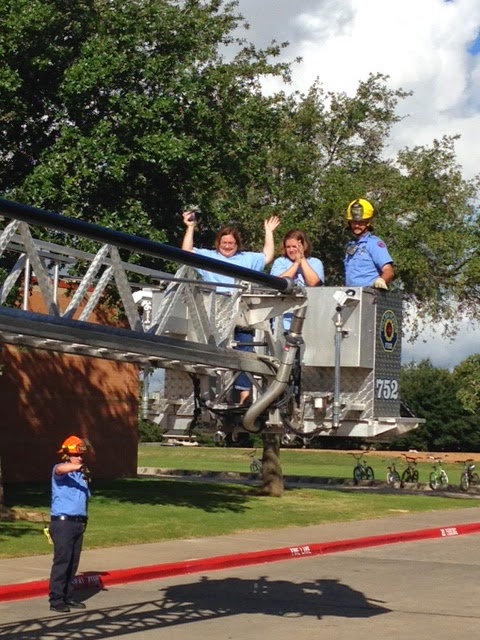 I don't remember my elementary or middle school principals, likely because back in those days, kids only knew their principals if they misbehaved. (Or at least that's what I'm told, and that would make sense because I was, above all else, a rule follower. I never set foot in a principal's office until high school when another student…let's just say "harassed"...a friend of mine and me in the library.) I guarantee, however, that my children will remember their principals. These women make every effort to know and support every single child, in whatever way each child needs, and my kids love them. I love them.

3. Our house is officially all dressed up for Halloween! It may not feel like fall outside, but it looks like fall inside! 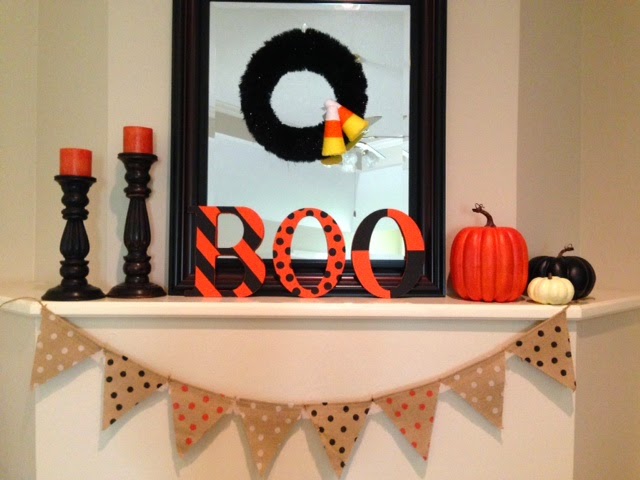 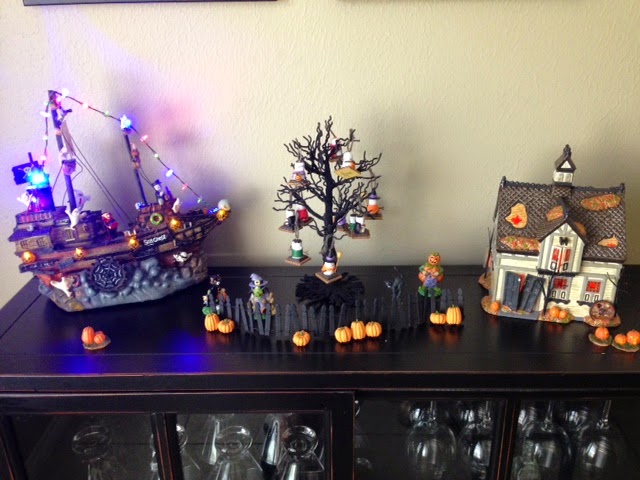 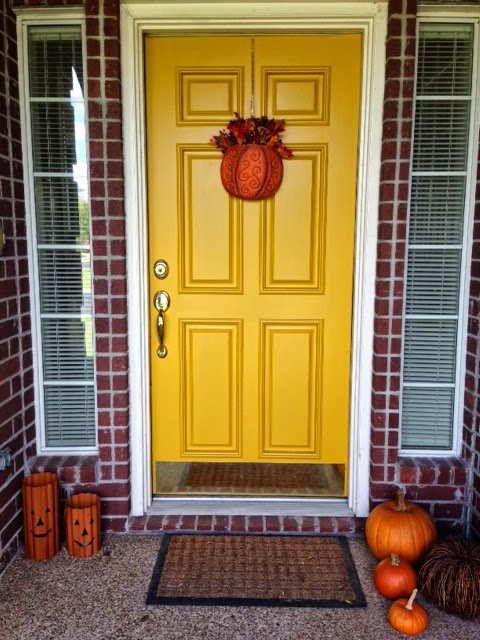 4. This boy competed in his second Tae Kwon Do tournament at the end of September. He placed first in weapons, second in forms, and fourth (after getting disqualified for kicking below the belt - literally - in the third place match) in sparring.
5. Happiness Highlights
Happy Friday, friends!