The Dangers of Spring

Ah, springtime in Texas: sun shining, breezes blowing, flowers blooming. Magnificent color blankets the highway medians, rolling hills, and vast fields that just a month ago were covered with dormant, brown grass. Bluebonnets, in particular, are in full bloom and nearly everyone I know has already taken - or at least scheduled - their annual bluebonnet photo session.

As a new Texan I heard rumors about rattlesnakes hiding out in fields of bluebonnets, but as I had no intention of actually hanging out in fields of bluebonnets, I didn't worry all that much about an encounter. Back then I didn't comprehend how enchanting the water-less seas of blue could feel, and by the time I came to this realization, I'd kind of forgotten about the whole rattlesnakes warning.

I must have forgotten, because I took pictures of Will and Hallie in a (thankfully snake-free) field of bluebonnets last year. My pictures turned out nicely - the flowers look lovely, and both kids smiled and opened their eyes - but I never really did anything with them because I didn't like what the kids wore that day. (I hadn't planned on pulling off to the side of the road for a photo shoot; if I had, I would have asked Will to change his dirty shirt and fixed Hallie's windblown, day-old french braid ponytail.) I figured I could try again the next (this) spring. 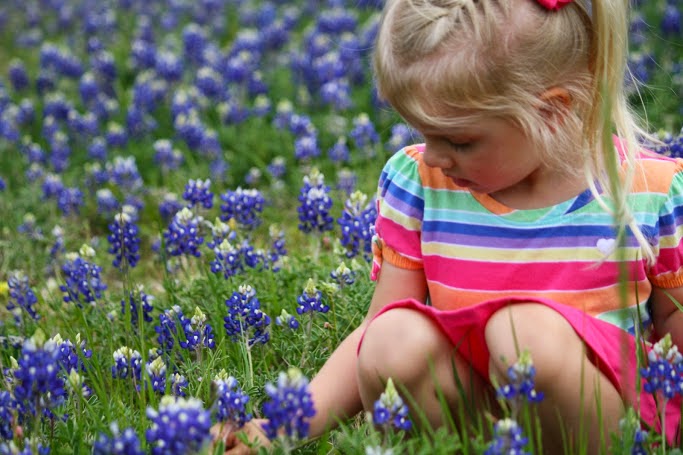 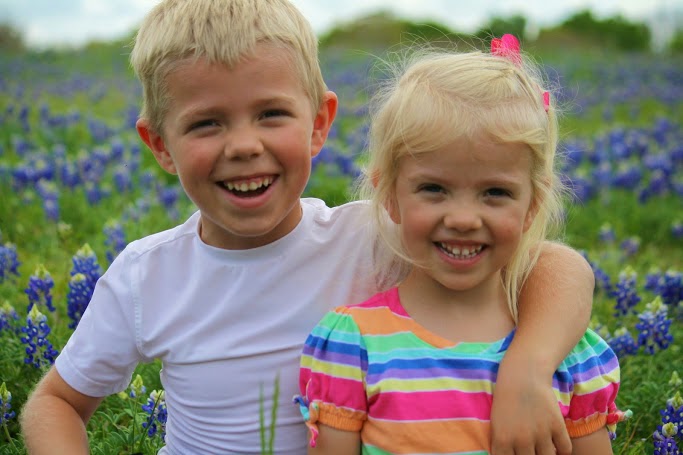 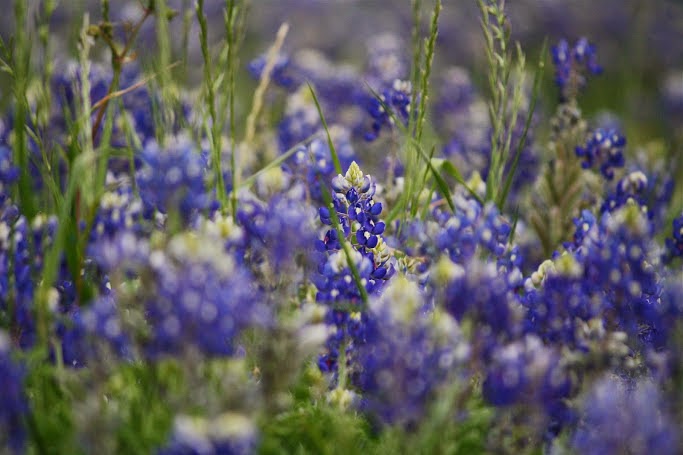 Now this spring has arrived, and so have the bluebonnets. Two weeks ago, while on a walk with the kids, I let Hallie traipse through the first patch of bluebonnets we encountered while making a mental note to find time for a quick photo session at our nearest bluebonnet field. 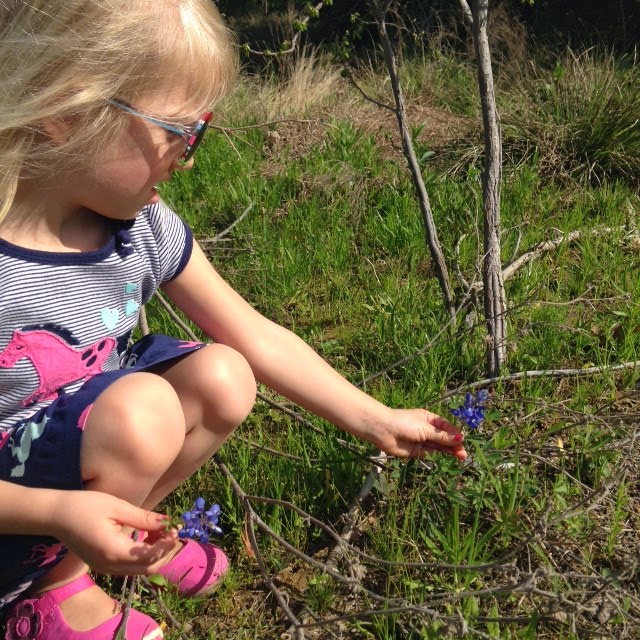 The very next day, plastered all over the news was a warning - in big, bold, flashing red letters - to watch out for…you guessed it…rattlesnakes in the bluebonnets. A man in Austin supposedly ran into this little buddy, took his picture, and submitted the picture to the news to remind others to be careful when heading out for bluebonnet photo shoots. 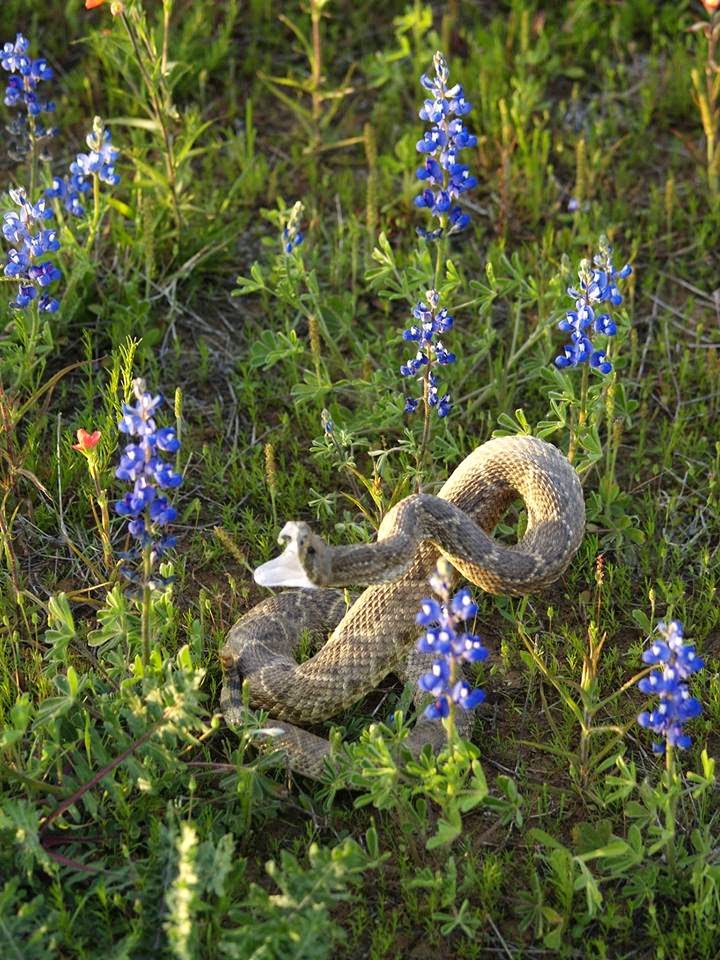 I say "supposedly" because many comments under the original photo indicated that either the snake was fake or the photo was staged. I also say that if there's even a chance I could run into an animal like the one pictured above among the bluebonnets, I probably won't venture into a field again. Ever.

Looks like taking photos of Will and Hallie in the bluebonnets was more of a one-and-done deal than it was an annual tradition...

On a related (to creepy animals who live in Texas) note, do lizards molt? If so, GROSS. If not, a lizard suffering from a terribly disgusting skin disease spent all of yesterday afternoon trying to break into my house. (I almost threw up while taking these pictures.) 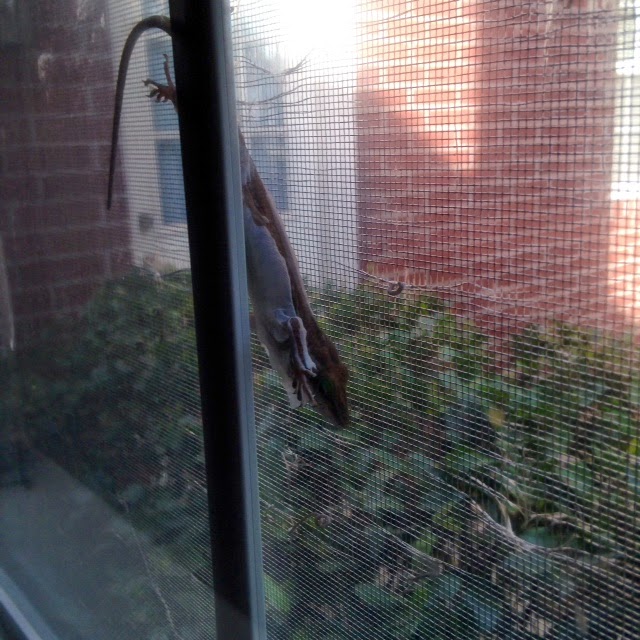 I miss winter already.
Posted by Chasing Roots at 6:00 AM